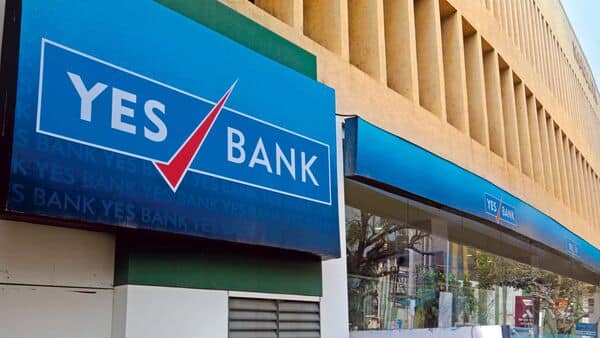 The board of Yes Bank Ltd has selected JC Flowers Asset Reconstruction Co as the highest bidder to become the joint venture partner for the sale of the bank ₹48,000 crore (about $6 billion) in bad debts.

With final approval from the Board Credit Committee on July 13, 2022, the Bank said it had “signed a binding term sheet with JCF ARC LLC and JC Flowers Asset Reconstruction Private Limited (JC Flowers ARC) for a strategic partnership regarding the sale of the Bank’s identified distressed loans”.

The list of conditions will go into effect on July 15.

“As a result, the Bank has decided that JC Flowers ARC will be the base bidder for a proposed sale of an identified distressed loan portfolio of the Bank totaling up to ₹48,000 crore, the bank further said that it is offering to launch a transparent bidding process on the basis of the Swiss Challenge for the sale of this portfolio using JC Flowers ARC’s bid as the base bid .

JC Flowers likely assessed Yes Bank’s bad debt portfolio by ₹48,000 crore to ₹12,107 crores, which will be transferred to the ARC.

The Swiss auction process will begin on Friday for potential buyers to increase supply. US private equity firm Cerebrus Capital, which was in a race to buy Yes Bank’s bad debt, is expected to take part in the Swiss challenge, two people said on condition of anonymity.

Under the Swiss challenge method, an entity makes a bid for an asset and the bid price serves as a benchmark to call for more bids to make a higher bid. Once these are received, the original bidding entity is authorized to match the best bid. This usually happens for buying/selling non-performing assets (NPA).

The agreement will also allow Yes Bank to invest around ₹400 crore for a 20% stake in JC Flowers ARC.

As part of the deal, the mid-sized private sector lender had demanded a bond guarantee of $50 million from potential suitors bidding for the NPAs. JC Flowers was further required to settle the shareholder dispute prior to the acquisition,” the aforementioned individuals said.

Earlier this year, Eight Capital pulled out of the joint venture over a difference of opinion over the auction for Yes Bank’s bad debts. The struggling Mumbai-based manager is also awaiting approval from the Reserve Bank of India for its stake sale.

Meanwhile, the RBI is likely to approve the purchase of Yes Bank’s 20% stake and the sale of Eight Capital’s stake simultaneously, one of the people told VCCircle.

Once the purchase of Yes Bank’s stake is complete, the lender will participate in a rights issue proportionate to its stake in the estimated total fundraising ₹1,800 crore. This will be used by the ARC to cover the 15% cash payment to buy the bank’s bad debts, one of the people said on condition of anonymity.

As per RBI requirements, CRAs are required to purchase bad debts from any lender under the 15:85 structure, where 15% of the net asset value must be paid up front while the balance of 85% is paid in the form of security receipts. .

The deal will further pave the way for Yes Bank to clean up its books and raise additional capital for business growth.

Last month, Mint announced that Yes Bank was in advanced negotiations to close a $1 billion fundraising round with private equity firms Carlyle and Advent International.

Catch all the company news and updates on Live Mint. Download the Mint News app to get daily market updates and live trade news.

* Thank you for subscribing to our newsletter.