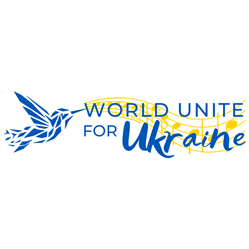 World Unite for Ukraine announces the final list of artists and hosts for its worldwide benefit concert on July 14, 2022

The world unites for Ukraine™, a grassroots global movement uniting millions of people around the world to support Ukrainians and alleviate the humanitarian crisis in Ukraine, today announced its final slate of artists and bands, along with the two co-organizers of the July 14 virtual streaming event. The event will feature 23 artists and bands representing seven countries.

“We are thrilled to see people from all over the world coming together to make a difference for the people of Ukraine whose lives have been turned upside down,” said Victoria Yampolsky, an American entrepreneur from the former Soviet Union who designed and co – founded World Unite for Ukraine. “As we enter the final week before our event, our efforts remain focused on raising as many funds as possible to provide food, shelter, medical supplies and equipment, and many other basic necessities. which they otherwise have difficulty obtaining.”

To be broadcast in more than 25 countries, World Unite for Ukraine will feature music by Pink Floyd, Anti-War Machine, featuring members of The B-52’s and Public Enemy, and Ukrainian singer and songwriter ROXOLANA, among others, as well as appearances by American actor Pej Vahdat. Most recently added is Ukrainian-born English pop band The Bloom Twins. Top artists, actors and celebrities will also participate with messages of support and inspiration, as well as powerful stories from Ukraine highlighting the country’s history, culture and the devastating impact war has had on Ukraine and its people. World Unite for Ukraine’s goal is to raise US$10 million to alleviate the humanitarian crisis in Ukraine through the US-Ukraine Foundation (USUF).

The event will be co-hosted by Vincent Lyn, CEO of We Can Save Children, Deputy Ambassador to the International Commission on Human Rights, Editor of the Wall Street News Agency and Grammy-nominated violinist, multi-disciplinary multimedia artist , composer, producer. and music pioneer Masha Brodskaya.

World Unite for Ukraine’s charitable partner, USUF, is a United States-based 501(c)(3) nonprofit organization that has worked on the ground in Ukraine since 1991. USUF supports the development of democracy, a free market economy and human rights in Ukraine while strengthening ties between America and Ukraine. Donations to the World Unite for Ukraine campaign can be made before, during or after the concert.

To access the July 14 streaming event and purchase tickets, visit https://boxoffice.mandolin.com/products/world-unite-for-ukraine. All ticket sales are tax-deductible donations to the US-Ukraine Foundation.

About World Unite for Ukraine

World Unite for Ukraine™ is a grassroots global movement that unites millions of people around the world to support Ukrainians and alleviate the humanitarian crisis caused by the war in Ukraine. On July 14, 2022, World Unite for Ukraine presents a 90+ minute virtual concert event broadcast to over 25 countries that will feature top international artists, actors and celebrities from the United States, Ukraine and other countries. country of the world. With a goal of US$10 million, World Unite for Ukraine is raising funds on behalf of its nonprofit partner, the US-Ukraine Foundation. Founded by two immigrants from the former Soviet Union, World Unite for Ukraine is supported by a team of over 100 volunteers around the world. For more information, to donate, and to find out how to view the event, visit https://www.worlduniteforukraine.com/ and follow Facebook, Twitter, LinkedIn, instagram and ICT Tac.

Share the article on social networks or by e-mail:

CEB approves €465 million in new loans, appoints new vice-governors and accepts Ukraine’s membership of the Bank at no cost