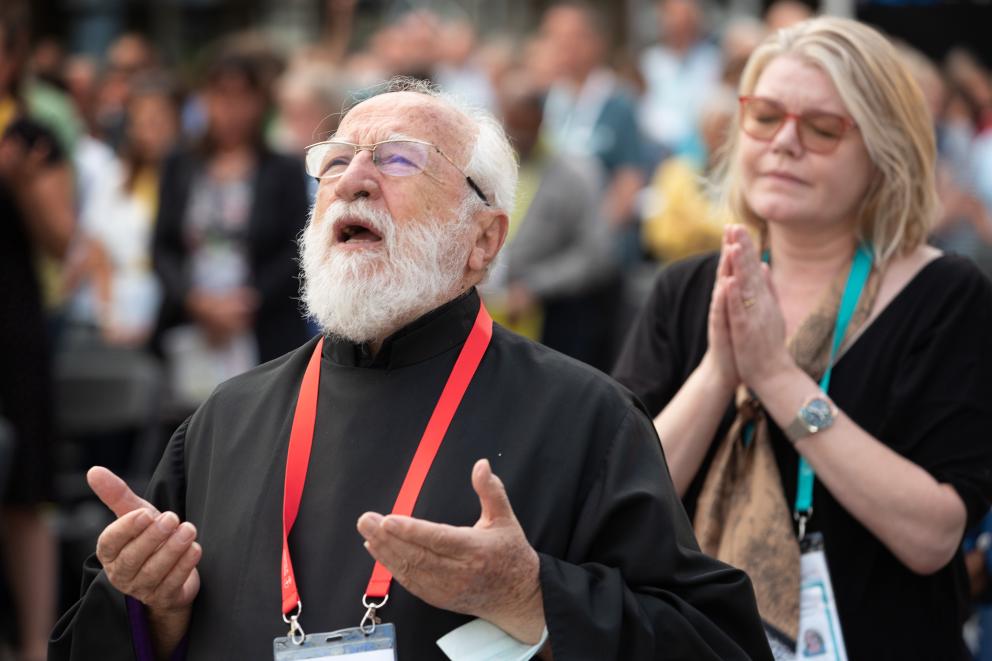 “Seeking justice and peace for all in the Middle East. The assembly heard growing calls from church leaders in the Holy Land for increased intimidation, violations, restricted access to places of worship and attacks by radicals.

“The WCC affirmed Israel’s rightful place in the community of nations, recognizing its legitimate security needs.

“At the same time, we affirm the right of the Palestinians to self-determination and that the Israeli occupation of the Palestinian territories since 1967, as well as the construction and expansion of settlements in the occupied territories, are illegal under international law. and must stop.”

Minute on ending war and building peace on the Korean Peninsula. “…despite the signing of an armistice agreement on July 27, 1953, the Korean War is still not officially over,” the minute read. The minute urges WCC member and partner churches to renew their solidarity and actively support and accompany the Korean churches in their advocacy.

Minute on the situation in West Papua. The minute expresses deep concern over the serious and systemic security and human rights violations in West Papua. “Indigenous Papuan people – the vast majority of whom are Christians – continue to suffer serious and systemic violations of their physical safety and human rights,” it read.

Minute on the consequences of the 2020 Nagorno-Karabakh war. This minute reiterates its condemnation of the use of chemical weapons and cluster munitions, the targeting of civilians, hospitals and public infrastructure, and all other war crimes, beheadings, torture and other atrocities observed during the conflict.

Minute on the Syrian-Aramaic Genocide “SAYFO. » The minute insists that this genocide be named as a historical reality.

During the “Syriac Genocide”, or “SAYFO”, in 1915, more than half a million Syriac-Aramaic Christians lost their lives. “Although taking place in the same historical and political context, these events are understood to be distinct and separate from the Armenian Genocide,” the minute reads.

The meeting received, adopted and approved a WCC 11th assembly statement of unitythat responds to today’s distinctive call to Christian love‘world. Successive WCC assemblies have come up with a statement or theme to challenge churches to reflect on why they have chosen to walk together and what the call to unity means.