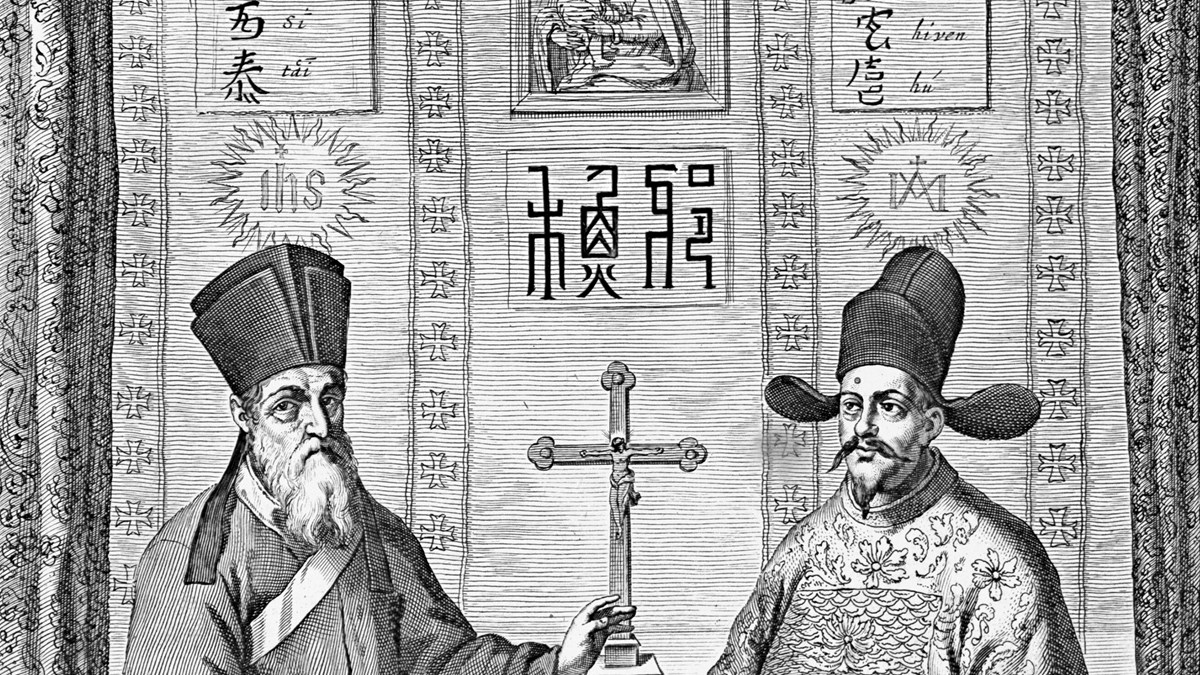 This spring, a Canadian department organized a bu dao hui or “evangelism meeting”, for the Chinese diaspora. Their subject: science and faith. For an hour, the audience learned via the livestream how the Big Bang theory proved the beginning of time and space and the extreme complexity of biological systems and genetic coding indicated the existence of a creator and designer of the universe and of human life. They heard an explanation of “general revelation” and “special revelation.” And they received an invitation to the Gospel.

When the Zoom conference ended, many of the more than 200 viewers offered feedback in the form of a letter. Many “C’s” appeared on the screen, indicating “I am already a Christian”. However, there were also several “A’s”, meaning “I have accepted Christ as my Savior and Lord tonight”.

Using science as a hook to share the gospel has long been a way for Chinese Christians in North America to share their faith with their unbelieving friends. A significant number of China’s best-known evangelists have a scientific background and often speak in churches about the relationship between science and Christianity. Many churches believe that science-related lectures and discussions attract the attention of scholars, a belief that stems from a long history of shifting feelings among Chinese intellectuals about the relationship between science and the Christian faith in the country.

Long before the Roman Catholic Church began sending missionaries to China in the 16th century, Chinese philosophy and worldview were dominated by Confucianism, Buddhism (with Chinese characteristics), and Taoism. Chinese intellectuals and officials did not value science and technology, and science was particularly underdeveloped. Although there were significant advances in some areas of technology in its earlier history, for example during the Tang Dynasty (618-907 AD), China had fallen far behind in science and technology before the Ming dynasty (in the 14th century).

When Matteo Ricci and his fellow Jesuit missionaries to China first arrived in 1583, they quickly became known for their zeal in introduce scientific knowledge in China. Catholic missionaries (the best known after Ricci are Adam Schall and Ferdinand Verbiest) used this strategy to gain a foothold among the Chinese elite (who wanted to strengthen China by learning from the West) and achieve their ultimate goal of spreading their faith. They befriended the senior officers of the Emperor’s court and interacted with highly educated Chinese Confucianist officers-scholars (the most famous of whom was Xu Guangqi, who would later convert to Catholicism). They won respect for their impressive knowledge of astronomy, calendar making, mathematics, hydraulics and geography and became experts in special imperial commissions in science and technology. Their contribution to the development of China made much sympathy for Christianity, and their positive influence on Chinese society and culture is still remembered by Chinese intellectuals today.

Protestant missionaries started coming to China in the early 19th century and soon began to build hospitals and universities. Based on their belief in a holistic mission strategy, they contributed to the development of science and technology in China’s Ming and Qing dynasties, especially in medical science and science education. Many of the best universities and hospitals in China today have their roots in historic universities and hospitals established by Protestant missionaries.

Despite these contributions, during the Ming (1388-1644) and Qing (1644-1912) dynasties, Christianity was mainly considered by Chinese intellectuals as a “foreign religion” harmful to Chinese culture and traditional beliefs, and missionaries as “tools of Western imperialism”. cultural invasion” with a hidden agenda. During times of political turmoil, rulers could fuel nationalist movements and encourage hostility toward Western missionaries. During the “Boxer Rebellion” of 1900, dozens of Western Protestant, Catholic and Orthodox missionaries and thousands of Chinese Christians were massacred throughout northern China.

In the 1920s, the anti-christian movement broke out in China triggered by the 1919 May Fourth Movementadherence to Western ideas about democracy and science. Influenced by Marxism and other non-Christian Western thought, many progressive intellectuals seen Christianity both anti-democracy and anti-science.

After the Chinese Communist Party (CCP) led by Mao Zedong took power in 1949, the Communist government set up the so-called “Three-Self” churches (self-governance, self-sufficiency and self-propagation ) who were ready to break away from “imperialist” forces and cooperate with the CCP. The Three-Self churches became the government-sanctioned churches, and the government persecuted and imprisoned pastors and church leaders who refused to join the system. The nonconformist church eventually became the underground “house churches”. During the Cultural Revolution (1966-1976), house churches and Three-Self churches were banned and destroyed as “old imperialist garbage”. Christianity has been criticized as imperialistic and anti-scientific and, ironically, even “western capitalist science” has been seen as “reactionary”. For the persecuted Chinese church at that time, science was naturally not a priority.

After Mao’s death, China opened its doors to the West. House churches began to grow at an incredibly rapid rate in the 1980s and 1990s and spread from the countryside to rapidly developing cities. Urban house churches had a significantly higher proportion of intellectuals and professionals in their congregations. The Christians of these churches inherited the pietism and fundamentalism of the traditional Christians of the country churches, but at the same time they had much more contact with the outside world (especially after the popularity of the Internet) and were more influenced by the Western theology and philosophy.

The arrival of the internet

After the CCP’s crackdown on the Tiananmen Square democracy movement in 1989, many disillusioned and heartbroken young Chinese intellectuals immigrated to the United States and Canada, and a significant number converted to Christianity. Most of these immigrants were graduate students and scholars in the natural sciences, so they had a particular interest in the relationship between science and Christianity.

As Internet access became commonplace in the 1990s (and before the creation of the Great Firewall), BBSes and online forums became a popular destination for Chinese Christians around the world to engage with non -believers and practicing internet evangelism and apologetics. The hottest debates were about science versus Christianity, specifically evolution versus creation, and whether “science has disproved God.” The controversy is not surprising given that China’s official ideology has been Marxism-Maoism (which has been referred to as “scientific socialism”) and that official education in China had indoctrinated students with anti-social dogmas. -religious.

Over the past two decades, the Chinese church’s most influential book of apologetics has been song of a wanderer (You Zi Yin), written by Li Cheng, an evangelist with a doctorate in biology. The book contains remarkably much discussion of science and faith, especially criticism of the theory of evolution, and it has been the number one choice for a book of apologies for Chinese churches and Christians to give to their research friends, many of whom have a scientific background, as a gift.

Today, urban house churches in China (which are even more persecuted) and diaspora Chinese churches outside of China continue to face the challenges of secularism and materialism. In their evangelism and apologetics, Chinese Christians still often encounter opposition from scientism and other modernist thought, as well as from postmodernism.

In mainstream society, the majority of scientists in China continue to regard Christian creationism (especially Young Earth creationism) as anti-science religious nonsense, denying the truth about evolution. However, the attitude toward science-related Christian apologetics among Chinese scholars today is not entirely hostile.

In July 2021, a video by the famous physicist Chen-Ning Yang, one of the few Chinese Nobel laureates and one of the most respected scientists among the Chinese, has been published on the Internet. In the video, Yang answered the audience’s question “Does God exist?”

“If you’re talking about an anthropomorphic ‘god’, I don’t think such a being exists. But if you ask me if there is a Creator of the Universe, I think there is,” he said. “Because it is no coincidence that the world has such a delicate structure… The laws of nature are so ordered, but the combinations are random, so any product with a purpose must be a product of a smart design.”

Although there is no other evidence indicating that Yang converted to Christianity, he seems to have become theist or deist because of new scientific discoveries.

Within Chinese churches, national or in the Diaspora, there is diversity in the views of Chinese Christians on creation versus evolution. Young Earth creationism is still the most accepted by Chinese Christians in China and abroad. Last year, ReFrame Ministries translated two pounds in Chinese discussing the debate between creation and evolution. One book presents diverse Christian perspectives on the issue, another focuses more on intelligent design. At the end of June 2022, the organization will publish another book, Above All Things: The Romance and War of Christianity and Sciencewritten in Chinese and co-authored by Jidian (myself) and Xiao Zao, two Chinese evangelists with scientific training (chemistry and physics).

There is still work to be done for Chinese Christians to overcome an anti-science mentality (mostly rooted in fundamentalism) and for the field of apologetics to learn to harness the goals of modern science evangelism. Christian apologetics and evangelism must be person-specific and be particularly sensitive to the cultural and historical background of the seeker. In this context, arguments of strategic scientific apologetics can carry particular weight, especially when engaging Chinese intellectuals. I hope the historical reflection in this article can benefit Christians in contextualizing their apologetic and evangelistic efforts.

[ This article is also available in
简体中文 and
繁體中文. ]

What are commercial real estate loans?