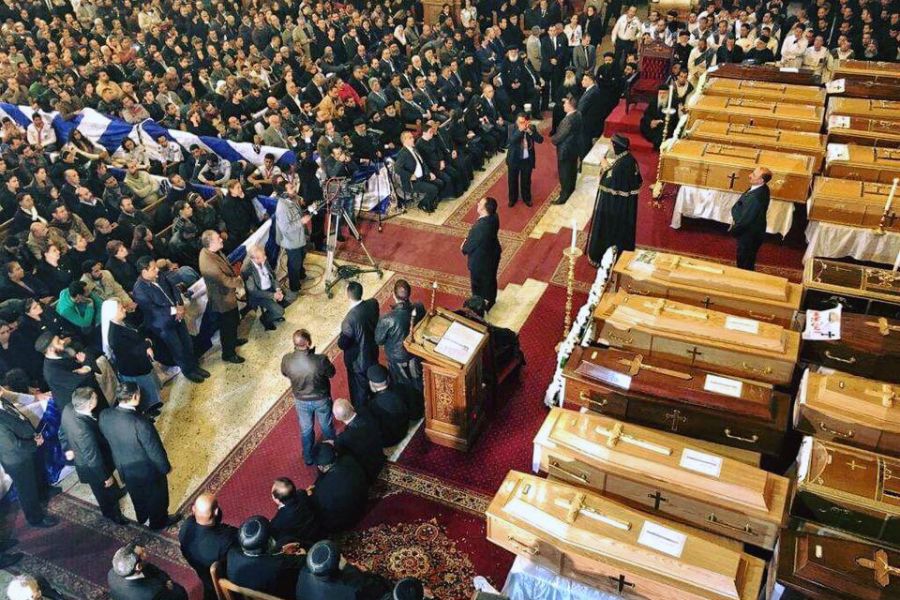 Who are the Coptic Christians? A tragic church deals a blow to a persecuted group

Because it rejected the Council of Chalcedon of 451, the Coptic Orthodox Church does not recognize the Catholic Pope and instead has its own Pope, who is the Bishop of Alexandria and claims the apostolic succession of St. Mark .

Its highest form of worship, akin to the Catholic Mass, is the Divine Liturgy.

Why are they persecuted?

Coptic Christians have been a frequent target of terrorism in Egypt, especially since the rise of the Islamic State. Beyond general anti-Christian sentiment among Muslims, Egypt’s Copts have been accused by their Muslim neighbors of aiding the rise to power of President Abdel Fattah el-Sisi, who came to power after ousting of the Muslim Brotherhood in a military coup in 2013 and which enjoyed public support from Coptic leaders.

In February 2015, the Islamic State released a video online showing masked fighters beheading 21 men as they knelt on a Libyan beach wearing prison-style orange jumpsuits. The Egyptian government and the Coptic Orthodox Church later confirmed the authenticity of the video, and the men are now honored as saints in the Coptic Church.

In Trabzon, the Ecumenical Patriarch Bartholomew presides over the Great Vespers of the Dormition of the Theotokos – Of the Archdiocese