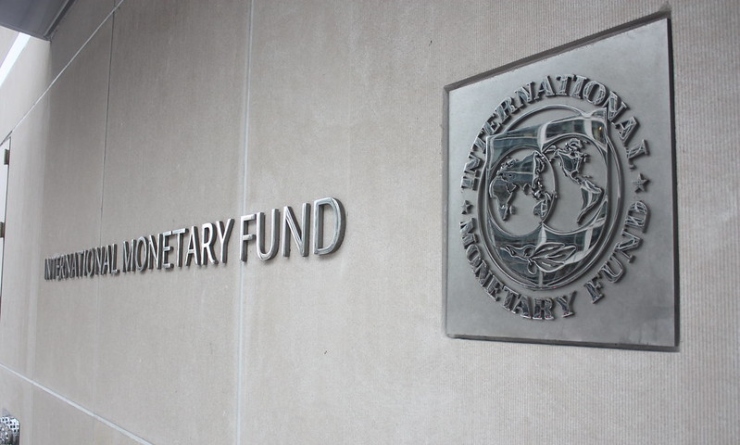 Independent central banks tend to make promises of anti-inflationary policies credible and lead to greater economic stability. Indeed, they are bound by their legal mandates to price stability, without competing for popular votes. Bernhard Reinsberg, Andreas Kern, and Matthias Rau Göhring write that an independent monetary authority also insures against the misuse of rescue loans from the International Monetary Fund. Their research shows that as a result of IMF programs conditional on central bank independence, political pressure on monetary policy is easing.

The International Monetary Fund (IMF) is infamous for its economic policy prescriptions that seek to liberalize markets, deregulate prices, and privatize state-owned enterprises. Countries in economic difficulty must commit to implementing such economic policies to access new loans from the institution. A lesser-known political condition that is regularly found in IMF programs requires countries to strengthen the independence of their central banks. Our latest research explains why.

Why central bank independence matters to the IMF

The independence of the central bank (CBI) is the cornerstone of a prudent economic policy. A seminal article by economist Kenneth Rogoff explains why: Governments find it difficult to credibly engage in low-inflation policies because they cannot resist the temptation to pump up the economy before elections, using their ticket presses. In this logic, the delegation of monetary policy can make the promises of an anti-inflationary policy credible. Indeed, independent central banks are bound by their legal mandates to price stability without competing for popular votes. But why has central bank independence become a cut-off criterion in many IMF programs?

By insisting on reforms towards greater central bank independence, the IMF pursues several objectives. In the short term, handing over the policymaking power to an independent central bank promises insurance against the misuse of IMF bailout funds. An important feature of IMF loans is that funds are often disbursed through national central banks. But politically captured central banks are helping governments foot their bills through data manipulation and misrepresentation.

Tajikistan is a good example. Saving Tajikistan from the brink of default in 2005, the IMF audit overlooked a major central bank credit guarantee program that guaranteed the financial claims of politically well-connected banks with nearly all of its foreign exchange reserves. Not having included conditions aimed at strengthening the independence and transparency of the central bank in its initial lending program, the IMF remained inactive because “the Tajik authorities were able to falsify data on national reserves” to allow Senior government officials to siphon nearly $ 300 million out of the country. . Therefore, separating central banks from political interference and increasing the transparency of financial accounts is a key step in preventing fraud in the use of IMF funds.

The benefits of central bank independence in the context of IMF lending extend beyond the short term. By dissolving central banks from government leaders, the IMF can lock in “sound” monetary policies that help countries comply with IMF macroeconomic policy prescriptions. This increases the chances that countries will complete IMF-backed lending programs and helps restore investor confidence in the long-term recovery of countries in crisis.

To create a systematic database of central bank independence conditionality, we drew on the IMF Monitor’s database and identified 596 relevant provisions out of over 38,000 individual policy conditions in 124 countries. 1980 to 2012. We find that CBI conditionality is common, in -4th of all active IMF programs during this period.

CBI conditionality continues to be relevant today. Ecuador provides an example. Seeing the Ecuadorian economy heading for a financial cliff in 2020, the IMF withheld a much-needed $ 6.5 billion loan until the government legislates more political independence for the central bank. Ecuador is no exception: Argentina, Jamaica, Mauritania and Mongolia are on the long list of IMF clients who have been prompted in this way to relinquish control of their printing presses.

Bring transparency where it is most needed

If CBI conditionality is so beneficial, why is it not included in all IMF programs? Any IMF set of conditions is the result of a negotiation process between the IMF and borrowing governments. Assuming that the IMF would still be interested in CBI terms, we turn to the cost-benefit calculation of governments. From a borrowing government’s perspective, the benefits of CBI conditions for restoring market credibility must be balanced with the costs of losing a powerful instrument to boost economic prospects. In countries where there are few institutional checks and balances to limit government interference in economic policy-making, central bank independence is a politically less bitter pill to swallow but effective in restoring confidence. of the market. In related research, we show that CBI conditionality is indeed effective in promoting central bank independence and leading to greater economic stability.

Our results have important policy implications. In times of growing political pressure on independent central banks, such as the recent wave of populism, the IMF can be a “white knight” in their defense. We find evidence that this is the case. Following IMF programs with CBI conditionality, political pressure on national central banks is easing. With its power to withhold funds, the IMF is in a key position to effect institutional reforms that would otherwise be difficult to sustain.

Author disclaimer: This article should not be presented as representing the views of the European Central Bank (ECB). The opinions expressed are those of the authors and do not necessarily reflect those of the ECB.