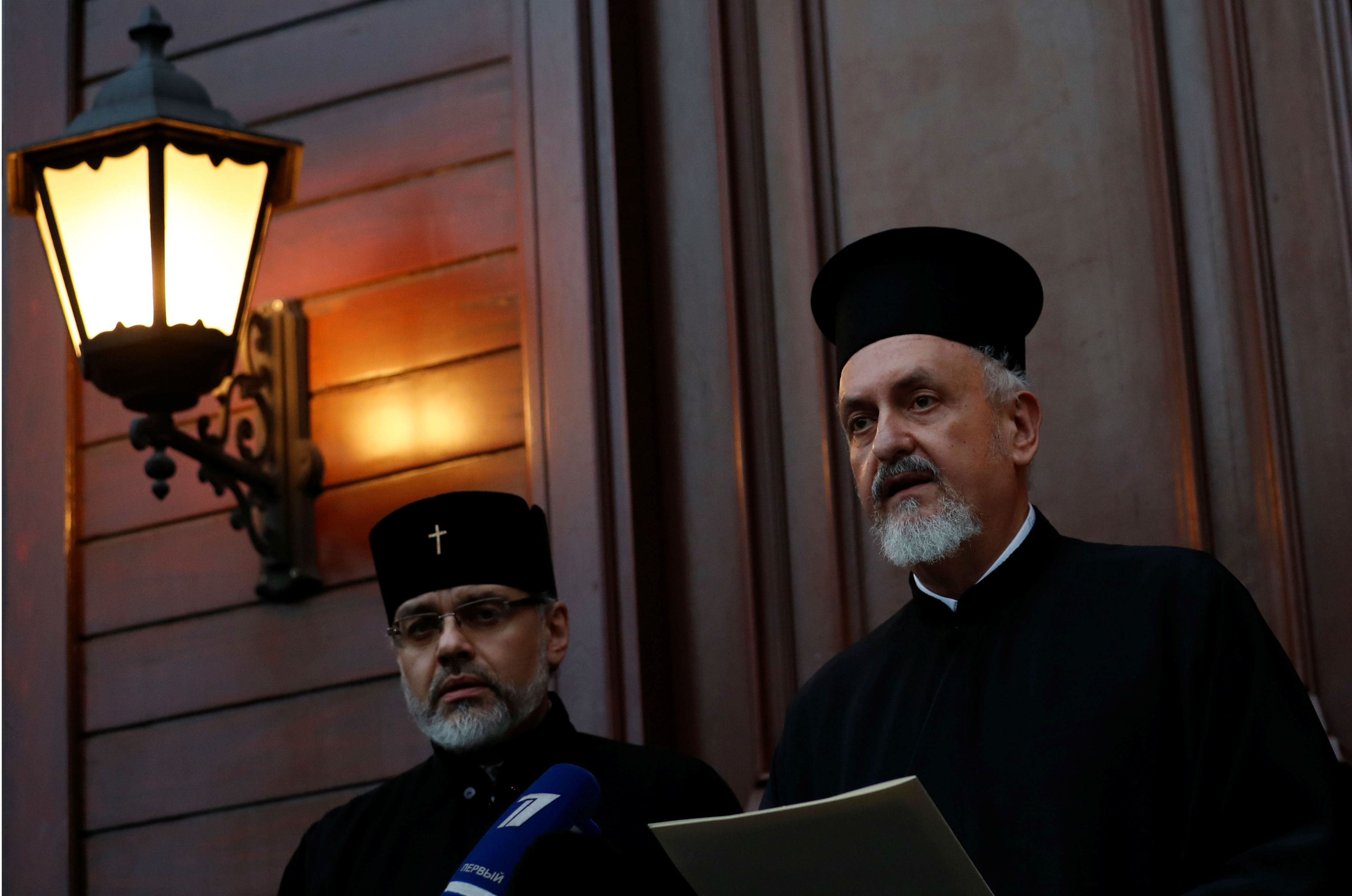 Metropolitan Emmanuel of France reads a statement after the Synod meeting at the Ecumenical Orthodox Patriarchate in Istanbul, Turkey, October 11, 2018. REUTERS / Murad Sezer

Last week, the Ukrainian Orthodox Church received confirmation that it will likely gain the independence of Moscow it has long sought. The question is complex and the terminology foreign to most readers. The question of the Ukrainian church is like an iceberg. What appears above the surface is political, but much of it below has nothing to do with politics. Millions of Orthodox Ukrainians were considered out of spiritual unity with the rest of the Orthodox world. Thousands of other Orthodox Christians who belonged to Ukraine’s only legitimate Orthodox Church, the Ukrainian Orthodox Church (UOC), felt uncomfortable there as it appears to be channeling Russia’s political agenda. This is the same country that annexed Crimea and launched a Hybrid War in eastern Ukraine.

The Moscow Patriarchate and its branch structure in Ukraine, the UOC, have failed to resolve the pastoral problem caused by the ecclesial schism. It was addressed, however, by the Church of Constantinople, which had implanted Christianity in the medieval state of Kyivan and was responsible for the Kyivan Metropolis (an administrative unit of the Orthodox Church) until it gave Moscow certain rights to manage Ukrainian ecclesial affairs in 1686. On October 11, the governing body of the Ecumenical Patriarchate, called the Holy Synod, revoked these rights in Moscow and reestablished its own control in Ukraine. Indeed, the Ecumenical Patriarchate restored the status quo that existed on the territory of modern Ukraine at the end of the 17th century.

Although this decision appears to concern the distant past, it has a wide range of political and church implications that apply today. The most important ecclesial implication is that the schism in Ukraine has effectively ended. The faithful who belonged to unrecognized Orthodox churches are now in fellowship with the rest of the Orthodox churches around the world. The leaders of unrecognized churches have been restored to their episcopal and priestly degrees. Constantinople thus exercised its right to receive appeals outside its own jurisdiction. Constantinople also invited these churches to form a new ecclesial structure, to which it intends to grant full independence (or autocephaly) by issuing a founding act, called a Tomos.

The decision of the Ecumenical Patriarchate directly affects the position of the Ukrainian Orthodox Church-Moscow Patriarchate, which was effectively brought back under the jurisdiction of Constantinople and had the opportunity to become a key player in building a new Ukrainian Church independent. The UOC, however, rejected the offer and aligned itself with Moscow. The Moscow Patriarchate has partially severed official relations with Constantinople, and tougher responses are expected on October 15, during the session of the Holy Synod of the Russian Church.

Moscow says the project is purely political, backed by the United States, and serves the interests of Ukrainian President Petro Poroshenko. For example, Russian Foreign Minister Sergei Lavrov said in a recent interview: â€œRegarding the problems of the church, the interference [of the state] church life is prohibited by law in Ukraine, Russia and, hopefully, in any other normal state. However, when the United States Special Representative on Church Relations Matters [editorâ€™s note: this is false] openly welcomes the decision of Patriarch Bartholomew, when K. Volker, who is supposed, on behalf of the USA, to contribute to Ukrainian normalization on the basis of the Minsk agreements, makes his statements on these processes, in this case we say: If the shoe fits, wear it. â€The irony is that his statement comes from a politician who accuses other politicians of interfering in church affairs. Moreover, Lavrov’s statement follows the meeting of Vladimir Putin focused only on the issue of the Ukrainian church with its Security Council on October 12. It seems that this issue has become extremely important in Russian politics.

It is also important in Ukrainian politics. There the issue became part of the national strategy to suppress Russian aggression and protect the territorial integrity of the state. In Ukraine, many believe that since Russia has used the church to challenge the Ukrainian state, the Ukrainian state should therefore protect itself by weakening the ties between Ukrainian orthodoxy and Russia.

In addition to serving the national interest, an independent Ukrainian church can help the political interests of Poroshenko, who is seeking re-election in 2019. Constantinople’s decision to grant autocephaly to the Ukrainian church could become the most significant achievement by Poroshenko. That is why he should be disappointed with the Ecumenical Patriarchate’s decision to restore his metropolis, instead of giving autocephaly to the Ukrainian church. He even tweeted that the Oct. 11 ruling granted the church autocephaly, which it did not. Poroshenko expected the Synod to grant independence to the church, not a metropolis dependent on Constantinople. Despite this frustration, the Tomos is still very likely to be released soon. The October 11 decision will certainly facilitate this much-anticipated document.

Father Cyril Hovorun is the Acting Director of the Huffington Ecumenical Institute at Loyola Marymount University in Los Angeles, California.