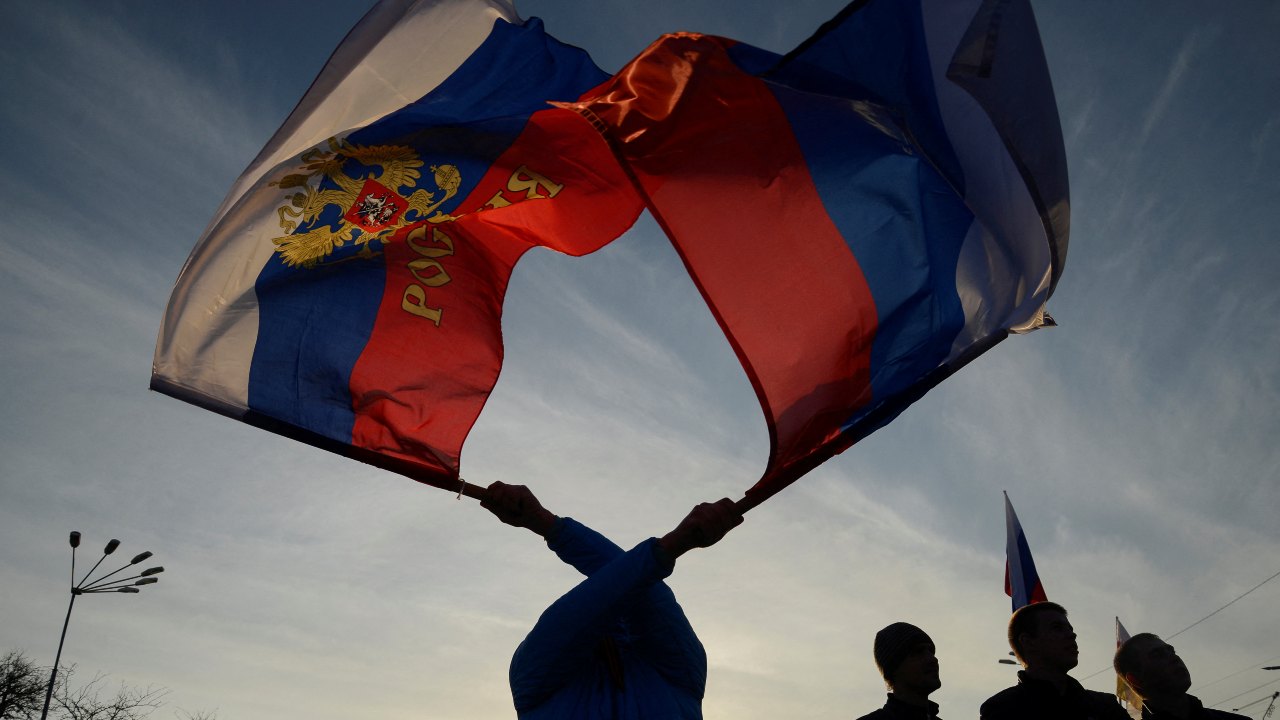 It is naïve in the extreme to pursue the appeasement of a Kremlin dictator bent on exterminating a great European state. American policy must change.

Russia must be stopped. This cannot be done by the United States slowing down the military aid the Ukrainians are asking for – self-propelled artillery, aircraft, armor, mobile air defense and multiple rocket launchers. Without this equipment, Russia wins. So what?

It is true that Slovakia provided a S-300 air defense system and that the Czechs and (apparently) the Poles will send together more than 100 T-72 tanks. Sweden will send modernized armored vehicles, just like Great Britain and Australia.

But large quantities of big-ticket items like fighter jets and other advanced weapons have been deemed provocative and aggravating by the Biden administration, which fears they could spark a wider war, possibly leading to World War III. world. (There was April 13 signals that the administration can provide heavy weapons, including howitzers, although it is doubtful whether the items discussed will meet the huge needs of Ukraine.)

It’s paralysis that passes for caution. It recycles the very psychology that got us to this point. It also undermines our credibility within NATO and around the world. By ceding the initiative to the nuclear-armed aggressor, it makes a wider war more likely, both with Russia and with China.

The US sanctions imposed to date affect Russia more than a 30-year-old MiG-29 aircraft. Putin has already declared their imposition an “act of war”. But Russian military doctrine does not envisage “the escalation [to use of nuclear weaponry] defuse,” in the absence of an invasion from Russia or an existential threat.

The problem is even deeper. The meaning of “provocation” is the opposite of the West and Putin. While the worried West may view his actions as a provocation, they would in fact be seen by Putin as a red light. In 2018, US air assets decimated a combined Russian Wagner/Syrian group assault versus a US compound in Syria, killing an estimated 200-300 people. In 2015, Turkey, a member of NATO, beaten down a Russian Su-24 using an American-made F-16, when it strayed into Turkish airspace – and Russia was not waging war on Turkey. Putin has remained silent on both occasions.

On the contrary, an American avoidance of what we consider a provocation is for Putin another affirmation of our self-deterrence. This emboldens the Russian leader, fuels his contempt for a risk-averse West and reduces his calculation of risk. This, in turn, increases the risk of precisely what we seek to avoid. We then retreat even further, and Putin advances into the vacant lot. It becomes a self-catalyzed chemical reaction. We, as much as Putin, weaponize his threat of nuclear mutual assured destruction as a one-way street against ourselves.

The United States continues the spirit that contributed to the disaster in Ukraine today. It’s been that way for years. The fear of “provoking Russia” and the wringing of hands, stamping of feet and clearing of throats are hallmarks of our dealings with a ruthless Kremlin adept at finely judging enemy weakness.

Sanctions have been our moral balm. What’s the message when the US suppresses news of a hit hypersonic missile test to avoid “the escalation of tensions”, when President Biden was about to visit Europe in March?

The deterrence that accompanies the concrete expression of the will by the delivery of heavy weapons always involves risks. But no act of deterrence is at risk. The consequence of our self-deterrence signals a likely future capitulation to a possible Russian ultimatum to cease aid. This means that a Russian invasion of Finland, if it had the capacity, would meet no stronger response than in Ukraine. This means that any aggression by China, Iran or North Korea will be met with resistance. . . but only up to a point. A nuclear state can blackmail the world as it wages war on a non-nuclear state. It’s not strategy, logic or prudence. It is a self-addressed invitation to extinction.

The administration’s repeated insistence on the sacred obligation to defend every square inch of NATO territory ignores Putin’s stated war aims – he has made clear that this is simultaneously a war against United States and NATO. Recall that the springboard to the expanded invasion in February was his December 17 Ultimatum that the United States outsources our security to the Kremlin and that NATO self-destructs.

The obligations of NATO members are not explicitly stated in the text of article 5, requiring only “such measures as it deems necessary”. It is rather the interpretation of each of the members, their recognition that if article 5 loses its supposed meaning, the credibility of the alliance crumbles. Credibility and self-interest are – or should be – also the driving force behind our assistance to non-NATO countries. The absence of a NATO obligation cannot be a sufficient reason to deny armament to a friendly state fighting for its life. Only by helping do we show that NATO is willing to pay (part of) the price of deterrence.

How does Russia – and other enemies – rate our resolve given our inability to supply enough heavy weapons to Ukraine? And what is our obligation, given

We would also buy again, albeit in the 11and hour, the fateful decision of 1991 to make Russia the economic and military legatee par excellence of the USSR.

A prescient US Navy study in 1993 warned that:

“The regeneration of Russia as a superpower succeeding the Soviet Union will be a threat to the security of Ukraine and Europe. The United States will have helped create a regime that poses a serious threat to the democratic community of states. The desire to allow Russia to become the only nuclear and economic power to emerge from the Soviet Union is a dangerous prospect for Western security. If Russia embarked on a replenishment campaign, what options would the West have? Ukraine provides the United States with a potential regional counterweight to Russian territorial expansion.

A Russian victory – however defined – would be a disastrous signal. He would reopen the door to the horrors of the 20and century when mass-murdering tyrants redrew borders and annihilated countries at will. The 1945 settlement was an American settlement and at its heart was Rule #1: No Territorial Conquest.

The official Russian news agency RIA Novosti published on April 4 a rambling article of 2,400 words by pro-government journalist Timofey Sergeitsev, denouncing the Ukrainian state and all pro-independence citizens (polls record this number at more than 90%), promising its “denazification” over several generations and its dissolution into “people’s republics”, as well as the elimination of the Ukrainian elite. Russia will oversee this process alone because the dissolution of Ukraine “is a purely Russian affair”. It’s a handbook of genocide, “an explicit program for the complete elimination of the Ukrainian nation as such,” as Timothy Snyder wrote. Since 1945 we have repeated the phrase “Never again” and yet this is what we face today.

In the face of such monumental precedents and consequences, denying heavy armament to Ukraine neutralizes our credibility in terms of deterrence, no less than renunciation of our obligation to a NATO member, for example Luxembourg. The risks of “escalation”, whether through the transfer of such weapons or through compliance with Article 5, are conceptually identical.

Right now, the United States is discouraged. NATO is discouraged. Putin is not. To deny needed aid to Ukraine is madness precisely because denial is orders of magnitude greater “provocation” than what emboldened Russia to attack our forces in Syria.

Without determination or sagacity, we pave the way for enemy victory over a free people, erase the titanic sacrifices of World War II, and make a descent into a new world war more likely. The window closes. Fast.

Victor Rud is the former president of the Ukrainian American Bar Association and now chairs its Foreign Affairs Committee. He is a graduate of Harvard College and Duke University Law School.

This is an edited version of a speech Mr. Rud gave at the US Military Academy at West Point earlier this month.

Ecumenical Patriarch: No problem can be solved by war