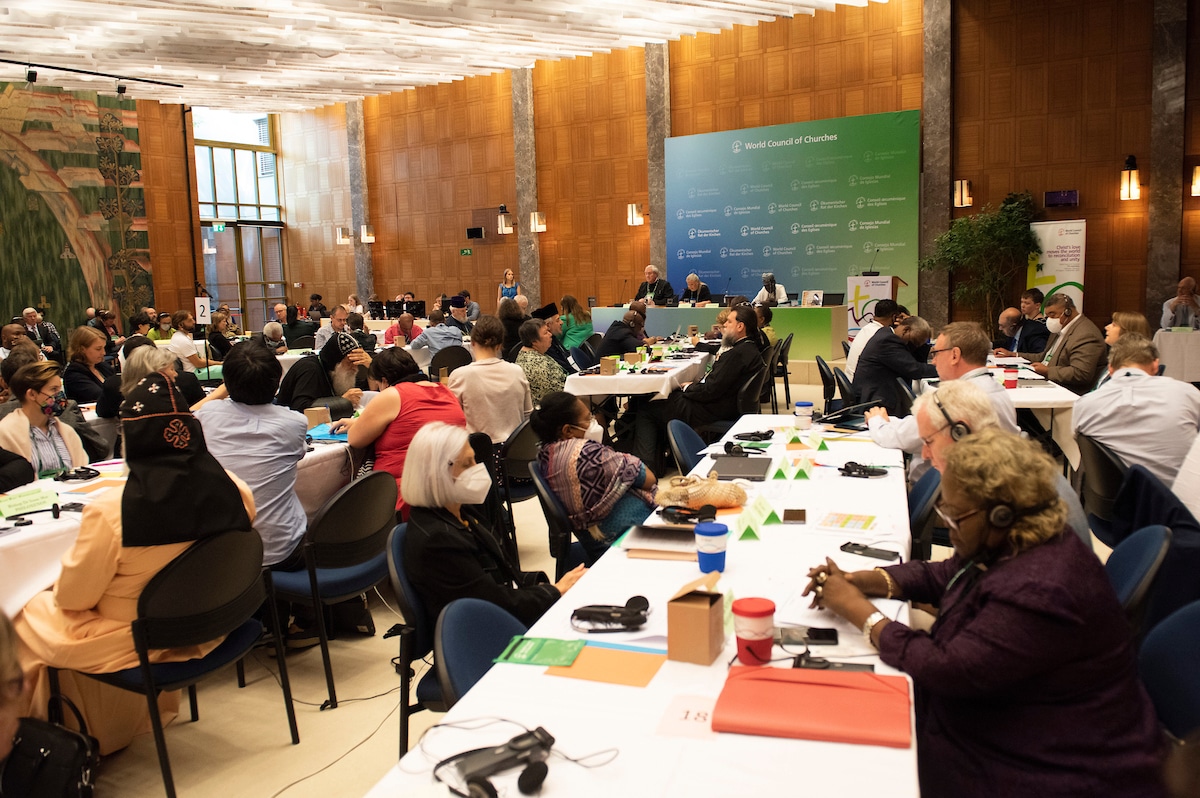 It was a long time coming. For the first time since 2018, the Central Committee of the World Council of Churches met in Geneva last week. For two of the three United Church of Christ ministries representatives, this was their first face-to-face meeting.

“The experience of being at this (my first) central committee meeting gave me the opportunity to connect with colleagues from around the world, so that I could better understand their particular contexts,” Pettis said. While he said the work of a global ecumenical organization like the WCC is difficult – bringing people from such diverse backgrounds together – bringing these people together in the same space was more rewarding than the virtual meetings held during the pandemic. .

“This gathering makes it a lot more real in a way because when you hear about the challenges Ethiopia is facing (for example), you can hear people from Ethiopia,” he continued. “Also, although we spent a lot of time discussing how to respond to the war in Ukraine, in this room we were able to hear people from Ukraine and Russia. Such a context of encounter truly deepens and enriches the conversation.

During this central committee meetingthe final before the next World Council of Churches 11e General assembly later this summer Reverend Professor Jerry Pillay was elected as the new general secretary of the WCC. Pillay, a member of the Uniting Presbyterian Church in Southern Africa, will begin his term on January 1, 2023.

“Ensuring that the leadership of the WCC was chosen ahead of the Assembly was an important task for us,” Thompson said, referring to the General Assembly in Karlsruhe, Germany, August 31-September 8. questions with the staff present took these discussions much further than the virtual process would.

The committee also addressed many issues through statements, including:

“We live in particularly difficult times,” said Thompson. “Achieving consensus on the declaration on Ethiopia and the war in Ukraine addresses two critical issues for the global community. While a conversation about the Russian Orthodox Church was difficult, it was important to meet in person and have members of the ROC with us, as well as people from the Church in Ukraine.

Baird noted that the CCs Call for peace in Ukraine “linked to other crises around the world, including accelerating climate change and the growing threat of famine looming over millions of people.”

“With nearly 30 million people, including 850,000 refugees and 4.5 million internally displaced people requiring assistance in Ethiopia, central committee statements remind us that our attention cannot be focused solely on part of the world,” Baird said.

“As members of the global religious community, we are called to recognize the suffering of all of our neighbors and to respond to it as best we can. Through donations to One Great Hour of Sharing and the International Emergency Fund, the United Church of Christ has met and will continue to meet these needs, supporting the work of our global partners for emergency relief and Development.

“Coming together in person has deepened engagement and broadened the topics of conversation outside of business sessions,” Baird said. “While technologies such as video conferencing platforms are wonderful, it was nice to meet in person and be freed from their constraints.”

More information on the WCC, the June gathering and preparations for 11e General assembly can be found here.

Content on ucc.org is copyrighted to the United Church of Christ National Framework and may be shared only in accordance with the guidelines outlined here.

‘After Shabbat, we will act’: American Jews prepare for wave of post-Roe activism