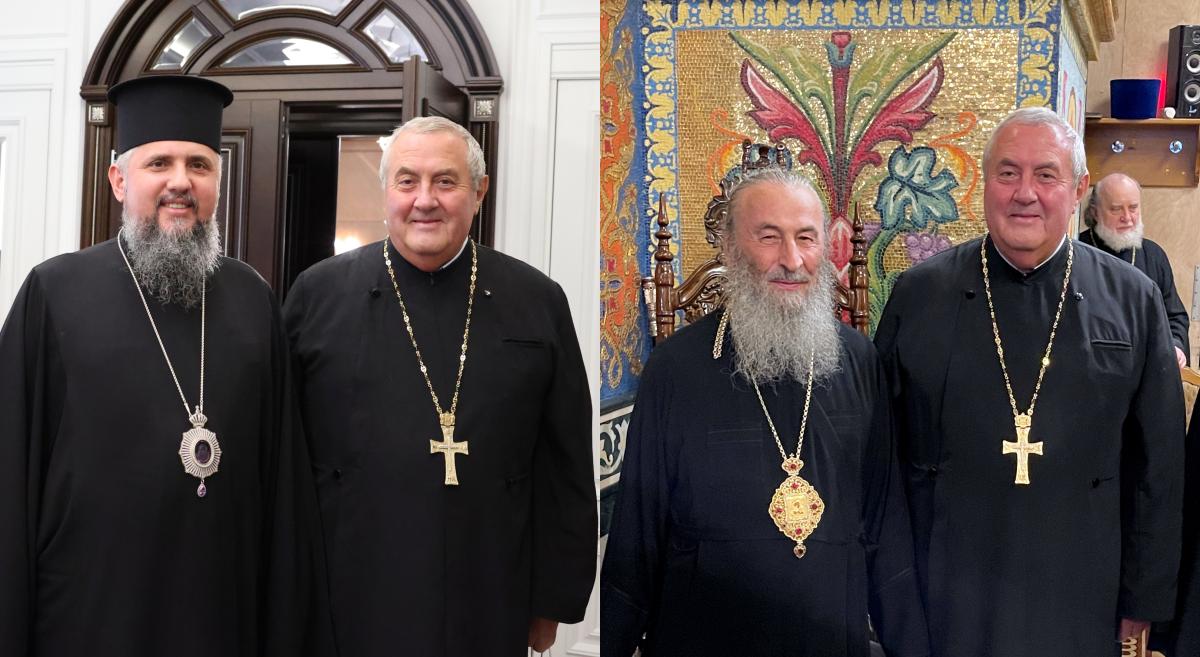 As Russia’s war on Ukraine continues for a sixth month, a WCC delegation led by WCC Acting General Secretary Professor Ioan Sauca traveled to Ukraine to hear from representatives of local churches , as well as state institutions working on religious issues, and to ensure the participation of churches in Ukraine in the upcoming WCC Assembly in Karlsruhe.

“When one part of the body suffers, all parts suffer with it. We stand in Christian solidarity with all who suffer in Ukraine,” Sauca said, reiterating the WCC central committee statement of June 18, 2022.

The statement deplores the illegal invasion that the Russian Federation has launched against its neighbor, a sovereign state, resulting in appalling death, destruction and displacement for the Ukrainian people.

During the visit, the WCC delegation met with the Ukrainian Council of Churches and Religious Organizations, which represents Christian denominations in Ukraine as well as Jewish and Muslim communities, and serves as an active platform for dialogue and relations with the state.

Underlining the invitation to participate in the next WCC Assembly, the WCC delegation met with Metropolitan of Kyiv and All Ukraine Epiphany of the Ukrainian Orthodox Church; and Archbishop Evstratiy of Chernihiv and Nizhyn, deputy head of the Department of External Church Relations of the Orthodox Church of Ukraine, on August 3.

During the visit, the WCC delegation learned a lot about the ongoing war in Ukraine during meetings with various state institutions. These included meetings with Oleksandr Tkachenko, Minister of Culture and Information Policy of Ukraine; Olena Bogdan, Head of the Ukrainian State Service for Ethnic Affairs and Freedom of Conscience; and Oleksiy Dniprov, Deputy Head of Cabinet of the President of Ukraine.

At all meetings, Sauca stressed the importance of Ukrainian churches’ participation in the upcoming WCC Assembly in Karlsruhe, which will be an opportunity for Ukrainians to address the global WCC community, share and pray together for an end to the war and the restoration of a just peace in Ukraine.

During the visit to Ukraine, Sauca was accompanied by Rev. Odair Pedroso Mateus, WCC associate general secretary and director of the Faith and Order Commission, and Ivars Kupcis, WCC communications officer.