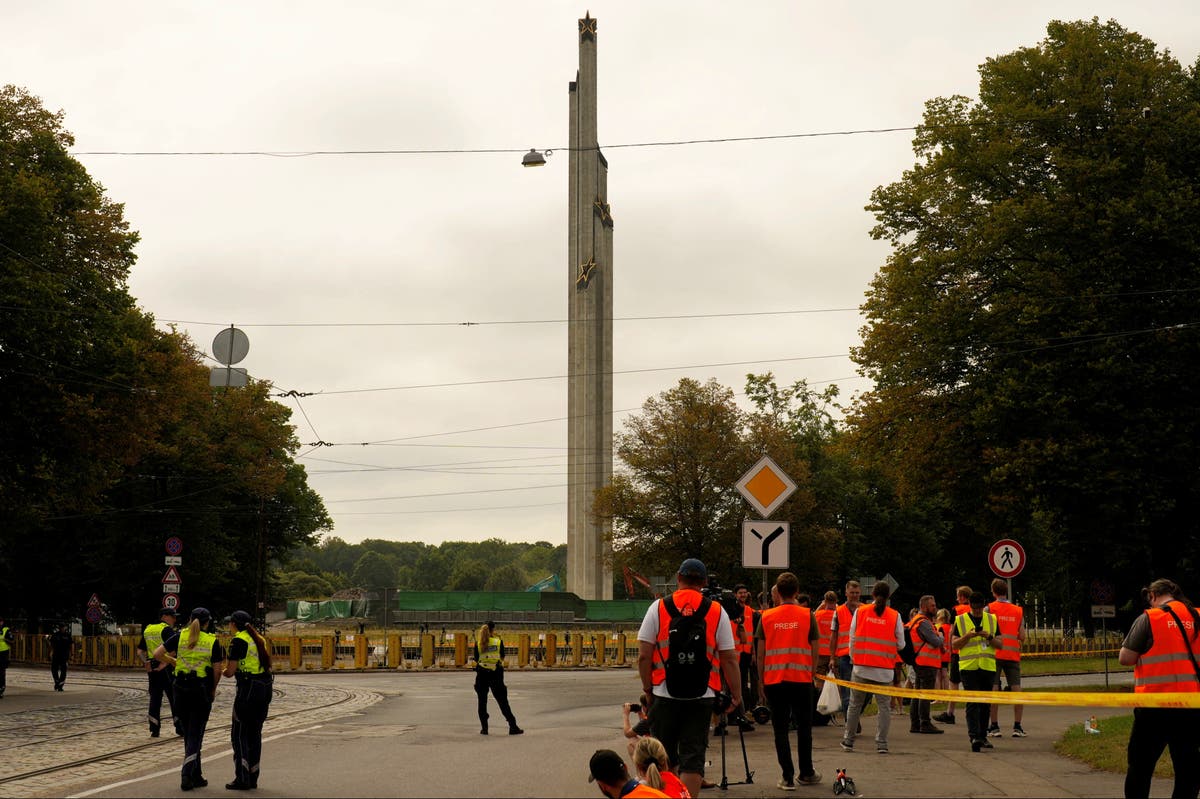 A concrete monument has been toppled in the Latvian capital as the backlash against Russia continues.

The obelisk stood in the country’s capital, Riga, since 1985, when the country was still part of the USSR.

The monument, consisting of five spiers and 80 meters high, honors the victory of the Soviet Union over Nazi Germany in World War II.

Machines pulled down the obelisk on Thursday, amid continued backlash against Russia’s invasion of Ukraine.

“Latvia pulls down one of the symbols of Soviet occupation in Riga. Closing another painful page of history and looking for a better future,” said Latvian Foreign Minister Edgars Rinkevics.

The Latvian parliament voted to demolish the monument in May, and the Riga city council soon followed suit as the war in Ukraine raged.

Other states of the former USSR also took the decision to remove monuments that paid tribute to the Soviet Union since Russia invaded Ukraine.

On Wednesday, demolition work on a monument in the town of Brzeg, in southwestern Poland, began. Some 60 memorials have been listed for removal by Polish authorities.

Estonia and Lithuania have also started removing monuments as part of an operation to dismantle Soviet-era tributes.