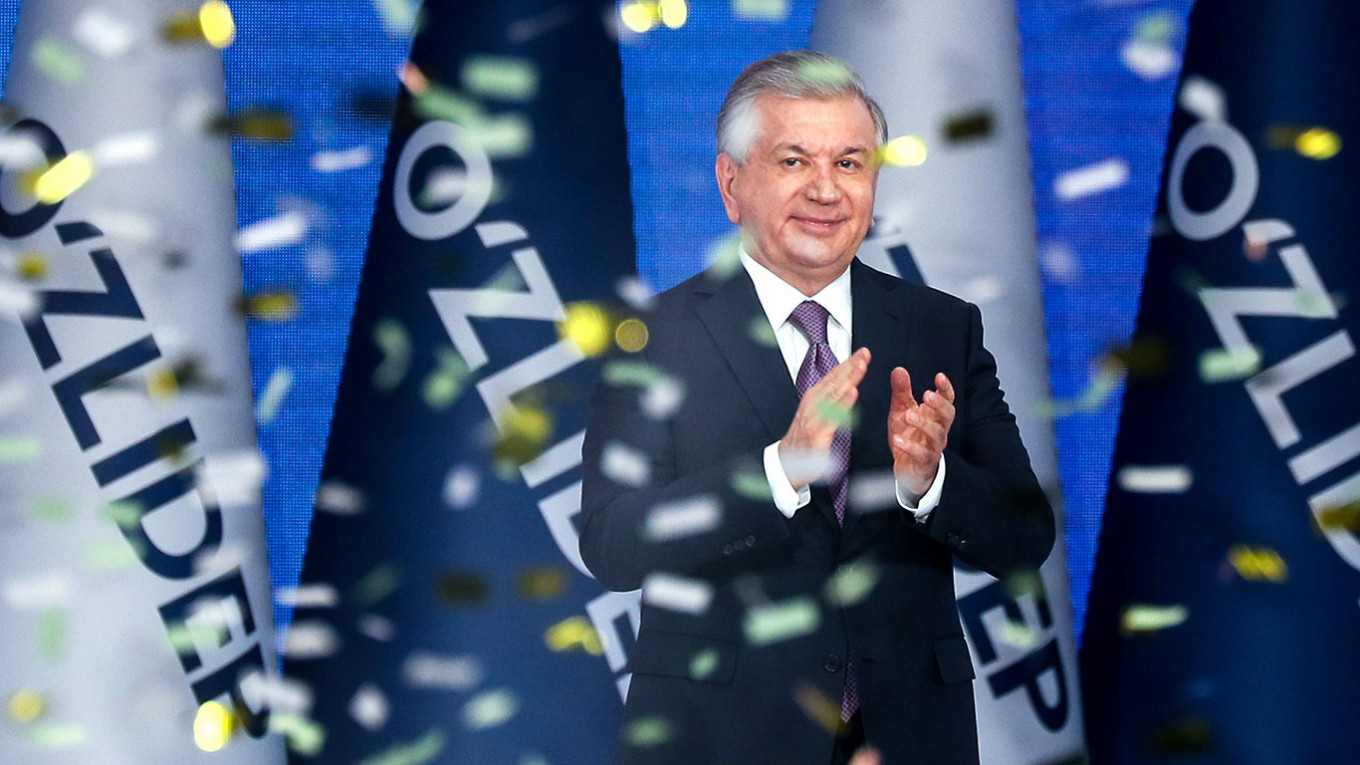 Shavkat Mirziyoyev won Sunday’s presidential poll in Uzbekistan to start another five years as head of Central Asia’s most populous country. The incumbent has always been the big favorite to win the vote, and the only surprise was that his share of the vote fell from 89% last time around to 80.1% this time around.

Since coming to power in 2016, the president has overseen sweeping changes that put the country on a new economic path. Mirziyoyev is genuinely popular with the electorate. He received praise for how he opened up the economy and improved the lives of many.

Observers speculate that the reduction in the president’s vote share – clearly a decision sanctioned from above – is intended to allow Uzbekistan to signal the evolution of a more competitive system, although opponents to whom it has faced in this vote all belonged to state-sanctioned parties, with no independent candidate or actual opposition allowed to appear on the ballot.

Maksuda Varisova, the lone candidate in the race, clinched a surprise second place with 6.6%, further reinforcing the semblance of inclusiveness in Uzbekistan’s unopposed politics.

International observers from the OSCE Office for Democratic Institutions and Human Rights, the OSCE Parliamentary Assembly and the European Parliament saw it differently.

While welcoming the reforms undertaken by Uzbekistan, their joint statement criticized the fact that the election was not competitive, with only carefully selected opponents allowed to participate. They found a lack of engagement between candidates and with voters.

On election day, a number of serious irregularities were reported, ranging from the lack of proper identity checks to ballot stuffing. Old practices, such as the head of the household voting for all family members, persist, with many cases reported.

Mirziyoyev cut his teeth in politics as Prime Minister of his predecessor Islam Karimov for 13 years. His reform program therefore surprised many when he took power.

Karimov, who ruled the country before its independence from the Soviet Union in 1991 until his death in 2016, led a brutal regime that tortured and imprisoned its enemies while privileging an isolationist position from neighbors and trade. .

Under Mirziyoyev’s watch, the black market for foreign currency was swept away, forced labor in the cotton fields was significantly reduced, cross-border trade increased, and more attractive conditions for foreign investors were introduced.

The reforms seem to be working. Uzbekistan’s economy has been one of the few in the world to experience positive growth in 2020, even as the Covid-19 pandemic has shut down operations for long periods. Gross domestic product grew 1.6% last year, according to the World Bank. In 2021, the bank expects the recovery to continue and growth to reach pre-pandemic levels of 6.2%.

After facing easier-to-achieve changes, the reform program has lost some of its initial momentum as more difficult tasks arise. The next step will see a program to privatize state banks and the sale of state stakes in a copper mine, power generation companies and more.

At the Tashkent Economic Forum in September, many speakers said that privatization alone was not enough to generate sustainable growth and stressed the need to make companies more competitive. Major investment in human capital to steer Uzbekistan towards higher value-added production rather than relying on natural resource exports is seen as essential for sustaining growth in the years to come.

Another major achievement of the president’s first term was the rebuilding of relations with neighbors, which were in a fractured state under Karimov. The thaw in relations with Tajikistan and Kyrgyzstan has led to the opening of borders to the movement of goods and people.

In the south, the rise of the Taliban in Afghanistan presents security concerns, but the government tries to present it as an opportunity for Tashkent to increase energy exports and the provision of goods and services. If security and funding concerns could be overcome, Afghanistan could also provide a rail route to Pakistani ports – a vital consideration for doubly landlocked Uzbekistan, which relies on its neighbors to reach international markets.

In 2019, Mirziyoyev received widespread praise for the closure of the infamous Jaslyk Prison, which had been at the center of its predecessor’s brutal crackdown on religious and political dissent. However, a report released this month by the US Commission on Religious Freedom pointed out that despite the release of more than 1,000 religious prisoners in recent years, more than 2,000 people remain behind bars for their religious beliefs in Uzbekistan.

While pursuing a program focused on getting the economy back on track, Mirziyoyev has shown no appetite for democratic reforms. No opposition party has been registered since taking power. Attempts to create new parties or run presidential candidates have met with resistance, often accompanied by threats and intimidation.

With affairs in Uzbekistan increasingly tied to a tight circle that has formed around the president, the Tashkent thaw is highly unlikely to spread to the political arena anytime soon, as it could upend the status quo. .

Under the constitution, this is Mirziyoyev’s last term, but tinkering with the law to keep him in power beyond 2026 is certainly not ruled out in a region notorious for its constitutional sleight of hand aimed at keep leaders at the helm. As his second term progresses, expect increasing levels of authoritarianism and intolerance of dissent as the inner circle plots to cling to power.

HELP loans have helped big names in the restaurant industry

Koch says synod process must reach out to Orthodox