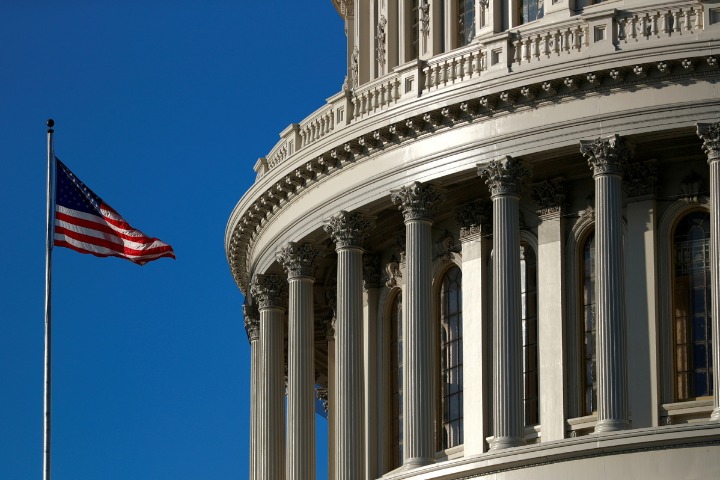 Some media reports about the possibility of Nepal joining the US State Partnership Program have sparked speculation of a likely “military alliance” between Washington and Kathmandu. But the storm died down shortly after the Nepalese government officially said “no” to the United States recently.

The State Partnership Program is a U.S. Department of Defense National Guard-run program that connects U.S. states with partner nations around the world in support of Combat Command’s cooperative security objectives. United States.

With the disintegration of the Soviet Union in 1991, the United States began to explore options for establishing military contact with former Soviet bloc countries, in order to expand its influence across Europe and ostensibly minimize geopolitical instability. Later, the United States extended this operation to other regions.

For a long time, relatively small South Asian countries like Nepal were not on Washington’s strategic radar, especially in terms of military cooperation. However, in recent years, the Pentagon has extended its tentacles to these countries. This not only reflects the extent of Washington’s “Indo-Pacific” strategy, but also its targeting of China as a competitor.

The Donald Trump administration has made the “Indo-Pacific” strategy a top priority, because for the United States, security comes first, the economy second. This was evident in the 2019 “Indo-Pacific” Strategy Report which was released by the Pentagon, rather than the State Department.

In the report, the Pentagon proposed a “3-P strategy” – preparedness, partnerships and promoting a networked region. The United States has thus proposed to “seek emerging partnerships with Sri Lanka, the Maldives, Bangladesh and Nepal”.

Since then, the Pentagon has strengthened its defense cooperation with these relatively small countries, including providing military training and equipment assistance to some of them. However, the overall outcome of the Pentagon’s decision was poor, as Bangladesh and Sri Lanka rejected the state partnership program for various reasons. The United States still managed to extend its tentacles to these countries, starting talks with Sri Lanka on a “Visiting Forces Agreement” and signing the “Framework for Defense and Security Relations”. with the Maldives.

Perhaps encouraged by this, the Trump administration declassified the Indo-Pacific Strategic Framework document before leaving office. The document highlights the need to make Bangladesh, Sri Lanka and the Maldives “emerging partners” in South Asia, and to help improve their interoperability and data sharing with the United States.

Last February, after more than a year of deliberation, the Joe Biden administration released its version of the “Indo-Pacific” strategy, which it says will become a foundational document, reshaping the direction of the strategy over the of the next decade. To meet the “Chinese challenge”, the document aims to strengthen the position and investment of the United States in the “Indo-Pacific” and pay attention to all corners of the region.

But unlike the “Trump version”, the “Biden version” does not name any small South Asian country; it simply refers to “South Asian partners”.

Because of this seemingly subtle change, it should not be assumed that the United States no longer attaches importance to small South Asian countries in terms of security. This is more likely a deliberate lowering of expectations after considering the success and failure of the strategy, although the United States still aims to promote security cooperation with these countries.

US Secretary of State Antony Blinken recently said that the United States was not seeking to start a Cold War with China, but rather aimed to “shape” China’s neighborhood to “change its behavior”. Most of the smaller South Asian countries are partners in China’s proposed Belt and Road Initiative, which will naturally be a priority target of US efforts to “shape China’s neighborhood.”

On the other hand, China and smaller South Asian countries maintain friendly relations. And given the lessons of the past, South Asian countries may have realized that high-profile promises don’t necessarily translate into positive action and pushed back against the United States. For a long time, China and smaller countries in South Asia have shared good political, economic, trade and defense friendly relations, because China does not interfere in other countries’ internal affairs.

Bangladesh, for example, imports almost 70% of its main combat equipment from China, due to its high quality performance and lack of political strings attached.

In terms of defense training, China’s cooperation with Sri Lanka has been extremely successful. Over the past 20 years, the People’s Liberation Army has trained over 110 Sri Lankan military officers. Colombo even has the world’s first China National Defense University alumni association outside of China. And the people of Sri Lanka know that, among the great powers, only China upholds justice and upholds the country’s sovereignty and territorial integrity.

This may explain why smaller South Asian countries rejected the US offer of conditional military assistance. In fact, one of the main reasons for pushing back the United States is that it did not want to damage the traditional friendship with China.

The United States may have planned to compete with China in all areas and all parts of the world. But given the dominating image of the United States, many countries might think this will force them to “take sides” vis-à-vis China. And judging by Nepal’s rejection of the state partnership program, it certainly won’t be easy for the United States to advance its “Indo-Pacific” strategy.

Opinions do not necessarily reflect those of China Daily.

The author is director of the research department at the National Institute for Strategic Studies of Tsinghua University.