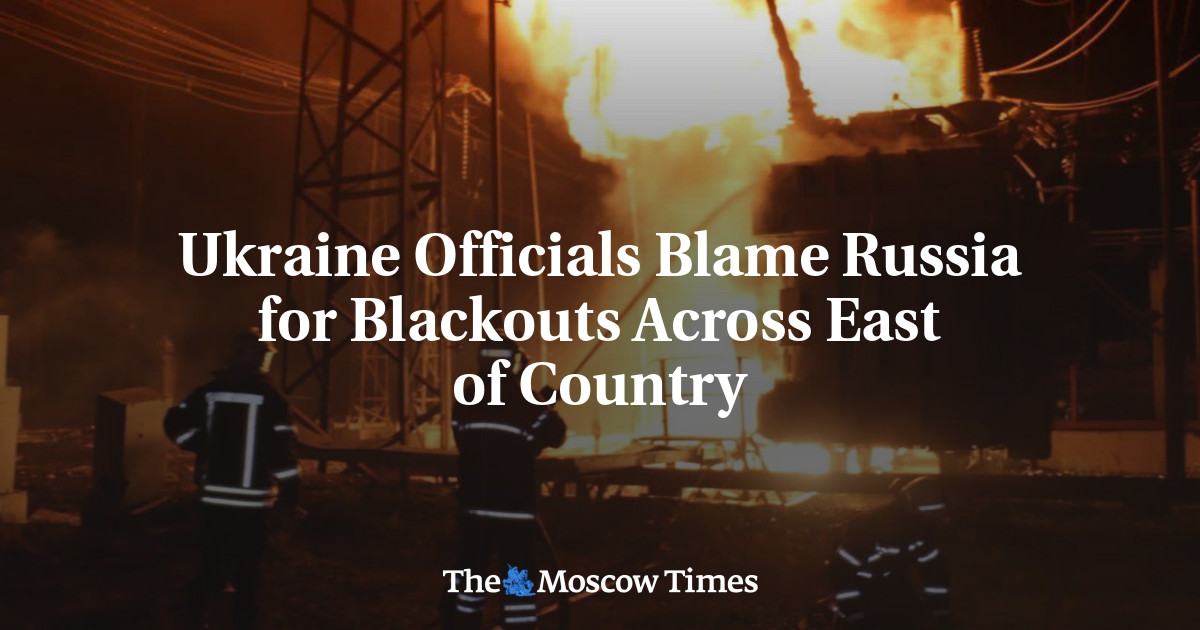 Officials in eastern Ukraine on Sunday blamed Russian attacks on key facilities for widespread blackouts that have affected large areas of the country where Kyiv forces have made gains in a counteroffensive.

The blackouts, which came after Ukrainian forces said they had taken over dozens of towns and villages in eastern Ukraine, have hit areas with millions of people before the war.

The regional governor of the Kharkiv region, where Ukrainian troops have reported the greatest gains, said Russian forces had “hit critical infrastructure” throughout the region and its main city, also called Kharkiv.

“There is no electricity or water in several settlements. Emergency services are working to control the fires at the sites that have been affected,” Oleg Synegubov said in a statement on social media.

Zelensky just posted this video with brief statement: “Deliberate and cynical missile strikes on civilian, critical infrastructure. No military facilities. Kharkiv and Donetsk regions were cut off. In Zaporizhia, Dnipropetrovsk, Sumy there are partial problems with power supply.” pic.twitter.com/8BullYcdAr

“Several towns and communities in the Dnipropetrovsk region are without electricity. The Russians have hit energy infrastructure. They cannot accept defeat on the battlefield,” he said in an online statement.

The head of the eastern region of Sumy said power and water cuts had affected at least 135 towns and villages.

The metro in Kharkiv stopped after Russian strike on the Kharkiv thermal power plant. Passengers were forced to walk to the next station.#StandWithUkraine pic.twitter.com/3eHccYwYaQ

AFP journalists from the Donetsk regional town of Kramatorsk confirmed that the cuts were also impacting one of the biggest eastern towns still under Ukrainian control.

Its governor had also reported cuts in the region, which has been partially controlled by Moscow-backed separatists since 2014.