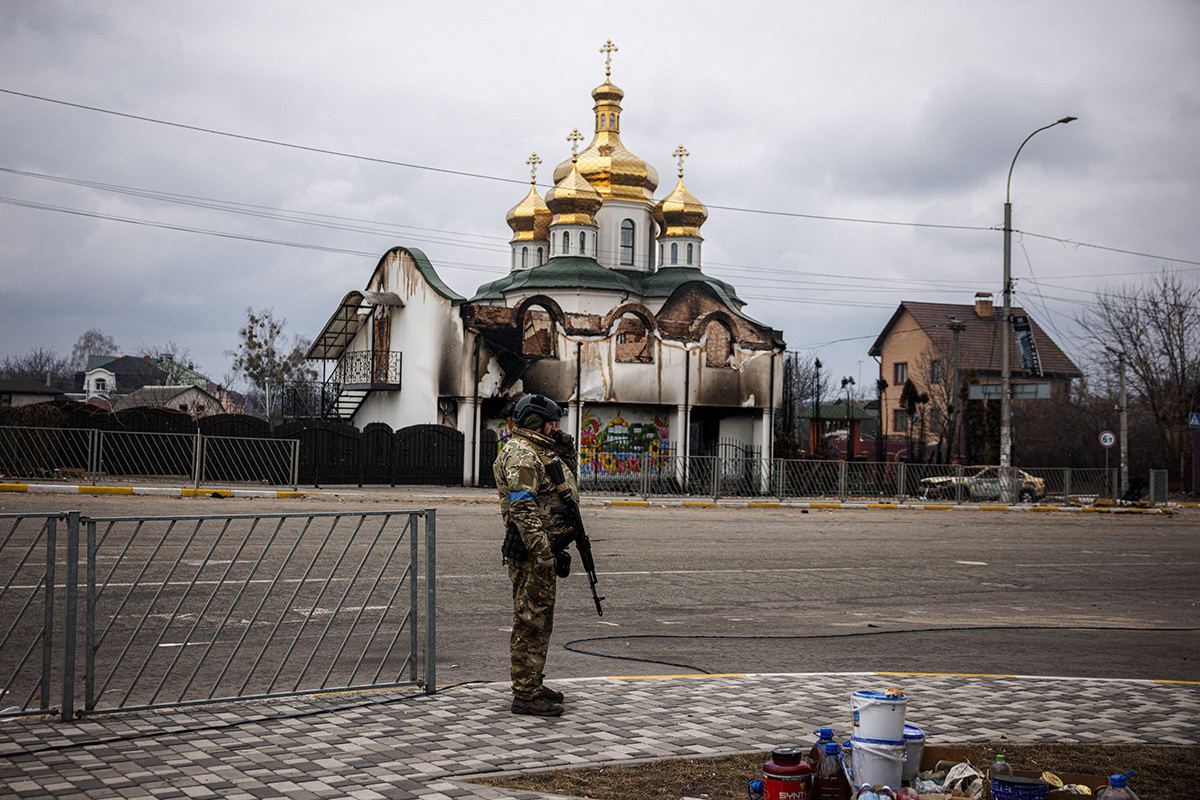 Invading Russian troops reportedly abduct a 50-year-old Ukrainian-American pastor from the southern town of Melitopol, a month after capturing the town’s mayor and releasing him six days later in exchange for nine soldiers Russians.

A dozen Russian soldiers arrived at the home of Dmitry Bodyu, bishop of the Word of Life Church in the city of Melitopol last Saturday and took him away, his family said, according to BNC Newsadding that the troops also confiscated his US passport as well as the family’s phones and other devices.

The Russian troops were not aggressive and seemed to know he was a pastor and an American citizen, said the pastor’s wife, Helen Bodyu.

Her eldest daughter, Esther Lily Bodyu Ogawa, said, “They came in and they started questioning her right away, like, ‘Are you US citizens? – this is one of the first questions they asked themselves.

The soldiers came back the next day and asked for his Bible and a sleeping bag, Le national news reported.

“I’m worried,” Bodyu Ogawa reportedly said. “I mean, deep down I believe and I want to believe that he’s safe and he’s going to come home. But of course not knowing exactly what’s going on and how he’s doing and not not getting information, that’s of course what creates this worry inside.

Along with the pastor, others who are being held captive by Russian troops in Melitopol are Sergiy Prima, the chairman of the Melitopol district council; activist Olga Gaisumova; and police officer Dmitry Stoikov, according to the Religious Information Service of Ukraine.

The pastor immigrated with his parents from the Soviet Union to the United States when he was 17, but returned to Ukraine later in life, according to his family. In 2014, he left Crimea after the Russian annexation because of his American nationality.

After the Russian invasion, the pastor had urged the inhabitants to take refuge in his church.

His last Facebook post before his abduction read: “If you need help of any kind or have nowhere to go or are afraid to be home…the church is open. I’m in the church building…very thick walls…a solid building. That’s why you can be there. We will do our best to provide as much as possible… May the peace of God be upon your hearts and keep you safe. Let us all pray and call on the Lord to keep us from all evil in the name of Jesus Christ.

On March 11, Russian forces abducted the city’s mayor, Ivan Fedorov, and released him six days later in exchange for nine Russian soldiers, according to Reuters.

Since Russia began its unprovoked invasion of Ukraine on February 24, at least 1,081 civilians have been killed and 1,707 injured on Friday. update of ONU. Among those killed are 93 children.

“Most of the recorded civilian casualties were caused by the use of explosive weapons with a wide impact area, including bombardment from heavy artillery and multiple launch rocket systems, and air and missile strikes “, read the UN statement.

In Russia, police have arrested thousands of people protesting the invasion of Ukraine amid widespread social media and media censorship.

About 100 Christian leaders in the United States, more than 280 priests and deacons of the Russian Orthodox Church and more than 400 ministers of Evangelical Churches in Russia have called for reconciliation and an immediate end to the Russian invasion of the ‘Ukraine.

“We mourn the ordeal to which our brothers and sisters in Ukraine have been unjustly subjected,” the Russian Orthodox clerics wrote in their open letter. “The Last Judgment awaits each person.”

The clerics added, “No earthly authority, no doctor, no guard will protect from this judgment. Concerned for the salvation of anyone who considers himself a child of the Russian Orthodox Church, we do not want him to appear at this judgment, bearing the heavy burden of his mother’s curses.

Loan and grant inflows shrink to $154.4 million in February