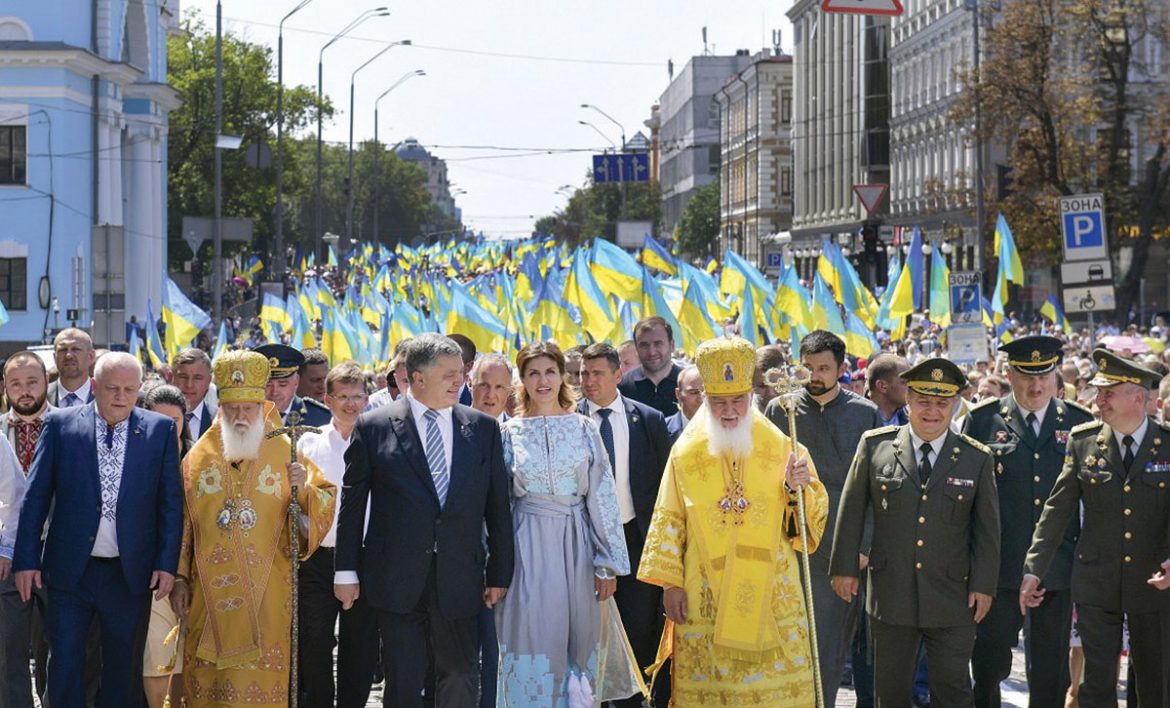 Devotees of the Ukrainian Orthodox Church – Kyiv Patriarchate, led by Patriarch Filaret, and the Ukrainian Autocephalous Orthodox Church, led by Metropolitan Macarius, visited the Garden Square near the monument to Saint Volodymyr, the Grand Prince of Kyiv Russia who ordered the mass baptism of the citizens of Kyiv in 988.

President Poroshenko stressed that millions of Ukrainians are eagerly awaiting the first recognition of autocephaly of the Orthodox Church in Ukraine.

â€œThe Tomos of Autocephaly will complete the consolidation of the independence of our State, will strengthen religious freedom, interfaith peace. It will strengthen the rights and freedoms of citizensâ€¦ Especially those who are now out of communication with Universal Orthodoxy â€, underlined the Head of State.

â€œThe Ecumenical Patriarch cannot remain blind and deaf to the calls which have been repeated for more than a quarter of a century,â€ said Metropolitan Emmanuel. â€œThe sons of the Ukrainian Church and its leaders have a right to their place among the Churches,â€ he added.

â€œThe Mother Church has already made the decision on April 20 of this year. Namely, to start the procedure to achieve the ultimate goal: to provide autocephaly to the Ukrainian Orthodox Church, â€noted the representative of Patriarch Bartholomew. He noted that this became possible after the call of the Ukrainian authorities, the President of Ukraine, “the successor of the political structure of Kyivan Rus'”.

â€œWe are sure that the Ecumenical Patriarchate is at your side. You will not be an orphan because the Mother Church will find a way to involve itself in your progress, your success, your growth in the faith of Christ, â€said Metropolitan Emmanuel.

The Metropolitan stressed that the Ecumenical Patriarchate â€œwill not allow those who hate the truth to do their devilishness here in Ukraineâ€.

President Poroshenko noted that from the early days of his presidency he had set himself the goal of seeking the establishment of an autocephalous Ukrainian Orthodox Church and the recognition of this Church by the Ecumenical Patriarch. â€œAutocephaly is about independence. It is a matter of national security. It is a stake of the whole world geopolitics. The army protects our land. The tongue protects our hearts. Faith protects our soul, â€he said.