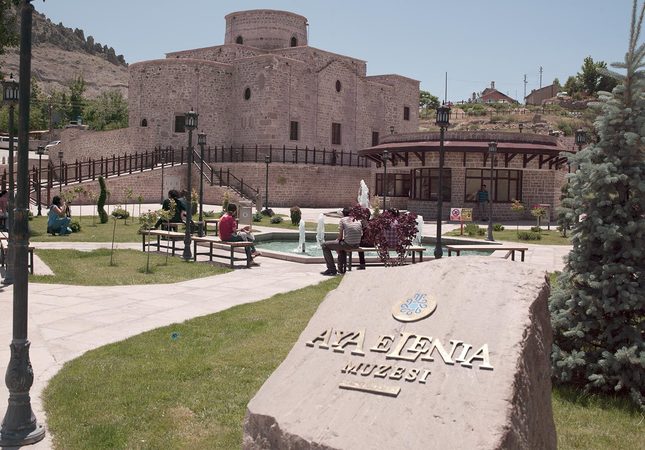 A group of people from Anatolia, the Karamanlids, are considered by many to be Turkish-speaking Greeks. They used a Turkish dialect written in Greek letters.

As early as 1071, the Turks began to settle in Anatolia, and soon after, they dominated the vast majority of the region, with the exception of the Marmara Sea region and some areas surrounding the Mediterranean.

At that time, the indigenous population of Anatolia spoke and wrote in Greek and were Greek Orthodox. The Turks called all Ottoman Orthodox Christian communities the â€œRoman communityâ€ and referred to the people as â€œRumâ€, which means Roman, a term that is used to this day.

Among the Orthodox Christian communities, certain groups of individuals spoke Turkish but wrote it in the Greek alphabet. They mainly lived in Anatolian cities such as Karaman, Konya, Mersin, Silifke, NiÄŸde, NevÅŸehir, Kayseri, Yozgat and Ankara.

Mentioned as early as the 17th century by the Ottoman traveler Evliya Ã‡elebi, they were people who boasted of an authentic Turkish accent but also used Greek and Latin words.

The Karamanlids were known to have religious affiliations with the Ecumenical Patriarchate of Constantinople.

It is documented that in Ottoman times the hymns and prayers of the Karamanlids were sung in Karamanlid Turkish in local churches in neighborhoods.

The vast majority of the population in these neighborhoods spoke Greek and referred to non-Muslims as “foreigners (infidels or giaour) with a hat”. On the other hand, the Muslim population called the Greeks KaramanlÄ± â€œEllikâ€, which means â€œforeigners of the countryâ€.

These ethnic Greeks who once lived in large numbers along the shores of the Sea of â€‹â€‹Marmara, which connects the Black Sea with the Aegean Sea, which separates the Asian and European parts of Turkey, have seen much tragedy in and around their communities.

Population exchange between Greece and Turkey

From 1919 to 1922, their prosperity and peaceful way of life came to an end after the Greek genocide at the hands of the Ottomans, neo-Turks and Kemalists, when their fate was sealed following negotiations in Lausanne culminating in the exchange of populations between Greece. and Turkey. But the story does not end there.

The Karamanlids were an exception in all Greek communities in Turkey who all supported Greece during those dark years when nearly 400,000 ethnic Greeks were murdered. However, the Karamanlid community was largely indifferent to the Greek and Turkish governments.

Moreover, not only did the Karamanlidi remain neutral in the 1920s, but some of them even demanded the establishment of an Orthodox Church separate from the Greek Orthodox Church. Then in 1922, 72 Orthodox spiritual leaders gathered in Kayseri with the support of the Ankara government and announced the founding of the Turkish Orthodox Church.

However, as a result of the Treaty of Lausanne and the population exchange, nearly 200,000 Karamanlid Greeks were forced to return to Greece, despite the fact that many spoke only Turkish.

Some of them have managed to stay put and live in Turkey to this day, while the vast majority live in Greece, followed by a large diaspora in Western Europe and North America.

It was not an easy transition for the Karamanlidi Greeks as they could not communicate in Greek and had many conflicts with the local Greeks, who called them “Turkish seeds”.

Following this alienation, they continued to establish villages and neighborhoods named after the places they came from in Anatolia, adding “nea” (new) before them. Still considering Anatolia as their homeland, the communities continued to preserve their language and culture without mixing with the local Greeks.