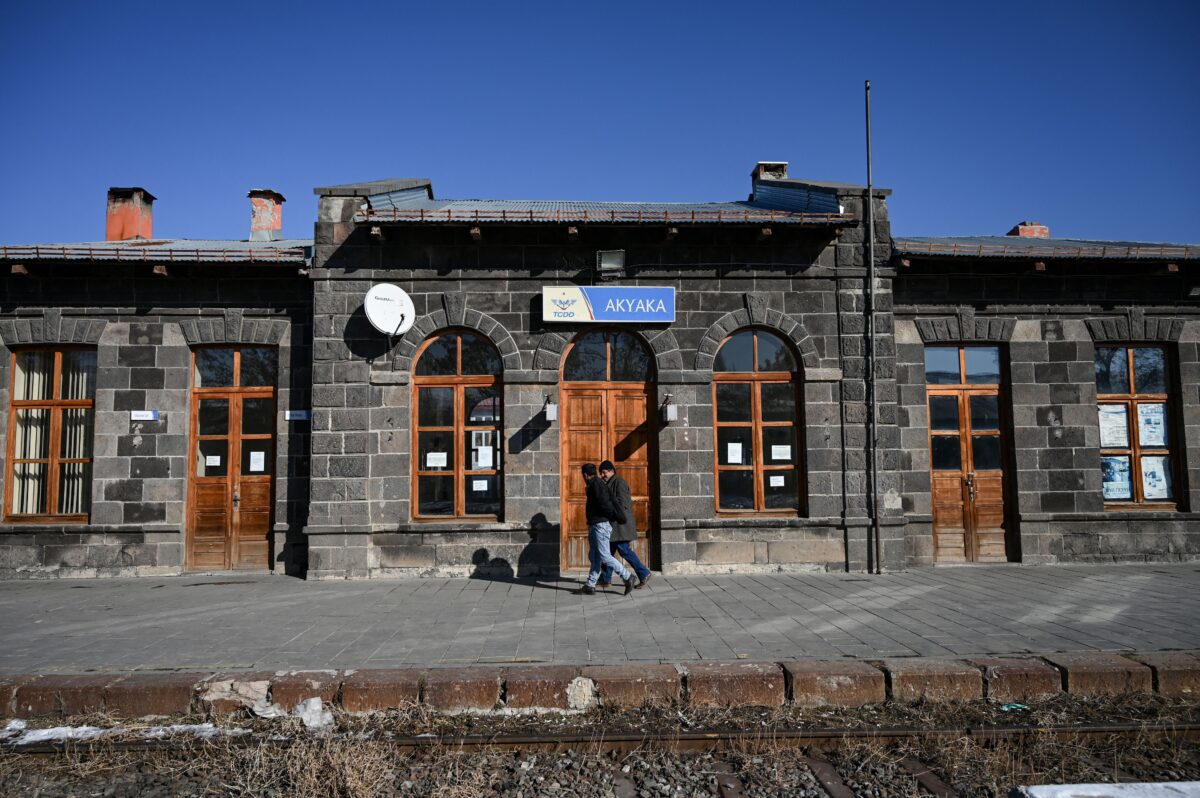 ANKARA—Diplomatic relations between Turkey and Armenia have been frozen for nearly three decades due to long-standing historical animosities and Turkish support for Azerbaijan, Armenia’s perennial enemy in the Caucasus region . But relations have thawed in recent months, with the two countries taking tentative steps to normalize relations and reopen their 311-kilometre border.

“Normalized relations with Turkey would bring new opportunities, including the integration of Armenia into the regional economy.

As a first step towards reopening the border, which has remained closed since 1993, demining activities began last month in Turkey’s northeast Kars province.

“It is not known how long the process will take,” Naif Alibeyoğlu, former mayor of the city of Kars (located 30 kilometers west of the border), told The Epoch Times. “But local communities on both sides of the border are hoping to see the resumption of two-way trade and tourism.”

In 1991, as the Soviet Union was collapsing, Ankara officially recognized Armenia as an independent nation. Relations soured soon after, however, when Armenian forces captured the Nagorno-Karabakh region from neighboring Azerbaijan, which, like Armenia, was a Soviet socialist republic until 1991.

The cultural affinities between Turkey and Azerbaijan, which are both ethnically and linguistically Turkish, run deep. So when Armenia seized territory from Azerbaijan, Ankara reacted by severing its ties – and closing its border – with its predominantly Christian neighbor to the east.

An attempt was made to mend relations in 2009 when the two countries signed the Zurich Protocols, which called for a gradual restoration of ties. But the protocols were never ratified by the parliaments of the two countries and the initiative was ultimately blocked.

“At that time, both in Turkey and in Armenia, there was little public support for normalization,” said Köse, a specialist in regional conflicts. “Furthermore, Azerbaijan was not part of the process and feared being sidelined, so it pressured Turkey to drop the initiative.”

The stalemate was finally lifted in late 2020, when Azerbaijani forces, with the support of Turkey, recaptured most of the territory lost to Armenia in the early 1990s. In the months following the conflict 44 days, signals began to emanate from Yerevan that it was ready to consider normalizing relations with Ankara.

“We have to make peace with Turkey,” Armenian Prime Minister Nikol Pashinyan said in August last year in a TV interview. “The absence of diplomatic relations… and the closing of borders undermine regional stability.

Turkey, for its part, was quick to react, with President Recep Tayyip Erdogan saying the conflict had opened up “new opportunities” for the prospect of normalization. “If Armenia responds positively to these opportunities,” he said, “we will take the necessary steps.”

Another obstacle to normalization is the ongoing debate over whether Turkey committed genocide against the Armenian people during World War I. While Ankara admits that hundreds of thousands of Armenians perished amid the intercommunal violence that ravaged Turkey at the time, it rejects the idea that it amounted to genocide.

“Members of the Armenian diaspora tend to be very passionate about this issue,” Köse said. “But our counterparts living in Armenia recognize our common interests and seem to be more pragmatic in this regard.”

According to Köse, Pashinyan’s opening reflected a desire on the part of the Armenian public to end decades of hostility with its two Turkish neighbors.

“The 2020 conflict was an opportunity to finally break the status quo,” he said. “Despite the military losses [in Nagorno-Karabakh]the Armenian people seem to welcome the prospect of normalization with Turkey.

Unlike the situation in 2009, Köse added, “there is more public support [for normalization] this time, while Azerbaijan is more involved in the process.

The march towards full normalization gained momentum last December, when both Ankara and Yerevan appointed “special envoys” to monitor the process. Since then, the envoys have met four times to reiterate their respective countries’ desire to normalize relations “without preconditions”.

The two sides reached a new milestone in mid-March, when Armenian Foreign Minister Ararat Mirzoyan met his Turkish counterpart in the Turkish city of Antalya, the first visit by a senior Armenian official in more than one decade.

During the visit, Mirzoyan expressed hope that normalized ties would lead to “an era of peaceful and sustainable development in the region”. Opening the border, he said, would “have a positive impact on connectivity, trade and economic relations between the two countries.”

Alibeyoğlu, who was mayor of Kars from 1999 to 2009, echoed those sentiments. “Before, there were lively trade exchanges between Kars and Armenia,” he said. “That all changed when the border was closed.”

“The people of Kars, especially the traders, want the border to be reopened as soon as possible,” Alibeyoğlu added. “As well as rejuvenating the local economy, it would bring the two peoples together and ease long-standing tensions.”

Regionally, according to Köse, an open border would serve to “boost trade throughout the Caucasus and create a trade corridor linking Central Asia with Europe”.

On August 3, limited clashes broke out between Armenian and Azerbaijani forces in Nagorno-Karabakh. At the time of writing, it was still unclear what effect this would have on the normalization process between Turkey and Armenia.