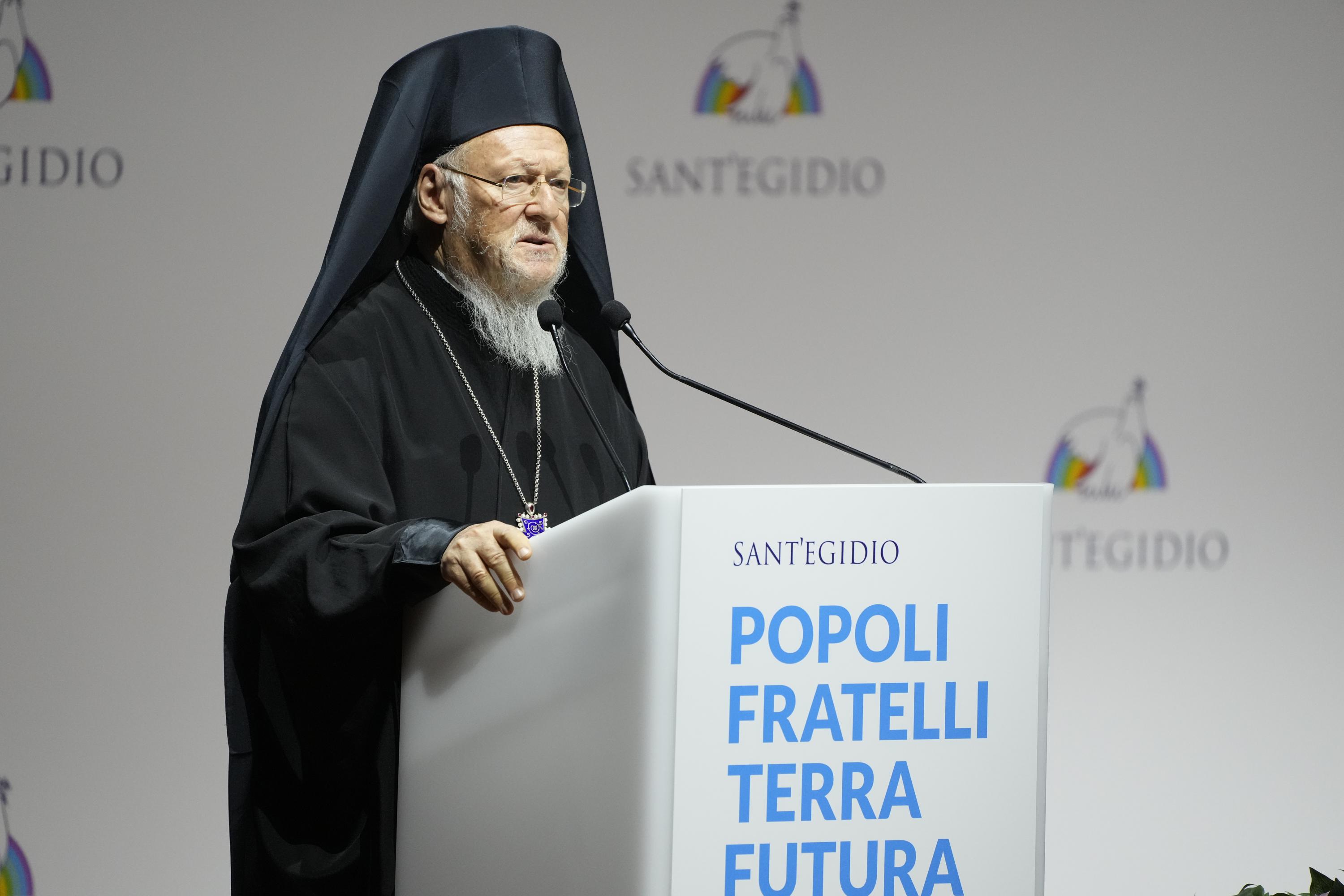 The spiritual leader of 200 million Eastern Orthodox Christians around the world presents a program covering religious, political and environmental issues to a 12-day visit to the United States starting Saturday that includes a meeting with President Joe Biden and various ceremonial gatherings and interfaith.

Making the last of several trips to the country during his 30-year tenure, Ecumenical Patriarch Bartholomew is expected to address concerns ranging from an ongoing restructuring of the American church to the status of his church in his homeland, the Turkey.

The title of Bartholomew Patriarch of Constantinople reflects the former imperial name of the city now known as Istanbul in a country where Orthodox Christians, who are mostly ethnically Greek, are a small minority.

Archbishop Elpidophoros of the Greek Orthodox Archdiocese of America has said the Patriarch should renew his calls for the reopening of a theological school closed by the Turkish government 50 years ago.

â€œReligious freedom in Turkey is vital for the Ecumenical Patriarchate in Turkey,â€ Elpidophoros said.

Bartholomew will receive an honorary degree from the University of Notre Dame on October 28 at an event highlighting efforts to improve Orthodox-Catholic ties, centuries after the two churches broke decisively in 1054 amid disputes over the theology and papal claims of supremacy.

Repairing this breach “is a long-standing commitment of the Patriarch,” said Reverend Alexis Torrance, Byzantine theology professor at Notre Dame and Orthodox priest.

The rally will also include a conference on environmental stewardship, highlighting Bartholomew’s reputation as a â€œGreen Patriarchâ€.

The Patriarch is considered the first among equals in the Eastern Orthodox hierarchy, which gives him the importance but not the power of a Catholic pope.

Just as its influence is limited in Turkey, it is also limited in the Eastern Orthodox fellowship, rooted in Eastern Europe and the Middle East with a global diaspora. Much of the fellowship is found in national churches which are governed independently, with the Ecumenical Patriarch having only symbolic significance, although he directly oversees the Greek Orthodox and some other jurisdictions.

The Russian Orthodox Church, which has around 100 million members, notably asserted its independence and influence and rejected Bartholomew’s recognition in 2019 of the independence of the Orthodox churches in Ukraine, where the Patriarch of Moscow still claims the sovereignty.

For an ecumenical patriarch with primarily soft power tools such as diplomacy, the high profile of the visit to the United States has symbolic value for Bartholomew, said Andrew Walsh, associate director of the Greenberg Center for the Study of Religion in Public Life at Trinity. College in Connecticut.

It will â€œdemonstrate that he is a respected leader,â€ said Walsh, a layman who has long written on contemporary issues in orthodoxy. â€œIt is useful and desirable for him to show that the Presidents of the United States will speak with him. “

Bartholomew is expected to meet with Biden and other senior U.S. officials in the coming days, although exact times have not been announced.

Bartholomew will also hold a door opening ceremony at St. Nicholas Greek Orthodox Church and the New York National Shrine, built to replace a parish church destroyed in the 9/11 attacks and to commemorate those killed at the nearby World Trade Center.

Bartholomew will also meet with leaders of the Greek Orthodox Archdiocese of America and various other Orthodox leaders.

Last year, his office suspended the governance charter of the Greek Orthodox Archdiocese, and discussions are expected to bring a new one by 2022, according to Elpidophoros.

“What the Greeks (Orthodox) expect is what he says about the charter” during the visit, said Walsh, particularly on the patriarch’s vision as to which authority will be centralized or decentralized in the American Church.

The American Jewish Committee rewards Bartholomew with its Human Dignity Award for his environmental and interfaith work.

“He is not only the ‘green patriarch’, but also the patriarch of promoting dialogue,” Elpidophoros said.

A 2017 Pew Research Center report found that there were approximately 200 million Eastern Orthodox in the world. He reported about 1.8 million Orthodox in the United States, including almost half of these Greek Orthodox.

The Associated Press’s religious coverage receives support from the Lilly Endowment via The Conversation US. The AP is solely responsible for this content.