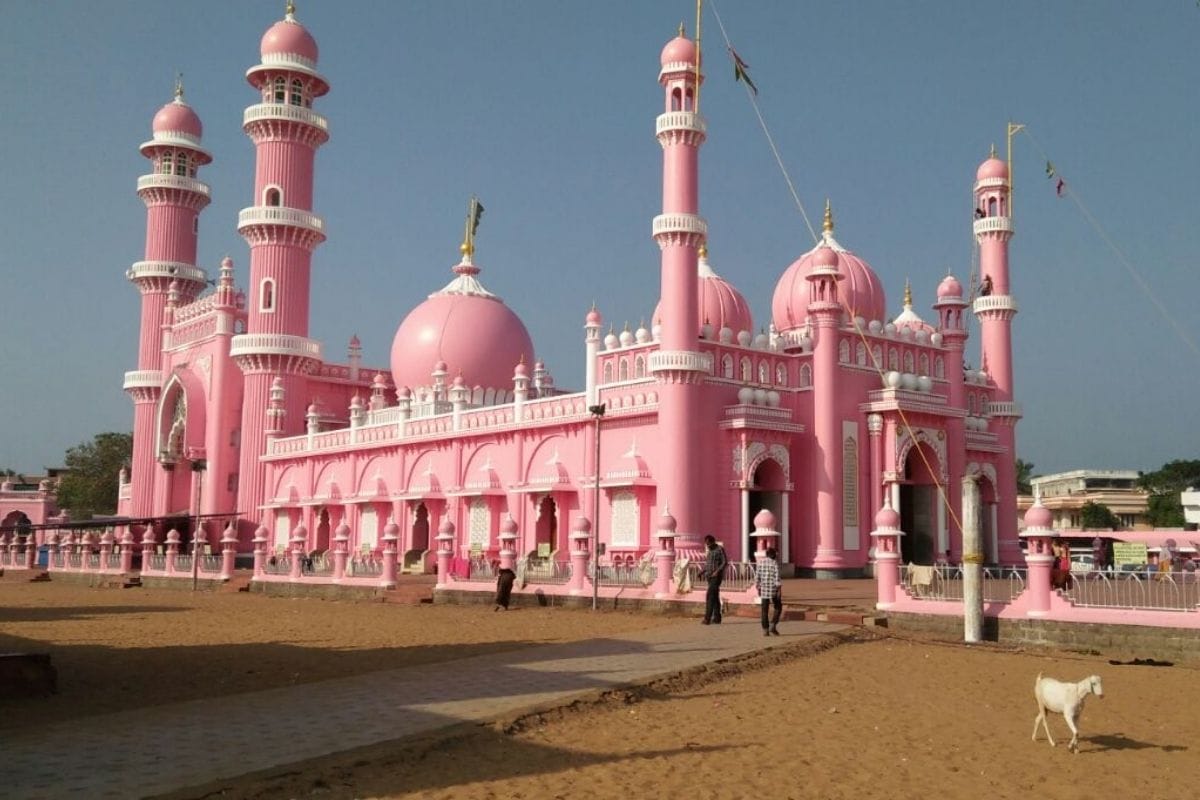 This Kerala architect designed 111 mosques, 4 churches and a temple

The OTT release of the film â€œMalikâ€ sparked a controversial discussion of political correctness in Kerala. It all grew out of the close resemblance of its main setting, the Pink Ramadapalli (Ramada Mosque), to Beemapally (Beema Mosque) located on the shores of the Arabian Sea, about 8 km from the Secretariat here. Interestingly, Beemapally, one of the major pilgrimage centers in southern India, has a more fascinating history as it was built by a self-taught Hindu architect, Govindan Gopalakrishnan, who has an additional 110 mosques to his credit.

Gopalakrishnan’s date with mosques and minarets dates back six decades. It all started when he helped his father K Govindan, an entrepreneur, with the construction of a mosque at the Palayam junction, overseen by TP Kuttiamu, Kerala’s first chief engineer. It was designed by the then chief architect JC Alexander, inspired by the Safdarjung Mosque in Delhi. The crossroads, barely one kilometer from his residence in Thiruvananthapuram, is symbolic of the state’s communal harmony as a temple and church are located next to the mosque.

â€œWhen the mosque committee decided to rebuild the Palayam mosque, my father got the tender quoting the lowest amount. However, we had to spend money from our own pockets because the entrepreneur did not get upfront. At that time, a mason only received 4 rupees as a daily wage, “said Gopalakrishnan, 85, while recalling the days that shaped his career.

â€œI was building a house for PP Chummar, an official in the GA office in 1962, and received 5,000 rupees for my work. My father, who was worried about the money to build the mosque, asked me to join him after seeing the check. But I wasn’t in the mood to force him because it wasn’t fair. We had an argument over this. Then my mother Kamalakshy intervened and told me to ask for financial help from Chummar. Chummar was happy to support us. So the construction of the Palayam Mosque by Hindu architects, funded by a Christian, began. The design of the mosque with a dome and minarets was a new idea in the region. It was inaugurated in 1967 by then Indian President Zakir Hussain, â€Gopalakrishnan said.

In the same year, Gopalakrishnan received another major project. The Beemapally Mosque committee approached him about the reconstruction of the Beemapally Dargah Shareef. Beemapally is home to the tomb of Syedunnisa Beema Beevi, a woman believed to have divine powers and her son Syedu Shuhada Maheen Abubacker.

â€œI was only 31 years old. I finished the drawing in a week. The first was rejected by the Imam. However, I took the help of a Raheem, who worked with people with disabilities. Then they were happy with the design and I got the contract. Mr. Muhammad Ismail, a politician and social worker from Tamil Nadu, known as “Quaid-e-Millat” laid the foundation stone. I learned the basics of Indo-Saracen architecture from Indian Architecture (Islamic period) by Percy Brown. The combined area of â€‹â€‹the Dargha Shereef and Juma Masjid was over 20,000 square feet and the budget was higher. Part of the money for the construction came from a donation jar in the mosque. It took 17 long years to complete the work. I devoted my youth to this project, â€he said.

Another large mosque he rebuilt was the Ninar or Vavaru Palli Mosque in Erumely, named after the Muslim companion of Ayyappa, presiding deity of the Sabarimala temple. It is a tradition for Ayyappa devotees to pay homage at the mosque, before heading to the temple, 40 km away. There is a covered veranda for pilgrims, mostly Hindus, to walk around the mosque without disturbing the Namaz.

From Thiruvananthapuram to the district of Malappuram and Kanyakumari to Dindigul in Tamil Nadu, Gopalakrishnan designed 111 mosques, four churches and one temple.

His wish to build a church was granted when he was asked to design St George’s Orthodox Church at Chandanapally in the district of Pathanamthitta. He later designed three more churches. The only temple to his credit is the chariot-shaped Alumkandam Bhadrakali temple near his house.

His appointment with architecture began quite early while he was in school, copying the blueprints of buildings left by his father onto tracing paper. â€œOn weekends, I used to visit my father’s yards to see how these lines looked in reality. I learned the basics of construction drawing from LA Saldanha, an Anglo-Indian designer who worked with my father, â€he said.

Gopalakrishnan is married to Jaya, a Christian, and the couple have three sons. In 2002, he launched â€œManava Maithriâ€, a social organization aimed at promoting tolerance and fraternal relations between different communities.

Currently, he has completed the first part of his book ‘Njan Kanda Quran’ (The Quran in my opinion), based on his understanding of the Quran over the years.

â€œWhen I finished a building for Ansari Charitable Trust in Thrissur, they gave me the holy Quran. It had an English translation by Abdullah Yusuf Ali and it really helped me understand the text. So I was able to translate some of the verses into Malayalam. When I suggested that some of the Arabic verses in front of mosques should also be written in Malayalam, a few opposed it. My idea was that more people should know the beautiful teachings. Later, the same people, after understanding my intentions, came to congratulate me on my effort. My attempt is to narrow the gap between communities because conflicts over religion are undesirable, â€he said.

Why SBA Loans Are Attractive To Small Business Owners

The Putin doctrine? How the ideas of a 20th century thinker sidelined by the Soviets help shape Russia’s new foreign policy – Valdai Club