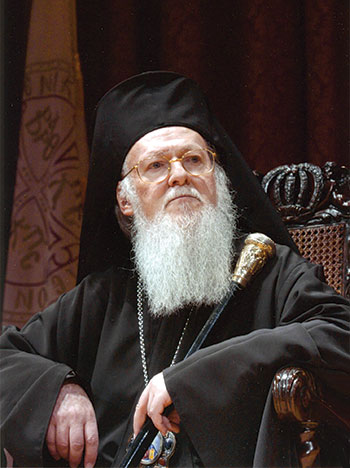 This article begins with an overview of the struggle for an independent Ukrainian Orthodox Church since Ukraine’s declaration of independence and the collapse of the Soviet Union. Second, it aims to shed light on the current situation by examining data from a national survey conducted in Ukraine in June this year. Several of the questions in the survey dealt with religious affiliations and practices. The survey also contained information on the level of religiosity among followers of major faiths. In short, the survey painted a statistical picture of the relationship between Ukrainians and the various religions and their branches in Ukraine.

Since 1992, the Ukrainian Orthodox Church (UOC) in Ukraine has been divided into several branches, of which two – the UOC-Patriarchate of Kiev (KP) and the UOC-Patriarchate of Moscow (MP) – were dominant. The UOC-MP remained attached to Moscow while the UOC-KP, born after the fall of the Soviet Union, reflected the will of the Ukrainian people embodied in the declaration of independence of August 24, 1991, reinforced by a referendum national on December 1. , 1991, where over 90 percent of the population voted for independence.

Over the next 23 years, the situation, although at times conflicting, remained relatively unchanged. After the Maidan revolution of 2014-2015, relations between the two branches began to become acrimonious. As in the political sphere, Ukrainians have expressed a strong desire to free themselves from Moscow’s interference in religious affairs.

In this context, on April 23, two weeks after President Petro Poroshenko met with Ecumenical Patriarch Bartholomew in Fanar, a section of Istanbul (Constantinople), the Patriarch expressed the desire to issue a “Tomos” (a decree or an official document of the church) the autocephaly of the Ukrainian Orthodox Church. Apparently, Ukraine had regained what it had for seven centuries, from 988, when Kyivan Rus’ was first Christianized, in 1686, when the Russian Orthodox Church usurped the metropolis of Kiev.

“The implications of Ukrainian autocephaly,” wrote Andrew Sorokowski in the pages of this journal in June, “could also affect ecumenism, perhaps even causing a reorientation of the Vatican’s Ostpolitik from a Russo-centric view. to a more multipolar vision of orthodoxy. And with other independent Orthodox Churches â€, noted Dr Sorokowski,â€œ an autocephalous Ukrainian Church could, as Patriarch Filaret said, contribute to a renewal of European Christianity â€.

In addition, Dr Sorokowski ventured “if we imagine that the community of Ukrainian Orthodox Churches includes the ‘Orthodox in communion with Rome’, otherwise known as Ukrainian Greek-Catholics, each Church being free to seek connections. with Constantinople, Rome or both – the ecumenical implications are staggering.

On the question of ecclesiastical property, Patriarch Filaret noted that â€œthe lands, churches and monasteries illegitimately held under the name of the UOC-MP will be returned to its true owner, the autocephalous Church recognized by Constantinople. Moscow-controlled shrines such as the Kyiv Pecherska Lavra – a gem in the heart of the city – will be transferred to the local Orthodox Church in due course, â€he said. June 28, Metropolitan Ilarion, the chairman of the Department of External Church Relations and a permanent member of the Holy Synod of the Moscow Patriarchate, reacted with hostility to Bartholomew’s announcement, calling Filaret an illegitimate usurper who had created a schism in the Orthodox Church in Ukraine, and warning that this will lead to bloodshed and tragic consequences.

The Archbishop of Chernihiv and Nizhyn, Yevstratiy, replied that “the hysteria emanating from the Moscow Patriarchate is not unexpected but will not stop the movement towards autocephaly”.

â€œThe creation of a new unified UOC bringing together all branches not attached to Moscow, the already majority KP will become even more powerful, and the Russian Orthodox Church (ROC) will lose its area of â€‹â€‹influence. Autocephaly for the UOC will also mean that the ROC, cut off from its roots in Kiev, will no longer be the cradle of Slavic orthodoxy, â€writes Constance Vilanova in La Croix, the French Catholic daily.

According to Gazeta UA, Patriarch Filaret said that although the MP has twice as many churches as the KP in Ukraine, the KP has twice as many members. To help shed light on the complicated religious situation in Ukraine and add credit to Patriarch Filaret’s request, in May I asked the Kyiv International Sociological Institute (KIIS) to include several questions regarding the religious affiliation of Ukrainian citizens.

The omnibus survey was carried out in all of Ukraine’s oblasts except Donetsk and Lugansk oblasts, where interviews were only conducted in areas controlled by Ukraine. It was not carried out in Crimea. A total of 2,025 interviews were conducted. Fieldwork took place from May 18 to June 5. KIIS had conducted similar investigations in the past, and this investigation reflects the situation as of June 2018.

By asking respondents about their religious affiliation, level of religiosity and support for President Poroshenko’s initiative, the poll clarified the attitudes of Ukrainians towards all religions. The specific question asked was: “Which of the following religious groups are you a member of or that you feel closest to?” Along with this question, respondents were asked to indicate their attitude towards religion. The table below summarizes the answers to these questions.

The most important finding from the table is that at least two and a half times more respondents (43%) identified with the UOC-KP or UAOC than with the UOC-MP (17%). Previous surveys have shown that an approximate 3: 1 ratio in favor of KP has been consistent over the past 20 years.

Furthermore, similar surveys conducted in Ukraine and Russia suggest that in general Ukrainians have always been more active and religious than their Russian counterparts. One in six Ukrainians (16%) does not associate with any religion; most of these 16 percent of respondents live in areas east of western Ukraine.

Finally, respondents were asked to what extent they support President Poroshenko’s April initiative to create a unified Ukrainian Orthodox Church – i.e. fully supportive, generally supportive, generally not support, not at all supported. Overall, 42 percent said they supported such an initiative, while 31 percent did not. Significantly, more than a quarter said they had difficulty deciding whether or not to support the initiative.

Jaroslaw Martyniuk is a retired researcher living in Washington. From 1979 to 1991 he worked in Paris, first as an energy economist for the International Energy Agency, then as a researcher for the Soviet Area Audience and Opinion Research, a unit of Radio Liberty. He is the author of the recently published book “Monte Rosa: Memoir of an Accidental Spy”.