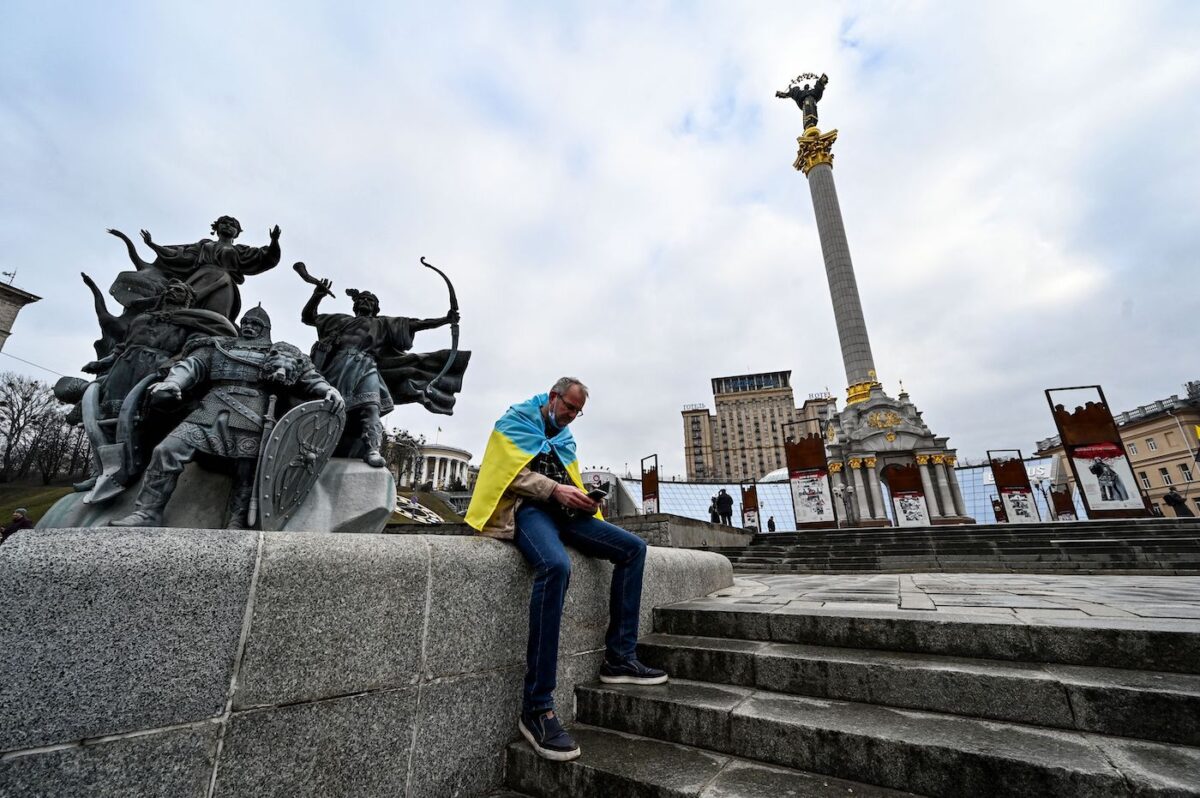 For Putin, Russia’s isolation from the globalist agenda of Western elites allows his country to preserve its Byzantine heritage, old Slavic culture and Orthodox beliefs, untouched by postmodern trends in Europe and North America.

According to Putin, Professor Mark Galeotti writes while some use the term “Eurasian”, Russia is not an Asian country.

“It’s European, but really European. It was the Russians who defended Europe time and time again, sometimes against enemies from outside, like the Golden Horde, sometimes against those inside, whether they were potential conquerors like Napoleon or Hitler, or forces of chaos and deviance. In other words, the line is that Russia is holding on to true European values ​​at a time when the nations to the west have abandoned them.

Although the Russian leader is an outspoken supporter of traditional Orthodox values, he was initially quite willing to be a partner of “the West”. This was under the assumption that as long as Russia supported the US-led “Global War on Terror”, Western leaders would treat Russia with more respect and not threaten its national borders.

During his first years as president, writes Russian history professor Orlando Figes, Putin pushed Russia toward greater integration with the West, envisioning the country as “part of the culture of Western Europe. “.

Putin even said he was open to Russian membership of NATO and the European Union, depending on how Western institutions – NATO in particular – would act in problem areas. of security and historical sensitivities, added Figes.

Interestingly, much of Putin’s anger over the situation in Ukraine is not only directed at Western elites, but also at the Bolsheviks. For him, these communists had no respect for Russian history and allowed historical Russian lands to be acquired by the newly independent state of Ukraine.

Some argue that Ukraine should have taken only what it had when it joined the USSR in 1922. This is an argument made also by the most famous of Soviet dissidents and a vocal critic of communism, the late Alexander Solzhenitsyn, who had a major influence on Putin’s strategy. thinking.

In this context, little importance was attached to the Soviet “gift” to Ukraine. In 1954, Crimea was handed over to Ukraine as a gift by Soviet leader Nikita Khrushchev, who was half-Ukrainian himself.

This was not surprising, as Russia’s most important naval base was in Sevastopol in the Crimea, a predominantly Russian territory awarded to the Ukrainian Soviet Republic by Khrushchev to mark the 300th anniversary of Russia’s union with the Cossacks. Of course, there were no national borders between Russia and Ukraine in the former Soviet Union.

The Soul of Russia

The loss of Crimea was keenly felt by the Russians. A quarter of a million Russians died in the Crimean War. The region is also the symbolic home of the “Russian soul” since it is the cradle of Russian Orthodox Christianity where Prince Vladimir was baptized.

Vladimir Sviatoslavich, also known as Vladimir the Great, was the Grand Prince of Kyiv and ruler of Kyivan Rus from 980 to 1015. According to the Primary Chronicle, his conversion was the result of his search for the “True Faith”.

Vladimir is still revered as a symbol of Russia’s sacred origins as a united family of Russians – contemporary Russians, Ukrainians and Belarusians. They were all originally one nation and members of the same Slavic family who shared, for the most part, the same language and the same Orthodox Christian principles.

When Kyiv was in its heyday, Moscow was barely a canton. The first reference to Moscow dates back to 1147, when Yuri Dolgoruky, soon to be Grand Prince of Kyiv, held a meeting there. At that time, Kyiv was the heart and soul of the Rus.

However, when the Mongols arrived, Kyiv was destroyed, and it was Moscow that gradually became the main city for all Rus.

Before the Mongol invasion in the early 13th century, Kyiv had a population of 50,000, more than London and not much less than Paris. But in 1236, the city was sacked with such murderous savagery that only 2,000 of its inhabitants survived. The Mongol conquest turned the princes of Kievan Rus into vassals of the “Golden Horde”, and about two-thirds of the cities of Kievan Rus were wiped out.

How does this period of Kievan Rus’ history actually relate to the rest of Russian history? And is there any meaningful sense in which modern Russia can claim it as the foundation of its national identity?

Once again, Figes provides an answer:

“The lasting legacy of Kievan Rus was in religion and the cultural sphere, where Byzantium would go on to permanently mark Russian civilization. We should consider Kievan Rus as part of ancient Russian history – a period connected with its later history in the same sense that Anglo-Saxon Wessex is part of English history or that Merovingian Gaul is linked to modern France – namely as a source of the country’s religion, language and artistic forms.

What particularly defines Russians and Ukrainians is precisely their common Orthodox faith. In 1325, the Metropolitan (Archbishop) of “Kyiv and all the Rus”, Piotr II, moved his seat from Kyiv to Moscow, making it the new spiritual capital of all the Rus. Moscow’s position with the Church was strengthened by its military defeat of a large Tartar army in 1380 at the Battle of Kulikovo, near the Don River.

Kulikovo’s victory is still celebrated in Russia, and Putin often referred to it as proof that his country was already a great power – “Europe’s savior from the Mongol menace – in the 14th century”.

On January 16, 1547, the Grand Prince of Moscow, Ivan IV, was crowned as the new “Roman Emperor” by Macarius, head of the Orthodox Church. He became the first “tsar”, a word that comes from the Roman imperial title “Caesar“, which is based on a claim that Moscow had become the “third Rome” succeeding Constantinople and Rome itself.

The crowning of the Grand Prince of Moscow as Tsar was a gesture to promote Moscow as the last “true seat” of the Christian faith, the successor to Byzantium after the Turkish conquest of Constantinople.

Since the mid-1990s, the Russians have fiercely opposed NATO’s commitment and its strategy to take Ukraine out of Russia’s orbit and integrate it into “the West”.

Henry Kissinger, who knew the region’s history and served as US Secretary of State and National Security Advisor under Presidents Richard Nixon and Gerald Ford, believed that Ukraine should never be allowed to join NATO.

“The West must understand that, for Russia, Ukraine can never just be a foreign country. Russian history began with Kievan-Rus,” he said.

Famed US diplomat George Kennan, in a 1998 interview shortly after the US Senate approved NATO’s first round of expansion in Eastern Europe, warned that it would lead to “a new war cold, probably ending in a hot war”.

“I think it’s a strategic mistake. There’s no reason for it. Nobody was threatening anybody else,” Kennan said.

He then predicted that NATO expansion would inevitably cause a military crisis, after which proponents of such expansion “would say that we have always told you that this is how the Russians are”.

Arguably, the Russians were unhappy with NATO’s decision to expand the Alliance to include the former Warsaw Pact countries. And now they feel that NATO has moved too close to their national border and turned a former ally into a de facto member of the US military alliance.

Clearly, the Russians have reached the limits of their willingness to tolerate NATO action, and they may in fact have a historical reason for this.

Augusto Zimmermann is Professor and Director of Law at the Sheridan Institute of Higher Education in Perth. He is also President of the Western Australian (WA) Legal Theory Association, Editor of The Western Australian Jurist and was a member of the WA Law Reform Commission from 2012 to 2017. Zimmermann is the author of numerous books, including “Direito Constitucional Brasileiro”, “Western Legal Theory” and “Christian Foundations of the Common Law”.

Pastoral letter calling for prayer, fasting and action for Ukraine – Development and…