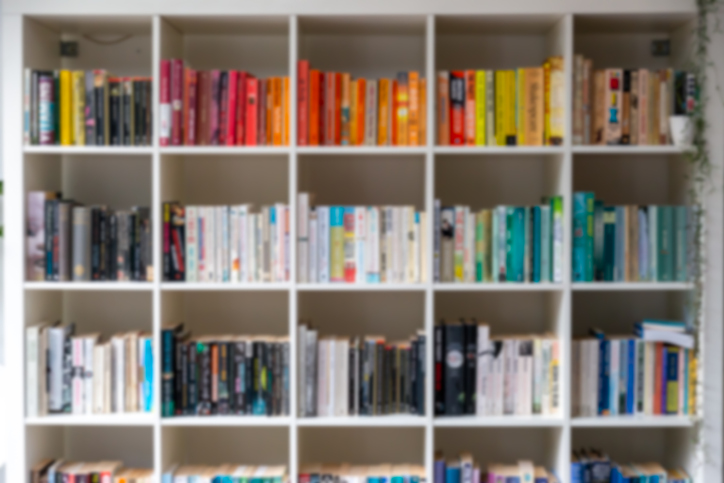 The bibliographic quarantine blurs our understanding of secularism

To study “secularism” in the United States is to get bogged down in complexity, controversy and, above all, confusion.

The S-word features in today’s debates on everything from burgeoning new electoral blocs to the January 6, 2021 insurgency. Yet journalists, clerics, politicians and, yes, professors who talk about secularism often do not speak of the same thing. This is where the confusion lies.

In unscholarly discourse, I notice three overlapping uses of the term. The first equates secularism with atheism. Today, some non-believers refer to themselves – and are called – as “lay people”. A second related usage is common among religious conservatives. He associates “secularism” with that rare variant of extreme atheism that mocks believers and plots their liquidation.

A third approach builds on the second. He looks to the Soviet Union, where communist militants have indeed mocked and liquidated believers. Secularism becomes Bolshevism; its mandate is to nationalize church lands, forcibly convert citizens to ungodliness, drag believers into dungeons, and grind every steeple, minaret, and Torah scroll to fine dust.

Perhaps the reader now understands why secularism is so controversial, especially among the religious right. Already in 2005, a Russian clergyman had gravely warned against “the assault of militant secularism on what remains of European Christian civilization, with the desire to erase it once and for all”. Muslim, Jewish and Hindu fundamentalist leaders have rung the same doomsday bells.

There is another, very different conception of secularism that sometimes surfaces in popular discussions: “the separation of church and state”. And somehow, all four definitions work simultaneously and without much elaboration.

Ideally, this is where the professors heroically enter the narrative, their scholarly interventions imbuing this dimly lit discourse with clarity. This does not happen. One reason is that scholars too have strong feelings for and (mostly) against their particular conceptions of secularism. More importantly, researchers tend to quarantine themselves bibliographically, avoiding engaging in different approaches.

In a silo are demographers and political scientists studying the “nones,” that fast-growing cohort that professes no religious affiliation in surveys. These scholars portray the no as secular, prompting journalists to run headlines such as “America is getting less Christian, more secular.” But according to a popular understanding of the secular as atheist, this is misleading; the majority of nuns are neither atheists nor agnostics but not religiously aligned.

In another silo, we find postmodern, post-Foucauldian and post-colonial theorists: what I call the POMOFOCO approach. Foucault himself wrote very little about secularism per se. However, his thinking has been applied to secularism by the anthropologist Talal Asad and his followers: specifically, his analyzes of the sophisticated mechanisms of governmental domination of the post-Enlightenment West, his manic ordering of all aspects of human, and its extreme overhaul of the fore-modern mind, body and soul.

Although I criticized POMOFOCO, the school has a lot to recommend it. Fundamentally, these scholars do not link secularism to atheism or religious disaffiliation. Secularism is for them, among other things, a project of governance. In my own work, I call this “political secularism”. I define it as legally binding actions of the secular state that seek to regulate the relationship between itself and religious citizens, and between religious citizens themselves.

POMOFOCO theorists skillfully identify the failures of political secularism. While secular governments insist that they are “neutral,” or “church separate from state,” or lack an “establishment” of religion, these critics argue against it. They show how these States impose their vision of the religious world (generally majority Christian) on “others”, whether they are citizens or colonized subjects. Secular France (secular), for example, claims neutrality, but its policies result in unequal treatment of Muslims on issues concerning religious dress and freedom of expression.

However, the POMOFOCO school underestimates what secularism is confronted with. And what they face are determined and disciplined national and transnational formations of religious conservatives who want to control the state themselves. Their prescriptions for religious minorities, women, LGBTQ people, heretics and non-believers are well known. How POMOFOCO theorists imagine fundamentalists would be contained during a “post-secular” dispensation is unclear.

Instead of seeing all political secularism as tyrannical, I place it on a spectrum from benign to beastly. Secular Uruguay, with its progressive policies toward sexual minorities, is not secular Baathist Syria. India’s beleaguered and gandhified secularism is far preferable to what we encounter in China. Despite all its faults, French secularism never subjects its religious citizens to Soviet indignities.

Whatever the secularisms, they are certainly worthy of interest. The “nones” are multiplying on a global scale. Political secularism in the United States is on the verge of collapse. Meanwhile, the political power of anti-secularists is soaring, be they Islamists, Christian conservatives, Hindu nationalists or ultra-Orthodox Jews.

So what are the next steps for “secular studies”? The isolation of research communities must end. The POMOFOCO school, the “none” researchers and the students of political secularism should all come out of their self-imposed bibliographic blockages and draw inspiration from each other. The spread of intellectual community will reduce confusion.

Next, we need more curiosity. Countless questions about this -ism have yet to be answered – or even asked. How come nearly two dozen constitutions of African nations are, by definition, secular? Is “separation of church and state” a definition of secularism, or just an (underperforming) variant? How did secularism and atheism become synonymous in popular discourse?

Finally, we need to think about the issues. What happens to nuns, lay people (however defined) and even teachers if political secularism is defeated by its fundamentalist adversaries?

Jacques Berlinerblau is professor of Jewish civilization at Georgetown University. He is the author of numerous books and scientific articles on secularism, his most recent being Secularism: the basics (Routledge, 2021). He would like to thank Alexander Lin and Ria Pradhan for their help in researching this article.