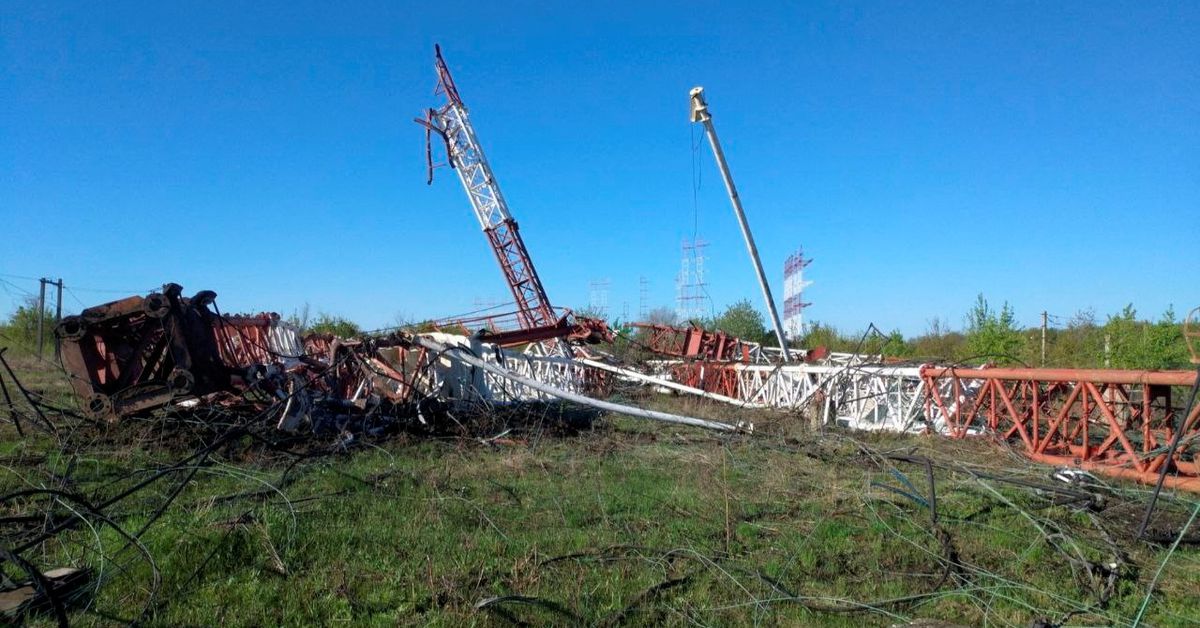 CHISINAU, April 26 (Reuters) – Ukraine on Tuesday accused Moscow of trying to drag the breakaway Moldovan region of Transnistria into its war against kyiv after authorities in the Moscow-backed region said they had been targeted by a series of attacks.

Authorities in Transnistria, an unrecognized strip of land bordering southwestern Ukraine, said blasts damaged two radio antennas broadcasting in Russian and one of its military units came under attack.

He provided few details, but blamed Ukraine, raising its “terrorist” threat level to red and introducing checkpoints around its cities.

“Traces of these attacks lead to Ukraine,” Russian news agency TASS quoted Vadim Krasnoselsky, the so-called president of Transnistria, as saying. “I assume that those who organized this attack aim to draw Transnistria into the conflict.”

Reuters could not independently verify accounts of the attacks.

The Kremlin, which has troops and blue helmets in the region, said it was seriously concerned.

Ukraine fears the region could be used as a launching pad for new attacks. President Volodymyr Zelenskiy blamed Moscow, saying Russia was showing Moldova what to expect if it continued to back kyiv.

“We have seen that another step is planned by the Russian Federation (…) we understand why, really, to destabilize the situation in the region”, he declared during a press conference with the head of the International Atomic Energy Agency.

Ukraine “condemns the desperate attempts to drag the Transdniestrian region of Moldova into a full-scale war against Ukraine,” the foreign ministry said earlier.

He noted that the incidents followed recent comments by Russia about expanding its reach in the region. Read more

Moldova, which is sensitive to any signs of worsening security in the enclave, called an emergency security council meeting after the reports.

A view of the toppled Pridnestrovian Radio Center antennas, also known as the “Grigoriopol Transmitter”, following the explosions, near Maiac, Grigoriopol, in the self-proclaimed breakaway region of Transnistria in Moldova, in this released photo April 26, 2022. Transdniestrian Interior Ministry/Handout via REUTERS

“According to the information we have at the moment, these escalation attempts come from factions within the Transdniestrian region that are pro-war forces and interested in destabilizing the situation in the region,” said President Maia. Sandu at a press conference.

She said the Moldovan security council had recommended strengthening the combat readiness of forces, increasing the number of patrols and checks near its border with Transnistria and monitoring critical infrastructure more closely.

Russia has had troops permanently based in Transnistria since the collapse of the Soviet Union.

Last week, a senior Russian military official said the second phase of what Russia calls its “special military operation” in Ukraine included a plan to take full control of southern Ukraine and improve its access to Transnistria. Read more

Later on Tuesday, the Russian Foreign Ministry said Moscow wanted to avoid a scenario in which it had to intervene in Transnistria, the RIA news agency reported.

Sandu, from Moldova, described the situation as “complex and tense”, but said she had no intention of discussing it directly with Russian President Vladimir Putin.

Washington was examining the cause of recent violence in Transnistria, US Secretary of Defense Lloyd Austin said at Ramstein Air Base in Germany. Read more

“I don’t really know what it is, but it’s something we’ll stay focused on,” Austin said.

UN Secretary-General Antonio Guterres has urged “all concerned to refrain from any statement or action that could escalate tensions” in the region, UN spokesman Farhan said. haq.