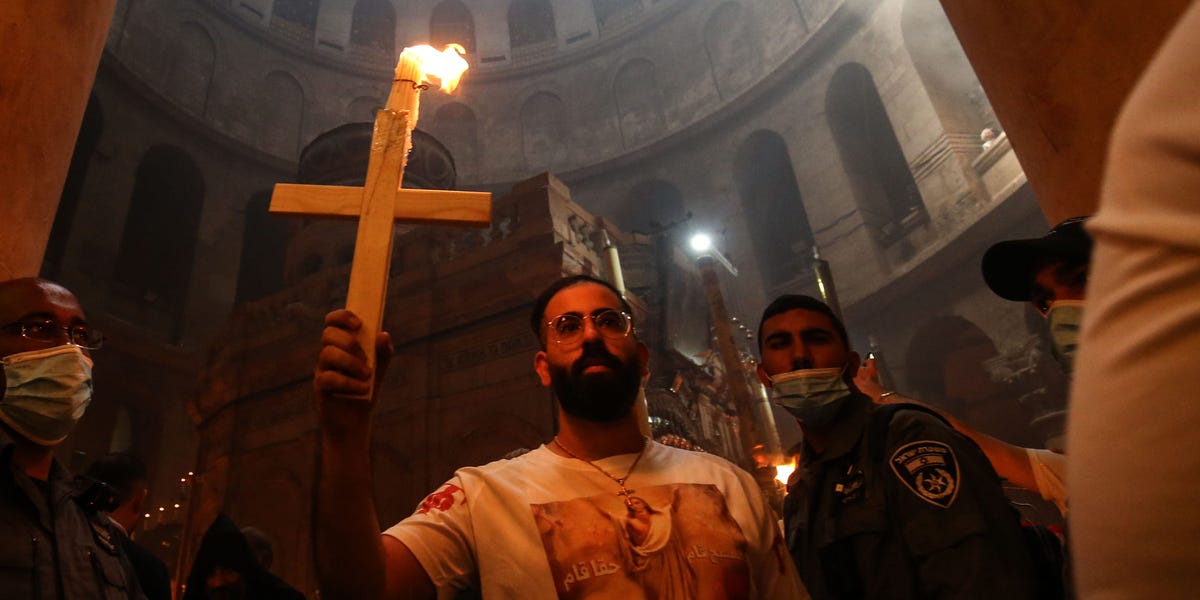 Church leaders in Jerusalem have warned Christians have become targets of “frequent and supported attacks by radical fringe groups” across the Holy Land in strong speech declaration.

Patriarchs and local church leaders in Jerusalem have pointed to “countless incidents” of physical and verbal assault and vandalism of holy places and churches.

In March of this year, the Romanian Church Monastery in Jerusalem was vandalized and its entrance set on fire. It was the fourth such attack on the monastery in a month, Daily sabah reported.

No assailant has been identified, but the Assembly of Catholic Ordinaries of the Holy Land said in a statement that authorities suspected “religious Orthodox Jews”.

In last week’s statement, religious leaders warned that the attacks appeared to be part of a “systematic attempt to drive the Christian community out of Jerusalem and other parts of the Holy Land.”

The Holy Land encompasses the modern State of Israel, the Palestinian territories and parts of neighboring countries.

Church leaders have warned that radical groups continue to â€œacquire strategic assetsâ€ in the Christian Quarter of Jerusalem in an attempt to diminish the Christian presence.

They said these groups used “underhand deals and intimidation tactics” to evict residents from their homes.

The population of Christians in the Holy Land has steadily declined over the years.

In 1922, Christians made up about 10% of the population of the Holy Land. By 2019, that figure had fallen to around 2%, with archbishops writing in The temperature noted.

Justin Welby the Archbishop of Canterbury, the principal leader of the Church of England, and Hosam Naum, the Anglican Archbishop of Jerusalem, wrote that “someone has kindled a fire in the Church of All Nations in the Garden of Gethsemane, the place where Jesus prayed on the eve of his crucifixion. “

Thet added that Christians in the region “are too often obscured and even forgotten amid competing perceptions of Middle Eastern geopolitics.”

In last week’s statement, church leaders in Jerusalem underscored the value Christians bring to religion, both socially and economically.

They said the small Christian population has contributed “a disproportionate amount” to education, health and humanitarian services in communities across the region.

They also pointed to a recent report from the University of Birmingham, which found that Christian pilgrimage and tourism contributes $ 3 billion to the Israeli economy.

The leaders thanked the Israeli government for its efforts to protect Christians, including helping millions of pilgrims to visit holy places.

However, they said it was “of grave concern” that “this national commitment is betrayed by the failure of local politicians, officials and law enforcement to curb the activities of radical groups.”

To remedy this, they said the authorities should deal with radical groups in Jerusalem and should discuss the creation of a special Christian cultural and heritage area to safeguard the integrity of the Christian Quarter in the Old City of Jerusalem.

Insider contacted the Israeli Embassy in London for comment, but did not immediately receive a response.