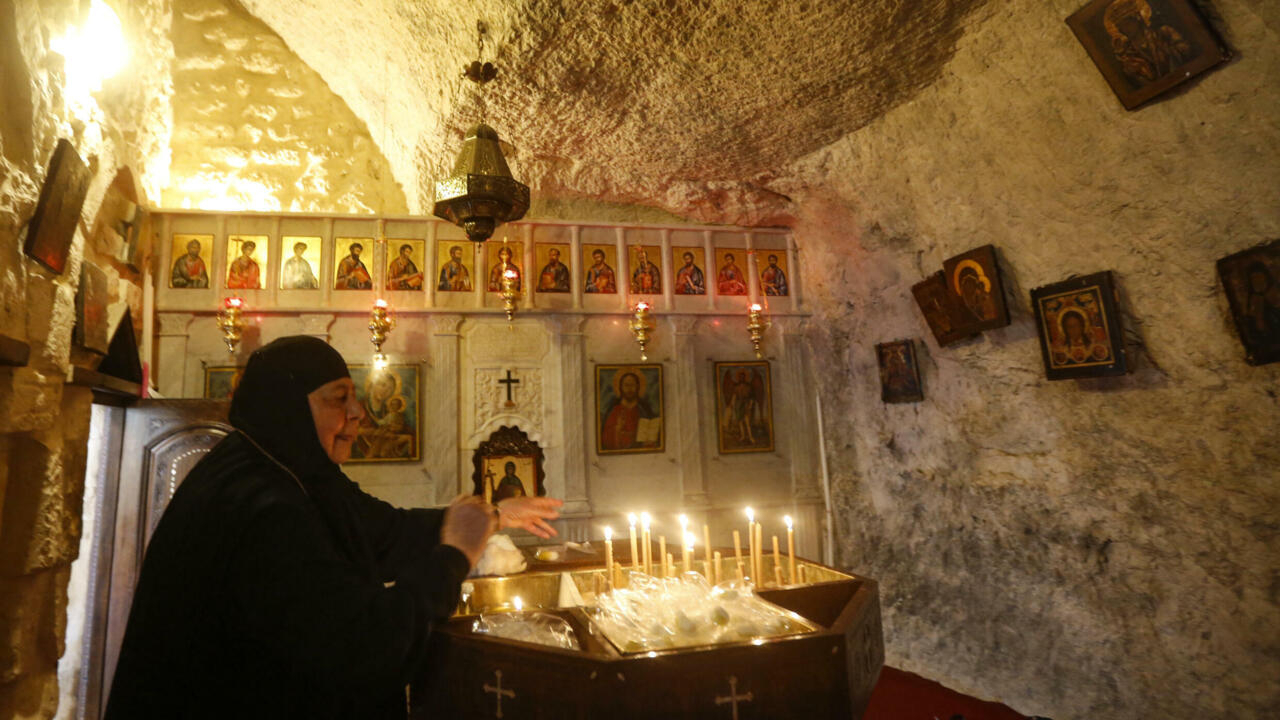 In the ancient Syrian village of Maaloula, whose inhabitants still speak the language of Jesus, volunteers are raking stones and cleaning up graffiti in preparation for the return of Christian pilgrims after years of war.

Nestled among towering cliffs in the mountains north of Damascus, Maalula is one of the oldest Christian settlements in the world.

Before the war in Syria, it drew thousands of visitors a year, including former US President Jimmy Carter and the late Venezuelan leader Hugo Chavez, to visit its churches and monasteries and hear its residents speak Aramaic.

But from 2011, the devastating conflict largely alienated the pilgrims from the village, whose name in Aramaic means “entrance”, after the narrow passage between its limestone cliffs.

Legend has it that in the first century, Saint Taqla, a young woman, escaped an arranged marriage with a pagan and ran away from her home to lead a Christian life.

With Roman soldiers in pursuit, she reached a dead end in the mountains, but when she prayed, a passage opened in the rock face, leading to a cave.

She lived there the rest of her life, healing the sick with water from a sacred spring, near the site of the present-day Greek Orthodox Saint Taqla Convent.

In the narrow pass at the foot of the canyon, men worked in the summer heat to prepare the site for visitors in time for the Assumption on August 15.

Volunteers lifted a rock that fell off the trail, then shoveled limestone debris into a wheelbarrow to clear the way for a new stone path.

Yahya, 29, dabbed a damp rag on the rock to rid it of graffiti left during the conflict.

“We’re going to make him look even better than before,” he said, sweat streaming down his forehead.

Nearby, on the side of the winding 500-meter canyon leading to the Convent of Saint Taqla, the Arabic word “message” and a heart were still visible, both painted red.

– Residents are slow to return –

Al-Qaeda-linked rebels and jihadists seized Maaloula in the fall of 2013, forcing most of its Christian inhabitants to flee.

The then Syrian affiliate of Al Qaeda kidnapped 13 nuns from the Saint Taqla convent. They were released during a prisoner exchange with the authorities in Damascus in March 2014.

But years later, many of the city’s 6,000 predominantly Greek-Catholic residents have yet to return, as have visitors from out of town.

The mayor of the village, Ibrahim al-Shaer, said the canyon was once a key attraction.

But during the conflict, “it was left at the mercy of the elements, littered with remnants of war, and its walls disfigured with graffiti,” he said.

Yussef Ibrahim, the vice-governor of the governorate of Damascus, grew up in Maalula.

He remembered the time when diplomats and foreign dignitaries came to admire the old village.

â€œPeople came to Maaloula cave to pray and seek a cureâ€ for their ailments, he said.

“I’ll be a lot happier when I see them all come back.”