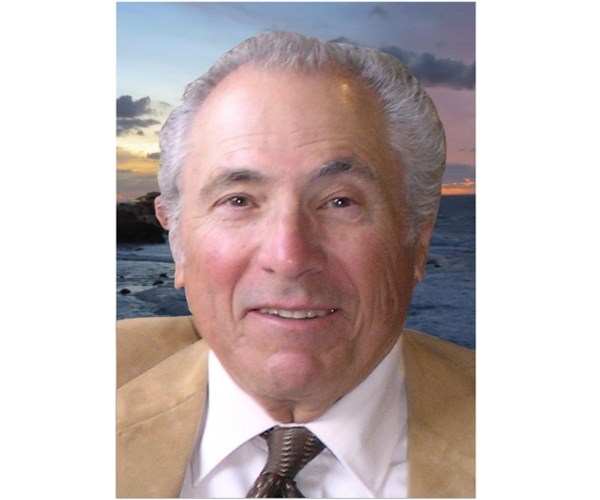 Steve S. Nicolaidis
December 13, 1932 – July 13, 2021
La Jolla, California
It is with deep sadness that we announce that Steve, husband, father, grandfather, godfather and beloved brother, passed away on July 13, 2021, at the age of 88. Steve was born in Jersey City, NJ in 1932. He grew up being involved in the local church of Evangelismos of which his father was one of the founders, and where he built his solid foundation of his faith that he has. worn throughout its life. His father owned a restaurant where his Eminence Archbishop Athenagoras visited and dined frequently, and greatly enjoyed the company of young Steve. In 1951, at the age of 18, Steve and his family moved to San Diego, California. There he obtained a degree in accounting from San Diego State University and established his own successful accounting firm and practiced for over 40 years. Steve became very involved as a member of his local parish, St. Spyridon Greek Orthodox Church, as a volunteer and youth group chair. There he met his wife, Zoe, whom he married and was blessed with three children. He continued his growth and dedication to his faith and service to the church, and became a member of the parish council board and later president. At this time, the church was going through difficult times and Steve devoted his tireless efforts to addressing and resolving many of the current issues. Some of his accomplishments have been to strengthen the parish community, and he performed one of the most successful annual Greek festivals in San Diego history, at the Scottish Rite Temple in the fall of 1978. He and his wife Zoe presided over the event, with the help of the ward council. The proceeds from the sale were used to pay off the church’s first mortgage, which was celebrated at the feast named St. Spyridon event held at the Town and Country Hotel, which Steve and Zoe also chaired with the â€œFirst Mortgage Burnâ€. Soon after, the event attendees became so enthusiastic that they were ready to raise enough additional funds to pay off the second and final mortgage. Soon after, Zoe, a devoted Christian, had a long-held dream and idea of â€‹â€‹celebrating the religious day of Epiphany outdoors by throwing a cross into the ocean like they do in Greece. Finally, her dream came true when her husband Steve and his family created the 1st annual Epiphany Day celebration event on January 7, 1979, with the grand ceremony held at Mission Bay which included three priests, the Cantor, the Chorus, the Alter Boys including Steve’s son, and the young divers. The event was followed by a sit-down lunch and live music at the Bahia Hotel with over 600 participants. During the event, Zoe was honored for her great idea and hard work for this event. It was followed by the â€œsecond and final mortgage burnâ€ by President and Church President Steve and the three priests in attendance. These beautiful events have been documented with numerous photos to commemorate them forever. Steve was honored for all of his successful accomplishments that no other president could have achieved in such a short time. He was honored with the prestigious Medal of Saint Andrew and a letter of congratulations from His Eminence Archbishop Yakovos, honored by His Grace Bishop Anthony, who nicknamed Steve “The Miracle Man”, as well as plaques of recognition of service from the Order of Ahepa, The Arcadians, the Parish Council of St. Spyridon and the entire church community. Steve was a very humble, honest, humorous, big-hearted person who devoted his love to his faith and his family. He enjoyed every moment with his loving family, especially when they traveled together. One of their many trips included a visit to Jerusalem where the family was baptized in the Jordan River by Bishop Ambrossios, who also escorted them with a private tour of all religious sites in the area and he was subsequently enthroned Archbishop of Nablus. Soon after, he visited and stayed in Steve’s house along with Archbishop Artemios for 14 days. Steve is survived by his wife Zoe, his brother George, his daughters Aspasia and Christine, his son Steve, his stepdaughter Georgia, his grandchildren Chris, Zoe, Sophia and Despina. Steve is resting at El Camino Memorial Park, St. Demetrios Garden. Private funeral services were held on July 18, 2021, chaired by Fr. Simeon Corona and the accompaniment of his wonderful Presbytera, Joy, with his voice of “Angel” from the Greek Orthodox Church of St. Gregory of Nyssa in El Cajon, CA. Steve has lived an extraordinarily busy life filled with great love and happiness. He left us too early because he had so much more to give. He leaves a legacy of being a loving person who has touched so many lives. He will be missed, but never forgotten – “We will always keep your memory in our hearts Husband, Baba, Papou & Nouno.”

To plant trees in memory, please visit our Sympathy store.

What is Kvirikoba? The ancient folklore and rock throwing festival of rural Georgia