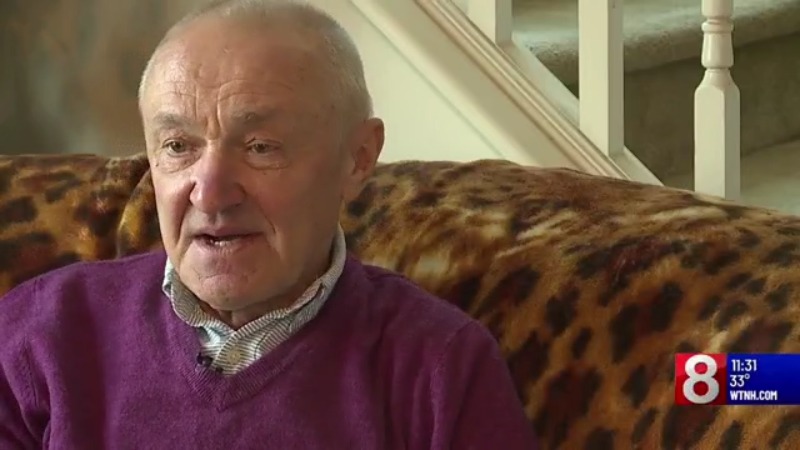 NEW HAVEN, Conn. (WTNH) – Here in New Haven County there is a man with strong ties to Russia and Ukraine – even President Putin. He has an interesting perspective on what is happening in his native country.

“I’m a bit scared because I have a lot of friends now in Kyiv and Ukraine,” Obuhov said. “So it’s kind of my, almost like a second native, I mean, a country and a city.”

While now living in Connecticut, Obuhov was born in the Soviet Union. In the early 80s, the KGB arrested him for a book. He spent four years in a camp and two years in exile as a political prisoner. Eventually he became an American citizen, but traveled frequently between countries.

Then, in 1994, Vladimir Putin, who was deputy mayor of St. Petersburg, asked to meet him.

“He was really polite, very, I mean quite diplomatic and very enthusiastic,” Obuhov said of Putin. “He’s just a regular civil servant in some sort of high-level office, so it looks like he cares about people, I mean economics, politics.”

Over the years, he has seen Putin grow into the man he is today. Obuhov said the turning point came in 2014 when Russia captured Crimea. He described Putin not as a politician, but as a “criminal and war criminal”.

“Now the whole situation in the world, and between the relations between the United States and Russia and everything, it’s starting to drift and go into World War III,” Obuhov said.

Obuhov said Ukrainians are strong and will not accept a Russian-led government.

“Every day I talk to my friends in Kyiv several times every day, so they said, well, we want to fight,” Obuhov said. “There’s no way I mean just give up.”

To help, Obuhov said the United States must hit Russia with tougher sanctions than it has already taken.

“Until this situation, until Putin, and his I mean, his whole body in power, no kind of commercial or economic communication with Russia,” Obuhov said.

He fears Putin’s next move.