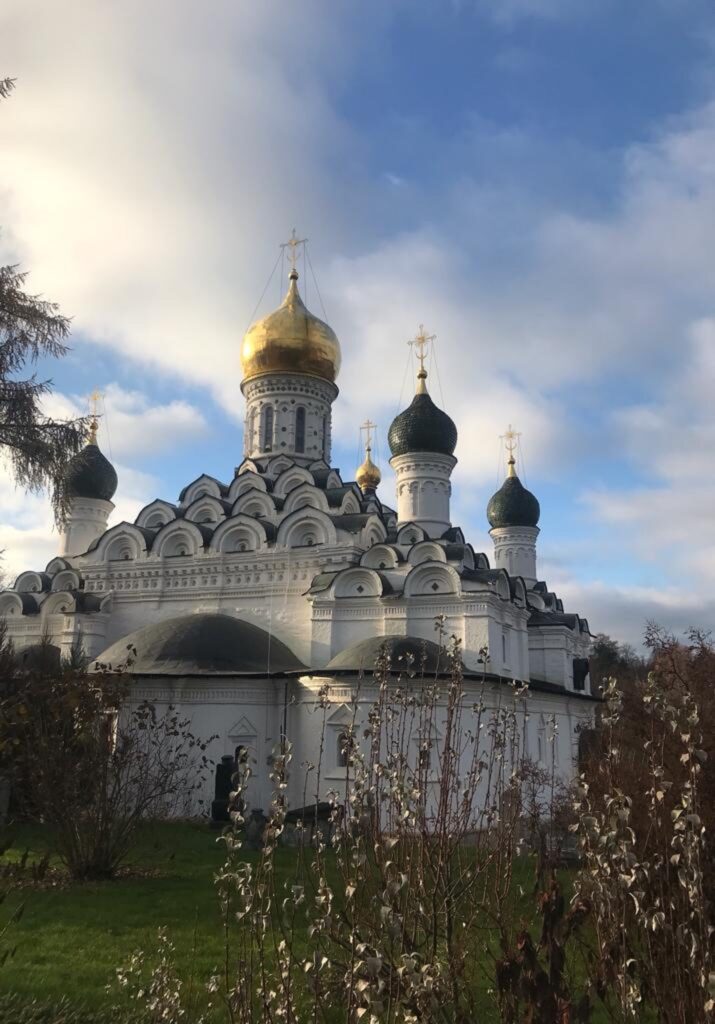 Souvenirs from Russia: the Church of St. Nicholas The Wonderworker, Nicholo-Uryupino in the Moscow region

The Russian Orthodox Church has a millennial history of strong political and spiritual influence on the people of the Russian state. After enduring the Soviet era as a state-controlled religious front, the church quickly regained its membership and political influence in the early 1990s. Christmas falls on January 7, 2022 in the Gregorian calendar. The Russian Orthodox Church is one of the largest autocephalous or ecclesiastically independent Eastern Orthodox churches in the world. Its members are estimated at more than 90 million.

Saint Nicholas is a beloved Russian saint. My Russian tour guide Irina, mother of three sons, whom I met in the fall of 2015, emailed photos of the Church of St. Nicholas the Wonderful in the village of NIKOLO-URYUPINO, in the region from Moscow. 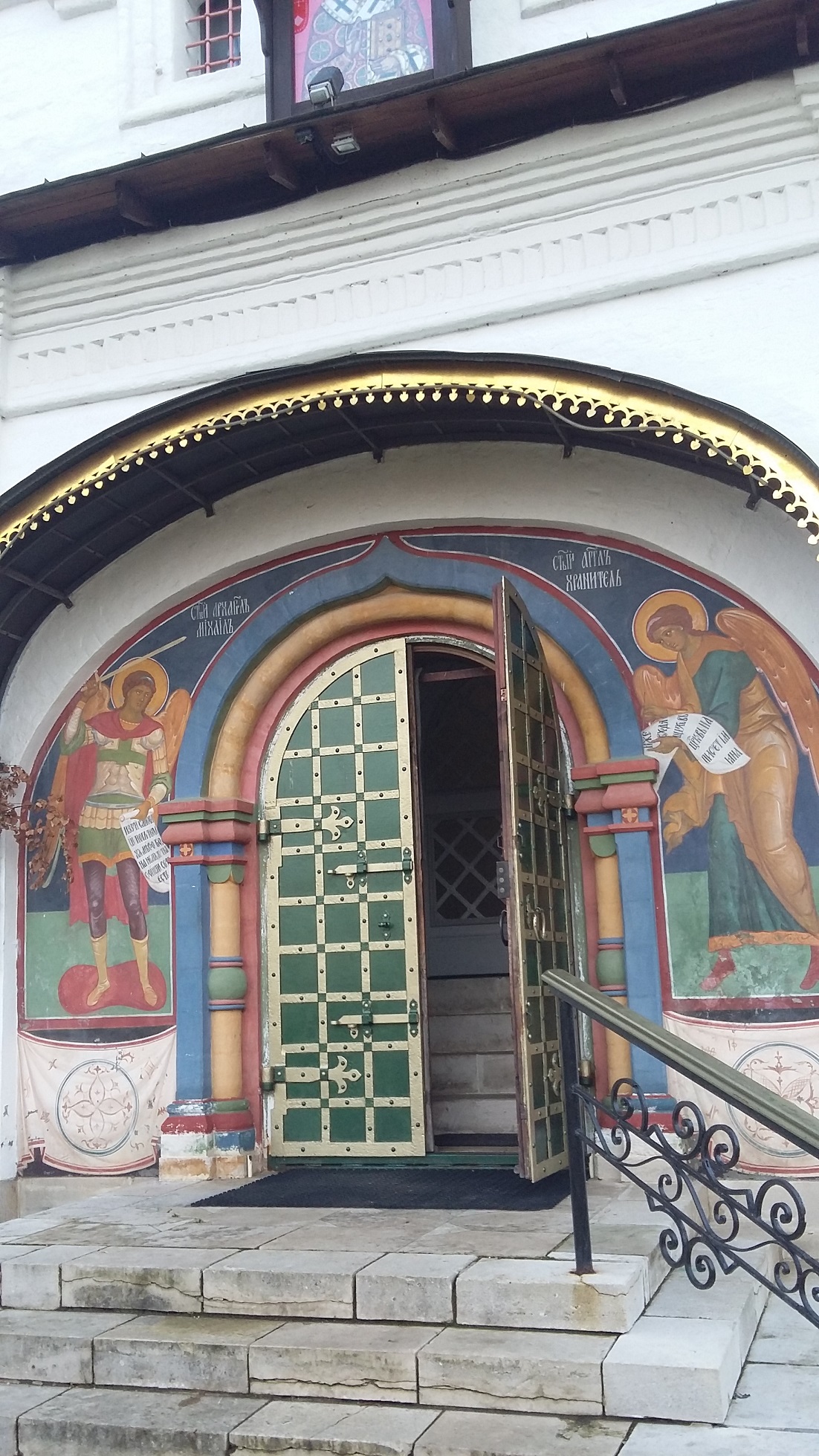 The church has an interesting history. In 1664-1665, Nikita Ivanovich Odoevsky built the stone Church of St. Nicholas the Wonderful, the authorship of which is attributed to master serf Pavel Potekhin. In 1840, MD Bykovsky added St. Nicholas Church with a bell tower; otherwise, it retains its original appearance to this day.3 Seeing Irina’s photos, I discover the beauty of Russian Orthodox architecture and culture. 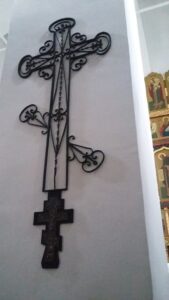 “The church where I go is named after the miraculous, non-mercenary saints Kosmas 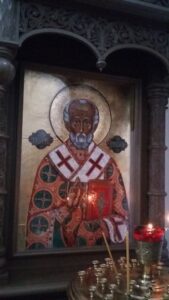 and Damian of Asia in Maroseika Str. said Irina Chetina, who emailed these photos and information from Moscow. “Our church life is also very busy. Many people attend services. In some churches (including mine), there are two liturgies on Sunday. Besides services, churches organize many events for parishioners. In 2006, the priests of our church founded the Orthodox center “Discovery of belief”, which includes a Sunday school for children and awakening classes for adults. They invite people to classical and church music concerts, lectures on Russian literature and history, meetings with interesting people, etc. Now due to covid restrictions they (churches) have to eliminate the number of events or do them online.
Nevertheless, in November they started a new course of lectures on the liturgy. They are very popular, because people want to understand the main service in detail and learn more about its historical development. This course is led by Father Sergius, who baptized me and who I am.

This year Father Sergius organized two pilgrimage trips for the parishioners of our church. We visited two ancient monasteries on the outskirts of Moscow. One is the New Jerusalem Monastery, founded by Russian Patriarch Nicon in the 17th century. Another is the Savvino-Storojevsky Monastery, founded by Saint Savva at the end of the 14th century. This is life in Russia during a pandemic. Churches help their parishioners rediscover their Russian Orthodox faith.

As Biden warns Moscow of ‘devastating sanctions’ over Ukraine crisis, will Putin be the ‘ultimate winner’?