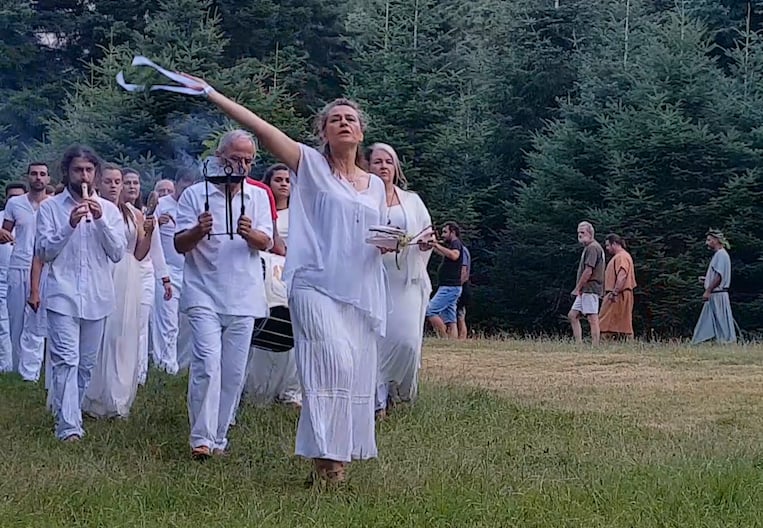 Some Greeks came back to worship the gods of ancient Greece

There are several different organizations and events that work to create modern forms of celebration and ritual around the Greek gods. These groups often believe that Christianity replaced the elders’ devotion to the gods with violent means and that rediscovering their connection to the gods is a form of recuperation.

Groups such as the Supreme Council of Ethnic Hellenes and the LABRYS religious community find ways to “preserve, promote and practice the Hellenic (Greek) polytheistic religious tradition through public rituals, lectures, publications, theatrical events and musical and other forms of action. . “

Many worshipers of the ancient gods are modern-day Greeks who seek to revive the Hellenic spirit of ancient times in elaborate and noisy festivals.

The Prometheia festival is one example. Prometheia is an annual event which, according to its adherents, â€œhighlights the ancient Greek spiritâ€. Inspired and brought to life by Stockholm University Philosophy Professor Dr Tryphon Olympios, it has now become something of a Pan-Hellenic institution, entering its 26th year of celebration.

The festival takes place at the foot of Mount Olympus, the homeland of the twelve gods of ancient Greece. Unlike LABRYS or the Supreme Council of Ethnic Hellenes, Prometheia is more of an event than an institution. It transports the Greeks “to their roots” as Olympios said, in a lively bacchanal which features costumes and music. But the purpose of the celebrations is to express sincere devotion to the ancient gods – something that all of these organizations have in common.

The three-day event is punctuated with ancient poetry, lectures, music, dance, ceremonies and food. There are even training sessions for future lance throwers and sword fighters. The first night sees a parade of hundreds of people in costumes, holding torches, marching through the streets of Litochoro.

The rest of the event takes place in a meadow just above the city with events happening every hour. The food, although simple, was surprisingly tasty: a bulgur stew with pieces of meat, served with a glass of wine.

Yet some aspects of these movements are not so peaceful. For example, an Orthodox church on the island of Crete has been vandalized by so-called “followers of Zeus”. The authors coated the 13 icons of the church with excrement.

“This one is a courtesy of Zeus,” read the message, written in charcoal. Other messages denouncing Christians were also written on the icons.

Similar incidents have taken place in Christian churches across Greece. These â€œfollowersâ€ â€‹â€‹target these areas because the early Greek Christians built their churches on the sites of temples of worship to ancient gods.