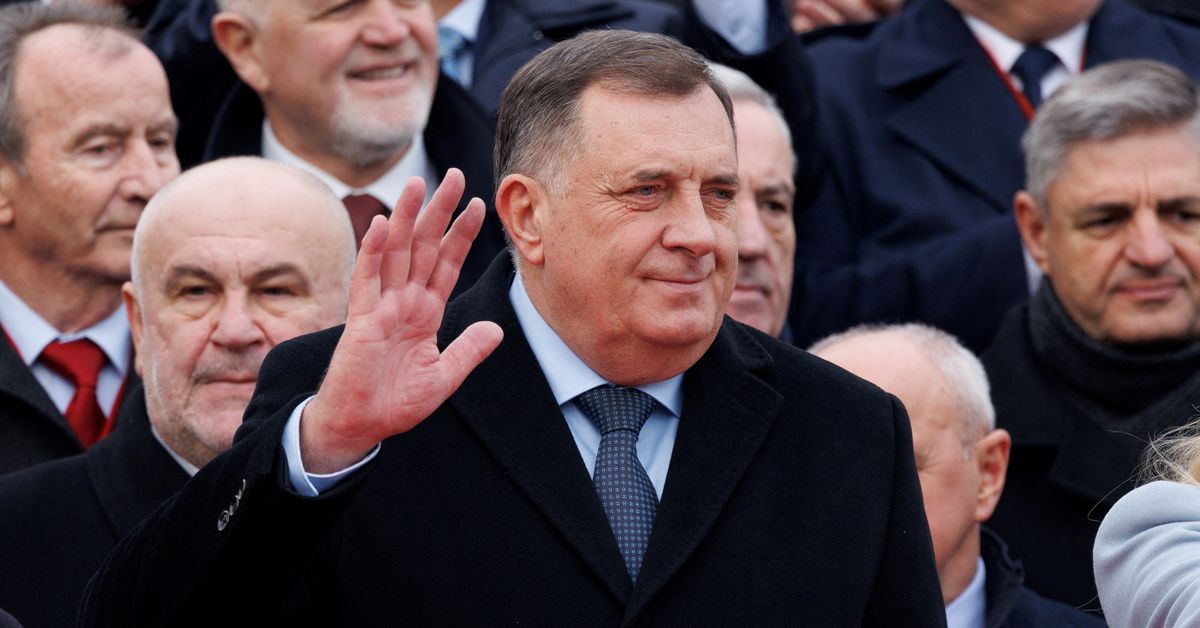 SARAJEVO, May 20 (Reuters) – Bosnian Serb nationalist leader Milorad Dodik told European Council President Charles Michel on Friday that Bosnia must maintain its neutrality and not join EU sanctions against Russia for his invasion of Ukraine.

Michel visited Bosnia as part of his short tour of Western Balkan countries aimed at reaffirming the bloc’s support for their EU integration plans and inviting them to join a new geopolitical community of EU in the light of current political and economic challenges. Read more

While embracing the EU’s renewed commitment to support Bosnia’s path to bloc membership, Dodik, a Serbian member of the country’s three-party inter-ethnic presidency, took the opportunity to outline the Serb position of Bosnia with regard to the war in Ukraine and the sanctions against Russia.

“I think it is of the utmost importance that Bosnia remains neutral,” Dodik said during a joint press conference with Michel and Bosnian President Sefik Dzaferovic. “Under the conditions we exist in, it would be a problem for us to impose any type of sanctions and join the EU or global sanctions.”

Dodik was speaking on behalf of Bosnian Serbs, who have close ties to Russia based on their common Orthodox Christian religion, as does Serbia, which has also refused to impose sanctions on Russia.

“In addition to showing solidarity with the European Union in this regard, I believe that we could have serious economic consequences which would be multiplied compared to countries in the EU which have collective security mechanisms,” Dodik said. .

The Bosnian tripartite presidency did not adopt a common position on the war in Ukraine, but its Bosnian and Croat members strongly condemned the Russian invasion and supported all EU decisions.

Twenty-seven years after the end of a war that claimed an estimated 100,000 lives, the three ethnic nationalist elites keep the Balkan country politically divided and prone to rampant corruption as its citizens leave in droves.

Reporting by Daria Sito-Sucic in Sarajevo; Editing by Matthew Lewis