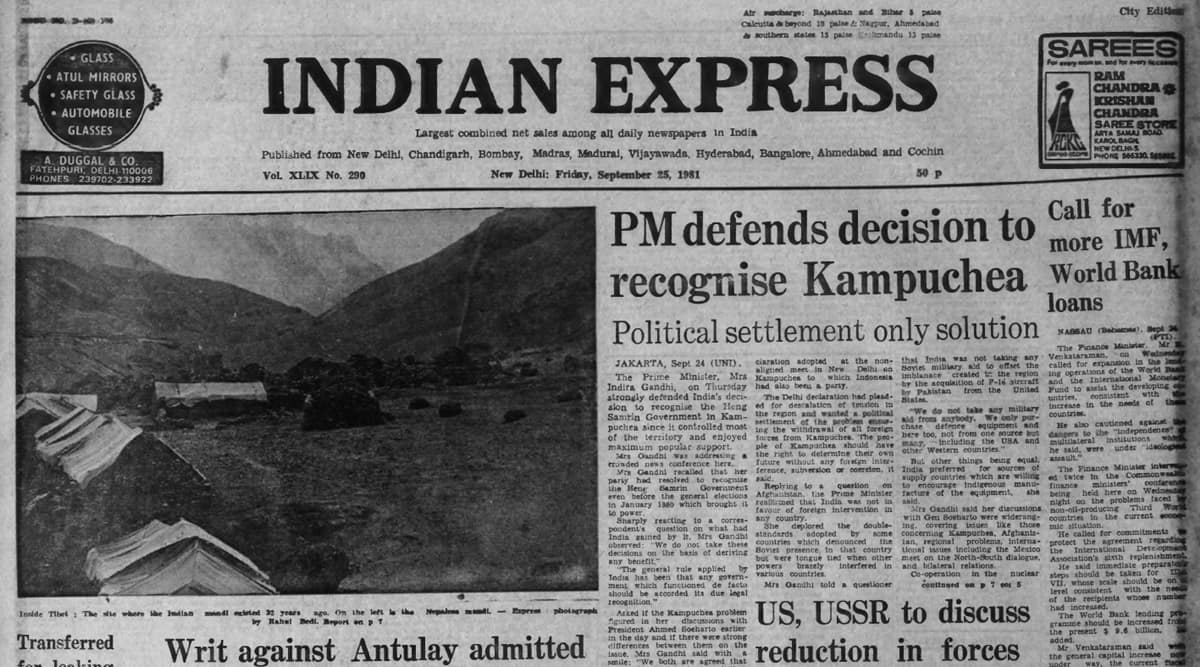 September 25, 1981, forty years ago: the question of Kampuchea

Prime Minister Indira Gandhi strongly defended the decision to recognize the Heng Samrin government in Kampuchea. Speaking to a press conference in Jakarta, she recalled that her party had decided to recognize the Heng Samrin government even before the general elections in January 1980. Reacting strongly to a correspondent’s question on what India is doing. had won, she said, “We don’t make these decisions on the basis of getting some benefit.” “The general rule applied by India was that any government which functioned de facto had to be recognized.” When asked if the Cambodian issue was here in discussions with President Suharto and if there were any differences with him, Ms Gandhi replied with a smile: â€œWe both agreed that the situation should be. resolved. There will inevitably be differences between nations and leaders â€.

Bombay High Court Judge SC Pratap granted the Brief Motion against AR Antulay and the State of Maharashtra by PB Sawant, Mrinal Gore and Kamal Desai challenging the allocation and distribution of the cement. Justice Pratap said the petition succeeded in constituting a prima facie case. The court also ordered that a show cause notice be issued to Umesh Balachandra Tipnis, food and civilian supplies secretary for the government of Maharashtra, who had filed an affidavit against the admission of the petition. He asked why a contempt of court lawsuit shouldn’t be brought against him.

US Secretary of State Alexander Haig and Soviet Union Foreign Minister Andrei Gromyko agreed that the two countries should start negotiations on November 30 in Geneva to reduce medium-range nuclear forces in Europe.