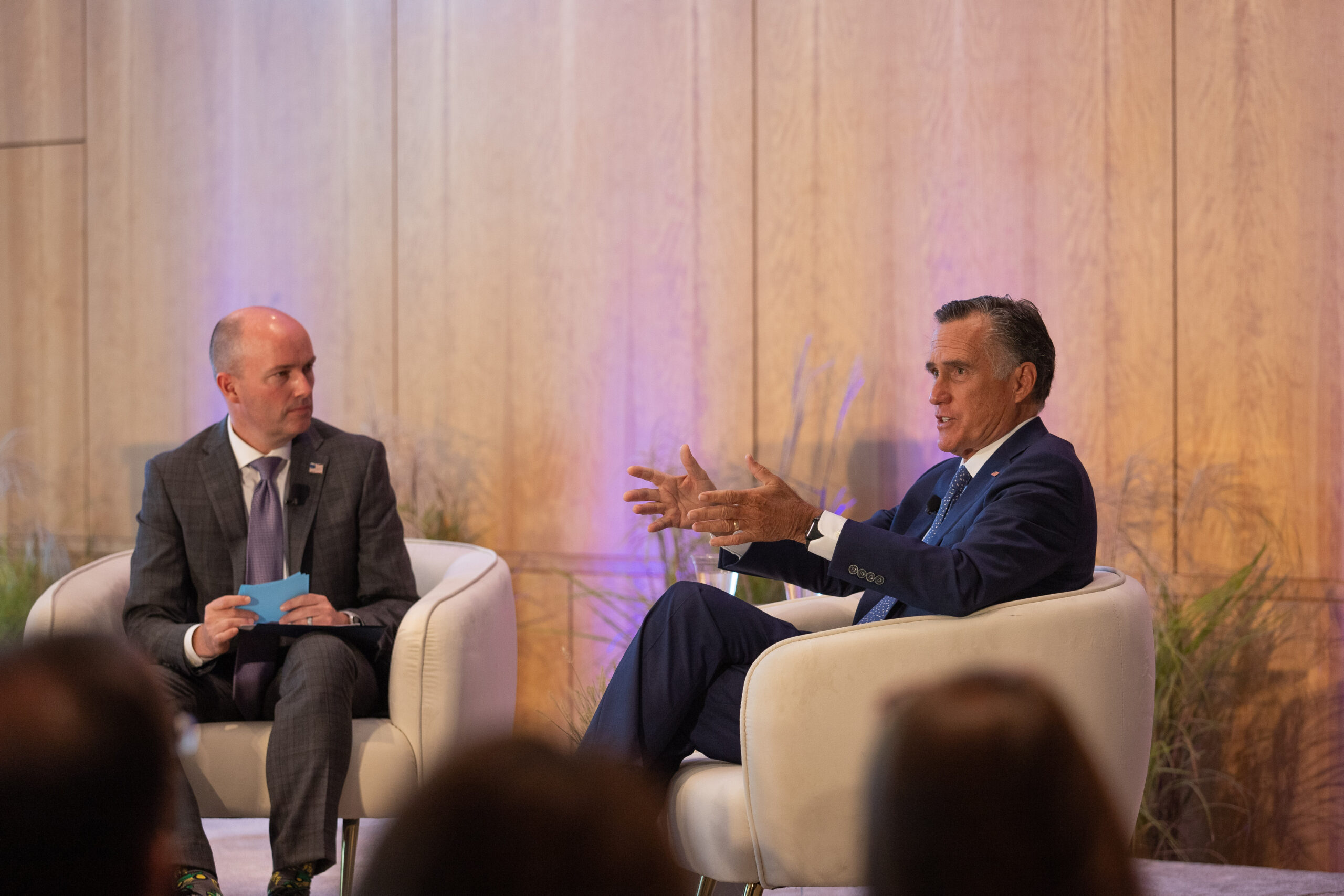 Senator Mitt Romney, R-Utah, gave a message encouraging Americans to “stand up for the Constitution” in his Constitution Day address Friday morning at the Hinckley Center.

Romney began his speech by explaining that the task of the nation’s founders was to create a government “that would thread the needle” between autocracy and “pure and runaway democracy.” He said the founders solved this problem by creating the Constitution, which was “a radical change from history.”

â€œHistory has reaffirmed itself with vengeance,â€ Romney said in his Wheatley Institution-sponsored speech. He provided two reasons for this, claiming that today’s authoritarians are stronger against the United States than the Soviet Union was in the past. America’s resolve against authoritarianism on the one hand and pure democracy on the other is not as strong.

Romney cited China, Russia, Syria, the Afghan Taliban and Venezuela as examples of modern authoritarian regimes, discussing the power they wield. â€œWhat is even more surprising than the appalling brutality of authoritarian regimes is their relative economic and military strength,â€ Romney said,

Romney explained that, through its institutions and through the Constitution, America has avoided authoritarianism and pure democracy until now. Romney has warned that America’s resolve to follow the path of the Constitution is faltering.

Constitutional safeguards are in jeopardy in Washington, Romney said. He gave an example of politicians arguing for the elimination of filibuster, saying it would forever change the key institution that controls the power of the majority and protects the power of the minority.

Romney has offered solutions to protect constitutional freedoms, including taking action against China and its “economic might and its predatory means” by joining forces with those of other nations.

The nation can protect its freedoms by modernizing the military, striving to make its businesses more prosperous and competitive, and investing in new technology, Romney said.

Utah Governor Spencer Cox moderated a discussion with Romney immediately after his speech. Members of the public have put questions to him for him to answer.

Romney closed the discussion by saying that Americans are a good people. â€œThe hearts of the American people are good and healthy. “

Senior Loans: What They Are and a Good ETF to Get Exposure