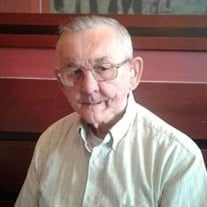 Joe served honorably and proudly in the United States Army during the Korean War. Joe retired from New Penn Trucking after working there for over 31 years. He was a member of the St. John XXIII RCC of Tamaqua, Joe was a sports enthusiast after the Eagles and Penn State football, the Mets baseball team. Joe loved his daughters and grandchildren and enjoyed commuting around town.

A Christian Burial Mass will be celebrated on Saturday, December 4, 2021 at 10 a.m. at the St John XXIII RCC located at 301 Pine Broad Street Tamaqua, Pennsylvania 18252.

Interment will be at Sky-View Memorial Park, Tamaqua, Pennsylvania. 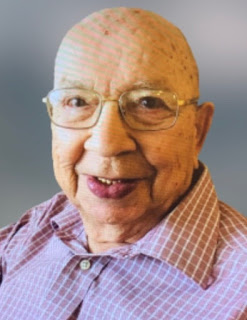 George tiazkoun, 97, from Lykens, died on Thursday, November 25, 2021 at the Tremont Health and Rehabilitation Center.

Born in Lykens on September 21, 1924, son of the late Theodore “Frank” and Mary Boburka Tiazkun. George was a graduate of the old Lykens High School. He was a World War II veteran of the United States Army.

George was the retired manager of former Alfa Laval, Lykens. After his retirement he started his own business, DraCool of Lykens.

He was a long-time active member of the ancient Orthodox Church of the Holy Ascension, Lykens. He was also a member of the Gratz VFW, the Williamstown American Legion and had served on the board of directors of the Lykens Water and Sewer Authority.

George will be remembered for his strong work ethic, his love for his hometown of Lykens, where he loved to volunteer and give back to the community. His family was the center of his world, he was extremely proud of his grandchildren.

Services will be held on Saturday, December 11, 2021 at 11:00 a.m. in the Chapel of Dimon, Inc Funeral Home, Tower City. Interment with military honors will take place at the Sacred Heart Cemetery in Williamstown. Visits will take place from 10:30 am to 11:00 am at the chapel.

In lieu of flowers, donations must be made to the Friends of Lykens, payable to the Lykens Chamber, PO Box 202, Lykens, PA 17048 or the Williamstown American Legion, 123 W. Market Street, Williamstown, PA 17098.

To send your condolences to the family, visit www.dimonfuneralhome.com. 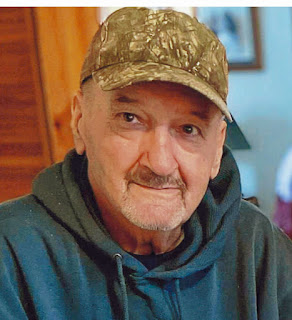 George was born in Glen Dower on November 2, 1943, the son of the late Anna (Polk) and Andrew Hertz. He was the husband of Janice (Eckelmann) Hertz. He was a graduate of Cass Township High School. A member of Saint Ambrose Church, Schuylkill Haven. George served in the United States Army during the Vietnam War. He was a machine operator at EXXON Chemical and Tredegar Film Products. He was a member of the American Legion Post # 38 and was previously an excellent dart shooter. George was a sports enthusiast who enjoyed all aspects of the great outdoors. He was a loving husband, father and grandfather.

A religious funeral service will be held Monday at 10:00 a.m. at Mahal-Ritzel Funeral Home, Minersville, with a call time from 9:00 a.m. until the time of service. Burial with military honors Indiantown Gap National Cemetery.

In lieu of flowers, the family is asking for donations from the Ruth Steinert Memorial SPCA 18 Wertz Dr, Pine Grove, PA 17963. Mahal-Ritzel Funeral Home Inc., Minersville has been responsible for the arrangements.

The two peace missions of Europe by Kemal Derviş