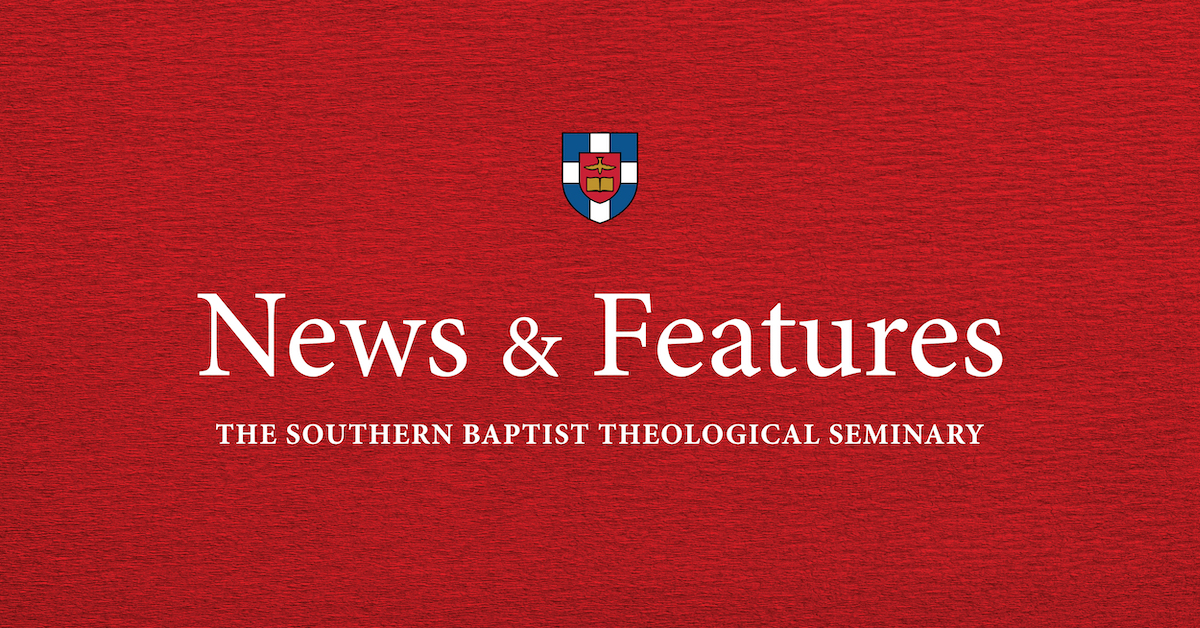 SBTS pays tribute to Schreiner and York, teachers of joy, for 25 years of loyalty | News

Twenty-five years ago, Southern Seminary was, to say the least, a radically different place than it is in 2022.

Albert Mohler had only been president for four years and although theological reform was underway, it was far from complete. Moderate professors were leaving, and turmoil filled the air on campus and the newspapers there. An atmosphere of uncertainty and change has forced Mohler to wrestle with a giant question: will a faithful evangelical scholar be willing to leave his present, presumably peaceful place of service and enter the fight “blank.” for the theological soul of the Southern Seminary?

To join the faculty of Southern Seminary when the ground shook so violently beneath the institution was to take an epic risk.

“I understood that we had to have a whole new faculty; it was do or die,” said Mohler, whom trustees elected as the ninth president of the South in 1993, and tasked him with

leading the school out of Egypt of liberalism into the Canaan of its orthodox denominational heritage.

“The big question was who was going to come and teach here. I knew what I believed the Lord would do here, but it took other people who would leave other good places to come and take a risk.

Tom Schreiner and Hershael York were willing to take the risk; they were ready to help the seminary rediscover the theological and ministerial vision of its founding faculty.

Schreiner is one of the foremost scholars of the New Testament in the evangelical world. Schreiner left the faculty of Bethel Theological Seminary, where he had served for a number of years, to join the burgeoning reform at Southern.

York is a longtime faithful pastor and renowned homiletician. He wrote several books on preaching, teaching and homiletics.

Last week, the two celebrated 25 years of dedicated service to Southern Seminary at a faculty luncheon honoring faculty with five, 10, 15, 20 and 25 years of service. With the dust of that early theological controversy long since settled, Schreiner and York continue to grow stronger as leaders of Southern’s faculty. Schreiner is James Buchanan Harrison Professor of New Testament Interpretation and York is Dean of the School of Theology and Victor and Louise Lester Professor of Christian Preaching.

“In our lifetimes, 25 years is a remarkable investment of an adult life,” Mohler said. “You look back and recognize that the biblical view of life as a steamer really makes sense. Twenty-five years is the kind of commitment that builds an institution like this.

Type the words “Thomas R. Schreiner” and “books” into Amazon’s search engine and page after page of books on the Bible and theology flow like a stream.

During his years at Southern, Schreiner wrote many commentaries on the New Testament, Old and New Testament Biblical Theology, New Testament Theology, and Pauline Theology. He has written or edited books on the Reform doctrine of justification by faith, biblical covenants, law and gospel, warning passages in Hebrews, spiritual gifts, doctrines of grace and much more. others. Schreiner was also the editor of the New Testament of the ESV Study Bible and is co-chair of the Christian Standard Bible Translation Oversight Committee.

Schreiner’s prolific output in education and publishing was matched by his service in the local church; for many years he was a preaching pastor at Clifton Baptist Church, where he remains an elder and Sunday school teacher. He has also written hundreds of popular and scholarly articles and has sons who are active in evangelistic scholarship, missions and local church ministries. Students flocked to his classes and outside events that showcased his teaching and preaching.

Mohler aptly described Schreiner as “a master teacher and an open mind at work”. By all accounts he is a beloved figure both inside and outside the seminary with hundreds of his alumni filling pulpits, classrooms and mission fields around the world.

Inviting Schreiner as one of the first major faculty hires in the mid-’90s was a no-brainer at the time, Mohler said, and the fruit that move continues to bear is profound.

“It was so clear that the Lord had sent Tom to this faculty. And the contagion of his teaching, of the joy of his heart, the pastoral dimension of everything he does, I can say that 25 years later, one of the greatest moments in the history of Southern Seminary has been when Tom Schreiner accepted the invitation to come and teach on the faculty of Southern Seminary. I don’t know where Southern Seminary would be in this generation without him.

Mohler first met York in the early 1990s when the former was finishing his job as editor of the Christian Index in Georgia, shortly after trustees elected him president of Southern Seminary. At the time, York was senior pastor of Ashland Avenue Baptist Church, a major SBC church in Lexington, Kentucky.

York phoned Southern’s president-elect; the conversation delivered both friendly news and bad news: York was around the corner from Mohler. Other Kentucky Baptist ministers? Not really. At that time, conservative evangelicals were not as numerous or as warmly welcomed into Kentucky SBC pulpits as they are today.

“I can’t overstate how awkward this time in life was,” Mohler said. “It was then that I discovered that being the elected Conservative president of an institution under these circumstances meant that I was a threat; it was like a great white shark swimming behind glass.

“Everyone was talking about what would happen when I became president. And the faith-based media in the hands of the most liberal wing went there tooth and nail. I had very few friendly phone calls.

So York’s invitation to the new president to preach at Ashland Avenue in Mohler’s early days at Southern raised eyebrows in the area.

“He invited me to preach at Ashland Avenue and that was a weird thing in SBC history. . . . The idea that a president of Southern Seminary would speak at the Ashland Avenue Baptist Church (at the time) was apocalyptic, but Hershael got me there.

In 1997, it became clear to Mohler and other SBTS leaders that York was the right pastor to join the faculty to help the seminary return to its roots in a priority area of ​​ministry: explanatory preaching.

Currently, York is in its 19and year as Senior Pastor of Buck Run Baptist Church in Frankfort, Kentucky. He led the 200-year-old church through a period of growth that required a move to a 100-acre campus and new facilities. The son of a missionary in Brazil, York has spent much time preaching and teaching internationally.

York became known nationally as an exponent of the Word of God, being featured in preach today among the best exhibiting preachers in North America. Twice he preached at the International Congress on Preaching in Cambridge, England.

Over the years, York has written dozens of articles for numerous publications and blogs on preaching and pastoral leadership. He has authored or co-authored several books, including preach with Bold insurance: a solid and sustainable approach for an engaging exhibition and Talk with Bold Assertiveness: How to Become a Persuasive Communicator in the same series.

A native of Julien, Kentucky, York was also a key figure in the conservative evangelical recovery of the Kentucky Baptist Convention. He was elected chairman of KBC in 2004 and helped the state denomination regain a strong Orthodox footing. York also helped restore a friendly relationship between the KBC and the seminary.

“One thing you’ll notice about Hershael is that he’s always surrounded by people, and he was born to mentor, born to influence, and born to lead,” Mohler said.

Mohler also honored the wives of the two professors, Diane Schreiner and Tonya York, who both played major roles in mentoring and ministering to seminary women and wives in their respective churches as well as in the seminary.

Above all, Schreiner and York bring joy to the classroom, joy to ministry, and a clear love for students and teaching, Mohler said.

“After many years in this kind of role, and especially in this parent institution, the people I want to spend time with are the ones who show joy,” Mohler said. “I also believe it is deeply biblical, and I can assure you that students want to study with teachers who exude joy.

“And that joy goes with conviction – the assurance of things unseen, the affirmation of clear doctrines. It’s not a joy killer, it’s a joy giver. And Dr. Schreiner and Dr. York represent that.”