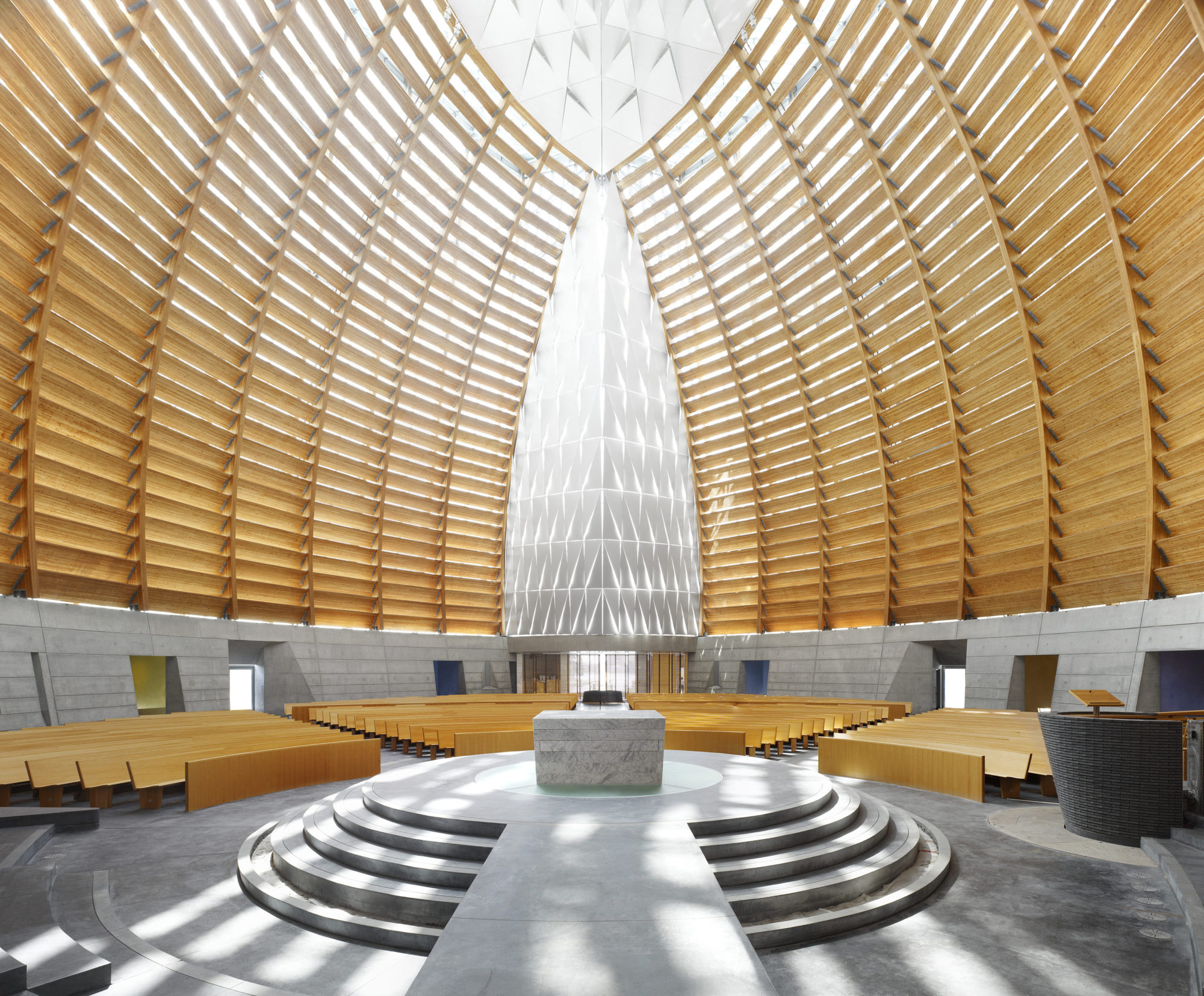 Architecture has long been designed to symbolize and venerate shared values ​​and beliefs. This is especially true in cathedrals and places of worship, structures that exist across environmental, economic and cultural boundaries. These buildings encompass ritual and gathering as they explore the relationship between human experience and the divine. Today, cathedrals are being reinvented for contemporary living and new building traditions.

As monuments of congregation and light, cathedrals are churches that contain the cathedra (Latin for “seat”) of a bishop and serve as the central church of a diocese, conference, or a bishopric. They also typically cover different Christian denominations, from Anglicans and Eastern Orthodox to Catholics. It is important to note that cathedrals did not become universal within entities like the Western Catholic Church until the 12th century. It was at this time that they developed institutional structures and distinct architectural forms of parish churches, monastic churches and episcopal residences. As the following designs show, newer cathedrals build on tradition by rethinking the past and reinterpreting spaces for gathering and worship.

A new entrance to Fratry’s renovated lobby and basement was created, accessed through a newly constructed red sandstone entrance pavilion and a connecting structure linking the old and the new. The project, completed after a long gestation (the cathedral has been working on it for 15 years, and the architects for 6 years), gives a vocation to the Fratry and welcomes the public for the first time, enriching the benefits of the cathedral to the wider community. .

The Crown Princess of Norway, Mette-Marit, inaugurated the Cathedral of the Northern Lights located in the Norwegian city of Alta, about 500 km north of the Arctic Circle. Even before the inauguration, the 47 meter high cathedral, designed by architects schmidt hammer lassen in collaboration with Link Arkitektur, was seen as a symbol and an architectural landmark for the entire region.

The Cathedral of Christ the Light resonates as a place of worship and instills a sense of solace, spiritual renewal and respite from the secular world – a sanctuary in the broadest sense. Located in downtown Oakland and consisting of a 1,350-seat sanctuary with side chapels, a baptistery, and outbuildings, the cathedral honors its religious and civic obligations to the Catholic diocese and the city.

In 2009, on the initiative of Mgr Santier, the diocesan association of Créteil, supported by the Chantiers du Cardinal, opted for an ambitious project to enlarge the Notre-Dame de Créteil cathedral. Designed by Charles-Gustave Stoskopf, winner of the Prix de Rome, this architecture is typical of the 1970s when “the theology of integration” prevailed at the time. It is part of the contemporary heritage of the City of Créteil.

Completed in late 2015, Kericho Cathedral is located in Kenya, about 250 km southwest of Nairobi. It is in the Highlands, west of the Great Rift Valley, offering magnificent views of the tea plantations and surrounding hills. The diocese was established in 1995 with a growing congregation and is led by the Most Reverend Bishop Emmanuel Okombo. The design of the cathedral creates a unique and sacred place for a congregation of 1,500 seated celebrants participating in the Roman Catholic Mass liturgy under a giant unifying roof.

Purcell completed repairs to the Roman Catholic Cathedral Church of SS. Peter and Paul in Clifton, Bristol, sealing Britain’s last great church for the first time. Purcell worked closely with the client, Clifton Diocese, to enhance the interior environment while respecting the architecture of the Brutalist structure, with detailed design proposals that harmonize with the richness of the iconic building.