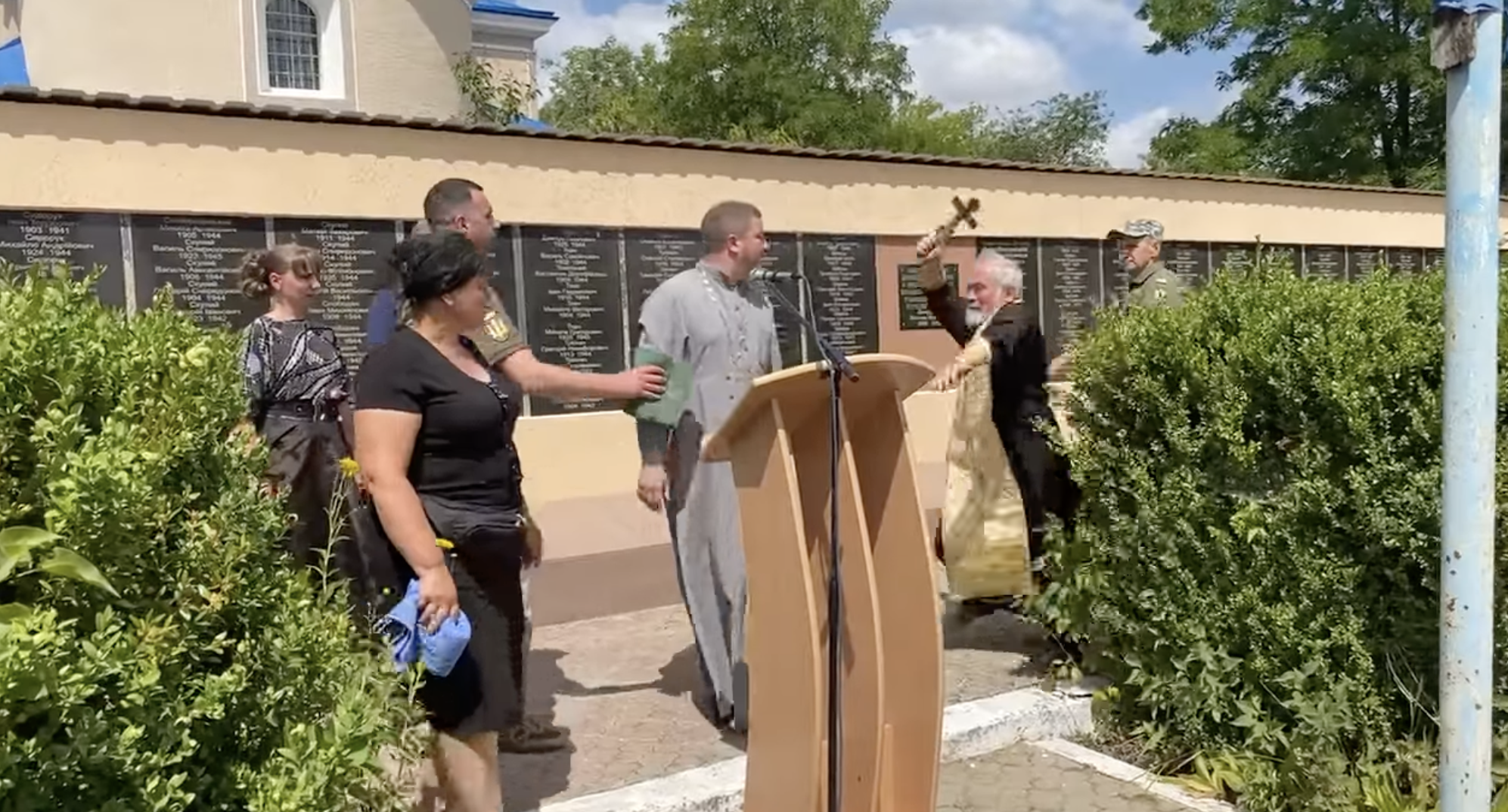 A Russian priest interrupted the funeral of a dead Ukrainian soldier last week, hitting another Ukrainian Orthodox Church priest with a cross over his comments about Russian President Vladimir Putin.

Dudko reportedly said Putin started the war in Ukraine partly to protect believers in the Russian Orthodox Church, prompting Vasylyuk to approach him.

Footage shows the Russian priest trying to rip the cross from Dudko’s neck before hitting him with the cross in his hand. The fight was interrupted by soldiers, who drove Vasylyuk away. The funeral service then continued.

Local media reported that Zinivy died near Mykolaiv in the city of Vinnytsia.

Timkov, who detailed the altercation on Facebook, said Dudko suffered minor injuries as a result.

“In my opinion, [the incident] exceeds all possible and impossible limits of arrogance,” the activist wrote. “Based on the above, I further call on law enforcement authorities to ensure order during all gathering where there is a conflict.”

Ukrainian outlet Vinbazar.com reported that police in Vinnytsia had been informed of the incident and authorities had opened a criminal investigation into it.

In June, Mykhailo Podolyak, senior adviser to Ukrainian President Volodymyr Zelensky, told the BBC that his country’s military casualties were between 100 and 200 a day. A week earlier, Zelensky said daily deaths were approaching 60 to 100.

On Wednesday, White House officials estimated that more than 75,000 Russian troops had been killed or injured in the ongoing war in Ukraine, about half of the troops originally sent to invade the country in February. Prior to the invasion, Russia reportedly mustered 150,000 troops along its border with Ukraine.

The Kremlin, on the other hand, remained silent on the number of victims. Families of Russian soldiers have protested the lack of communication from government services, which they say have provided mixed information about whether their loved ones are still alive on the battlefields in Ukraine.

This week, the Russian-language Telegram channel Mozhem Obyasnit reported that postal requests asking Russians to sign up as war volunteers were being ignored and that “it appears that plans for mobilizing for war are being thwarted.”

While Putin has refrained from announcing a mass mobilization, the latest report follows a series that alleged Moscow was pushing to draft more people into its army.

The story of a Russian princess who became European Empress