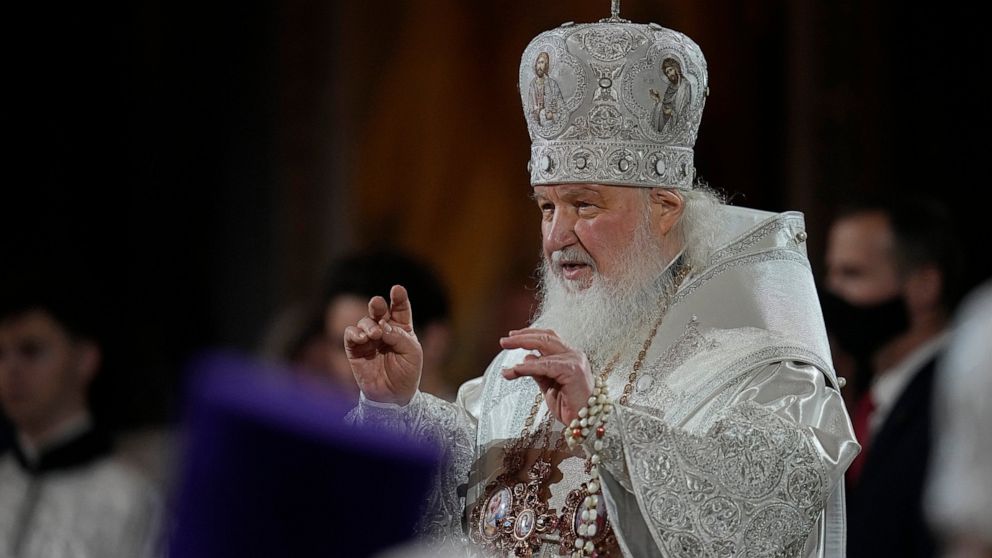 BRUSSELS — Thanks to Hungary’s insistence, the head of the Russian Orthodox Church has been removed from the latest round of European Union sanctions to punish Russia’s invasion of Ukraine, four diplomats from the country have said. EU to the Associated Press.

The sixth sanctions package, which includes an embargo on most Russian oil imports into the 27-nation bloc by the end of the year, was approved by ambassadors on Thursday following a political agreement reached earlier this week by EU leaders.

The diplomats spoke on condition of anonymity as the identities of the newly sanctioned individuals have not yet been released. The sanctions will be adopted on Friday by the Council of the EU.

Patriarch Kirill of the Russian Orthodox Church was initially included in those the bloc wanted to sanction, but the proposal had to be unanimously approved. It was removed at the insistence of Hungary, which is seen as Moscow’s closest ally within the bloc.

Hungarian Prime Minister Viktor Orban threatened to derail the sanctions package at the leaders’ summit if he did not get guarantees that his country would not be immediately affected by the oil embargo. Hungary is more heavily dependent on Russian energy than most EU countries.

The Hungarian government has said that sanctioning Kirill would have been inappropriate for reasons of respect for religious freedom.

Kirill, the head of one of the largest and most influential churches in Eastern Orthodoxy, justified the invasion of Russia on spiritual grounds, describing it as a “metaphysical” battle against the West and its “gay parades”.

Had he been sanctioned, Kirill would have faced travel bans and an asset freeze.

Kirill echoed Putin’s baseless claims that Ukraine was engaged in the “extermination” of Russian loyalists in Donbas, the eastern region of Ukraine where Russian-backed separatists have been fighting Ukrainian forces since 2014.

According to the French Presidency of the Council, those who will be sanctioned on Friday include members of the Russian security and military apparatus, in particular those linked to the massacres in the Kyiv suburb of Bucha.

Also sanctioned are industrial and technological entities “linked to Russian aggression” and “oligarchs and actors of Russian propaganda and their family members”.

Russia’s largest bank, Sberbank, will now be barred from SWIFT, the world’s main financial transfer system from which the EU previously banned several smaller Russian banks. Among other sanctions, three Russian media accused of propaganda will be prevented from broadcasting their content in the EU.