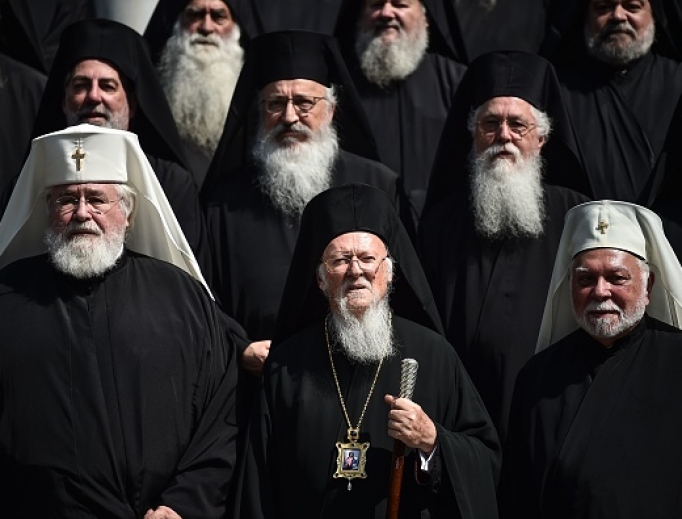 KIEV, Ukraine – The Russian Orthodox Patriarchate of Moscow has severed relations with the Ecumenical Patriarch of Constantinople, Bartholomew I, saying its recognition of an independent Orthodox Church in Ukraine deviated from Orthodox Christian standards.

â€œThe Church which recognized the schismatics has excluded itself from the canonical field of Orthodoxy. “

â€œWe hope that common sense will prevail and that the Patriarchate of Constantinople will change its relationship with the reality of the existing Church,â€ said Metropolitan Hilarion.

Patriarch Bartholomew’s plan to create a single, autonomous Church in Ukraine, led by its own Patriarch, is motivated by the desire to unify the country’s 30 million Orthodox Christians, some observers say. The Russian Church regards this decision as a violation of its jurisdiction and authority.

There are approximately 300 million Orthodox Christians in the world. The Orthodox Church separated from the Latin Church in 1054.

The announcement also removed the Russian Patriarch’s traditional right to order the Metropolitan of Kiev, a move that observers said would be seen as a deliberate affront to Moscow. The law dated from a canonical letter first published in 1686.

Archbishop Yevstratiy, chief spokesperson for the Ukrainian Orthodox Church of the Patriarchate of Kiev and whose rehabilitation by Constantinople has contributed to the current break with Moscow, called the Russian synod’s decision a move towards “self- isolation”.

In a Facebook post, he said: â€œSooner or later this will be settled and the Russian Orthodox Church will return to Communion.

According to the US government-funded Radio Free Europe / Radio Liberty press service, Archbishop Yevstratiy asserted that Orthodox Christians must choose to follow Russian Orthodox “in schism” or “to remain in unity with the Ecumenical Patriarch ( Bartholomew I of Constantinople) through the local Ukrainian Church.

Among the supporters of the Constantinople decision is Ukrainian President Petro Poroshenko, candidate for re-election in March 2019. He had previously asked the Patriarch of Constantinople to grant independence to the Orthodox Church in Ukraine, reported the Associated Press.

While the recent push for an independent, autocephalous Orthodox Church in Ukraine emerged as a serious movement in the 1990s following the collapse of the Soviet Union, it gained momentum following the collapse of the Soviet Union. Russian annexation of the Crimean peninsula in 2014 and Russian support for separatist rebels. in eastern Ukraine in response to the impeachment of former pro-Russian Ukrainian president Viktor Yanukovych.

The Russian Orthodox Church, which claims traditional and canonical authority over the Orthodox community in Ukraine, has denied taking political sides in the conflict and said it has worked for peace in eastern Ukraine.

The Russian Church has also expressed concern that the actions of the Patriarchate of Constantinople could deepen religious divisions in Ukraine and prompt the separatist branches to take over church buildings, Reuters reports.

Kiev, now the capital of Ukraine, is the site of the baptism in 988 of Vladimir the Great, the great prince of Kiev, which resulted in the Christianization of Kyivan Rus’, a state including Ukraine, Russia and Belarus claim inheritance.

The Ukrainian Orthodox Church of the Kyiv Patriarchate effectively declared itself independent from Moscow in 1992 and is viewed by Russian Orthodox as a schismatic group. So far, the other Orthodox Churches have recognized Ukraine as under Moscow’s jurisdiction and have honored the excommunication.

The Ukrainian Autocephalous Orthodox Church, re-founded in 1990, is also considered a splinter group.

The Ukrainian Orthodox Church of the Moscow Patriarchate is under the authority of the Russian Church and has been the officially recognized Orthodox Church in the country.