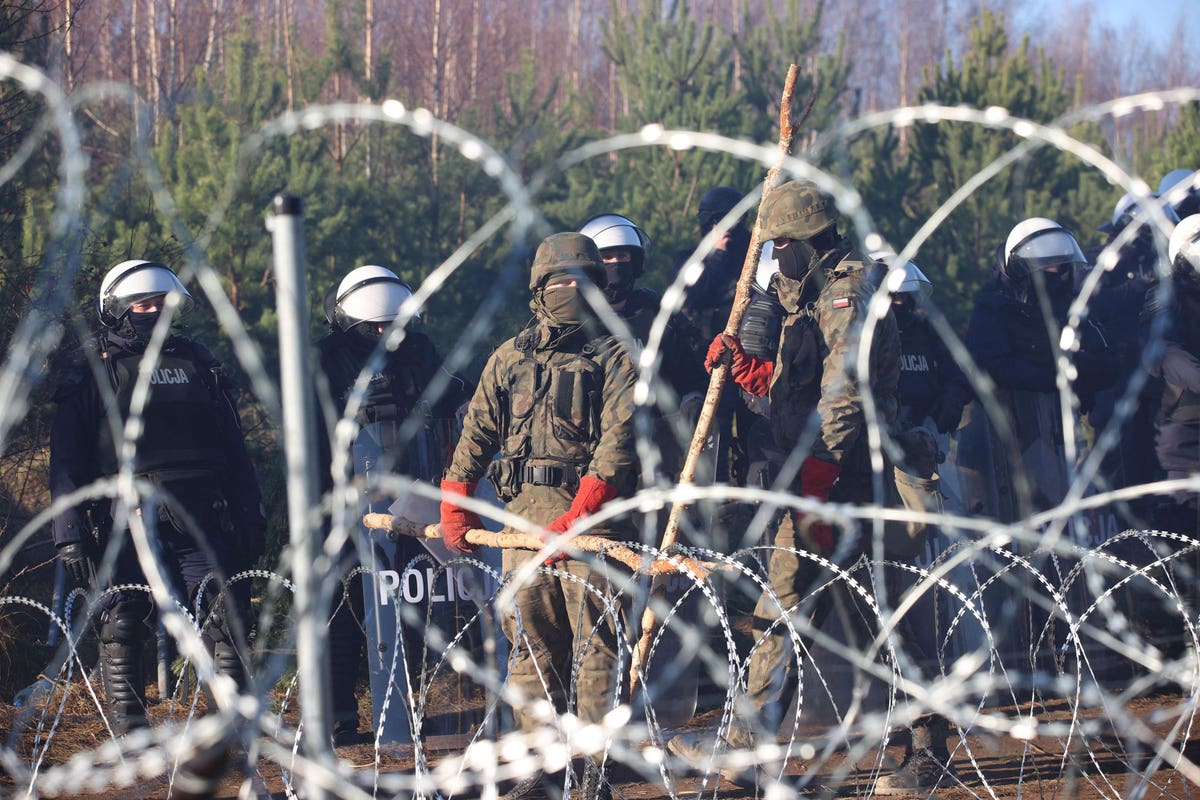 The United States recently reaffirmed its intention to support Ukrainian energy security amid the almost certain completion of Nord Stream 2 (NS2) – Russia’s controversial pipeline, which will pump 55 billion cubic meters (bcm) of natural gas in Germany while increasing Europe’s dependence on Gazprom and bypassing Ukraine entirely. The $ 11 billion project was completed in September and is now awaiting final approval from German regulators.

Growing concerns over skyrocketing energy prices, Russian troops mobilization along the Ukrainian border, and the artificial migrant crisis in Belarus – which now includes President Lukashenko’s threats to cut off gas supplies towards Europe – illustrates the need for American leadership in energy security vis-Ã -vis the EU.

After publicly standing against completion of NS2 in March, Secretary of State Anthony Blinken was forced to change his stance from opposition to mitigation. Its boss, President Joe Biden, has canceled the severe pipeline sanctions decreed by President Donald Trump on the principle of repairing relations with Germany and outgoing Chancellor Angela Merkel, the loudest European champion in the pipeline. Blinken now promises that the United States would work with its allies to reduce the economic and security risks posed by NS2, but the details of that promise remain opaque.

While the United States essentially conceded the launch of NS2 in a deal with germany – a great victory for Vladimir Putin – Republican lawmakers have renewed their pressure to sanction the pipeline. However, there is little hope that this policy will have an impact on reality as the pipeline is already filling with gas. Ukraine’s opposition to the US-German deal was also severe, with the country facing $ 3 billion in lost transit income (3% of GDP), every dollar of which is essential to the Ukrainian economy. Some hang up their hopes the EU refusing to authorize NS2 under penalty of being entangled in a dispute.

US support for Ukrainian sovereignty comes as Russia has sent military personnel and equipment en masse along its western border. In April, it deployed its largest mobilization of force near Ukraine in recent memory, dispersing over 100,000 soldiers conduct military exercises. Originally claiming it was in response to “threatening activities”, the troops were supposed to be withdrawn 21 days after their initial deployment. They were not.

Six months later, Russia sounded the alarm again by engaging in suspicious military activity along its western border. Last week, the Ukrainian Defense Ministry reported that around 90,000 troops are stationed near rebel-controlled areas in Donbass. The redeployment of troops is likely in response to the Ukrainians’ use of Turkish-built Bayraktar drones to combat Russian-backed separatists in the Donbass.

Mistrusting an aggressive Ukraine, the mobilization of Russian force serves to intimidate Ukrainian officials into recoiling from an overt use of force. So far, the troop movements have seriously worried US officials, who have not ruled out a Russian invasion of eastern Ukraine. Washington has warned Moscow of the potential consequences of increased threats to the security of Ukraine.

Historically, large-scale troop movements have sometimes served as precursors to invasion. Nazi Germany amassed millions of soldiers in the spring-summer of 1941 before launching Operation Barbarossa against Stalin’s Soviet Union. Likewise, in 1950, the North Korean Communist dictator Kim il-Sung convened 75,000 soldiers along the 38e parallel before flowing into South Korea. In 1973, the Egyptian and Syrian military forces consolidated their field armies along the ceasefire line with Israel for many months, conducting military exercises before launching an incursion into Sinai on Yom Kippur, the holiest day in the Jewish calendar.

It is not known whether Russia will pursue such open military action after mobilizing its forces. However, the chances of invasion have increased dramatically due to the declining regional deterrent power of the United States. The acceptance of NS2 by the United States is a testament to a besieged regional influence, allowing Europe to become dependent on Russian gas exports. And many interpreted the United States withdrawal from Kabul as a geostrategic fiasco.

Energy as an object of security is becoming common – and dangerous. Russian officials have decided to arm the flow of natural gas, weaken the Ukrainian economy and undermine relations with the European Union. Authorized to act aggressively to defend its interests, Russian officials have also used protracted border disputes to justify increased security.

The Kremlin’s fingerprints are also present on another growing European security crisis – the flow of migrants from Belarus. In its ongoing ploy to find and pressure fractures in the European Union’s weak security policy, Russia is helping President Alexander Lukashenko urge Europe through migrants. Taking a page from Turkish President Recep Tayyip Erdogan’s playbook, which $ 3 billion secured from the EU in exchange for stopping its influx of Syrian migrants to the continent, Lukashenko hopes to withdraw painful EU economic sanctions placed on him after he stole the 2020 national elections. As tensions mount, Russia has responded by sending parachute divisions to conduct exercises with the Belarusian army along the Polish border. It’s also another potential threat to Ukraine, which borders Belarus.

State Secretary Blinken said on Wednesday that the commitment to Ukrainian territorial integrity is ‘battleship,’ while other senior US officials have warned Russia against using energy exports as a political weapon. It is not known whether Russia will heed these warnings, as it holds advantages both in terms of deployable military forces and materiel and energy exports to Europe. To deter Russian aggression and thwart regional destabilization, American and European allies must pursue closer cooperation in the diplomatic, military and energy fields. Hopefully it is not too late.