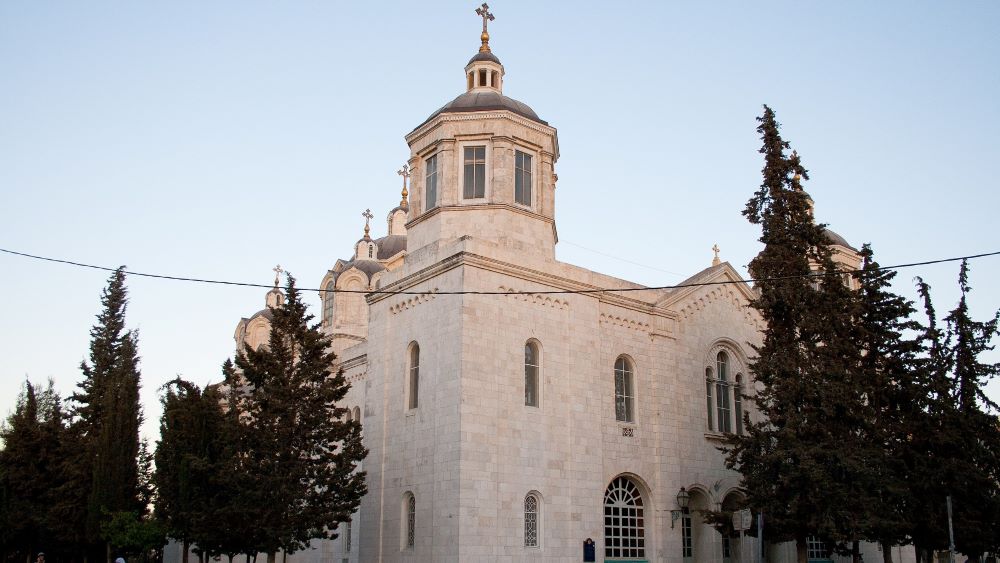 On April 17, 2022, Russian President Vladimir Putin, in a letter to Prime Minister Naftali Bennett, demanded that title to the Alexander Nevsky Church, located in the Old City of Jerusalem, be immediately transferred to Russia.

Putin’s ultimatum puts the Jewish state in a difficult situation: it risks triggering a diplomatic confrontation with Russia if it refuses, but if it does not refuse, it risks a wave of criticism from the whole of the International community.

The new dispute over the Alexander Nevsky Church comes as Russia expresses anger over Israel’s stance on its invasion of Ukraine. On April 17, Ambassador Alexander Ben Zvi was summoned to the Foreign Ministry in Moscow to clarify statements by Foreign Minister Yair Lapid.

“It was a poorly camouflaged attempt to take advantage of the situation in Ukraine to divert the attention of the international community from one of the oldest unresolved conflicts – the Palestinian-Israeli one,” the Russian ministry said.

The holy place hit the headlines in 2019, after Naama Issachar was imprisoned in Moscow for possession of cannabis on Russian territory. In order to free the young Israeli, Netanyahu promised Putin the Alexander Nevsky Church.

Russia has owned it de facto since 1890. Under the Ottoman Empire, it was recognized as belonging to the “glorious Russian kingdom”. In 2017, Moscow demanded that Israel recognize the site’s Ottoman designation. In 2020, Netanyahu ruled that the dispute fell under the category of “holy places” and therefore could not be resolved in court.

But, under the new Bennett administration, a Supreme Court decision suspended final recognition. A committee was set up in 2021 to determine ownership, which has yet to meet.

Russian impatience resurfaced and Putin’s letter was revealed by Sergei Stepashin, former Russian prime minister and head of the association in charge of Russian assets in the Middle East.

The latter blamed Israel for blocking the conflict of the Alexander Nevsky Church because of the war in Ukraine. “We are fighting for the return of this property: we were almost there, we found all the historical documents, but with the situation with Ukraine, Israel behaved as it often does – playing both sides, playing ping-pong with everyone,” the Russian diplomat said.

Alex Tanzer, a commentator on Russian affairs, says the war in Ukraine and Western sanctions have transformed the dispute over the Alexander Nevsky Church from a small-scale local conflict into an international conflict. Transferring this symbolic property into Russian hands at this time could have serious diplomatic consequences for Israel.