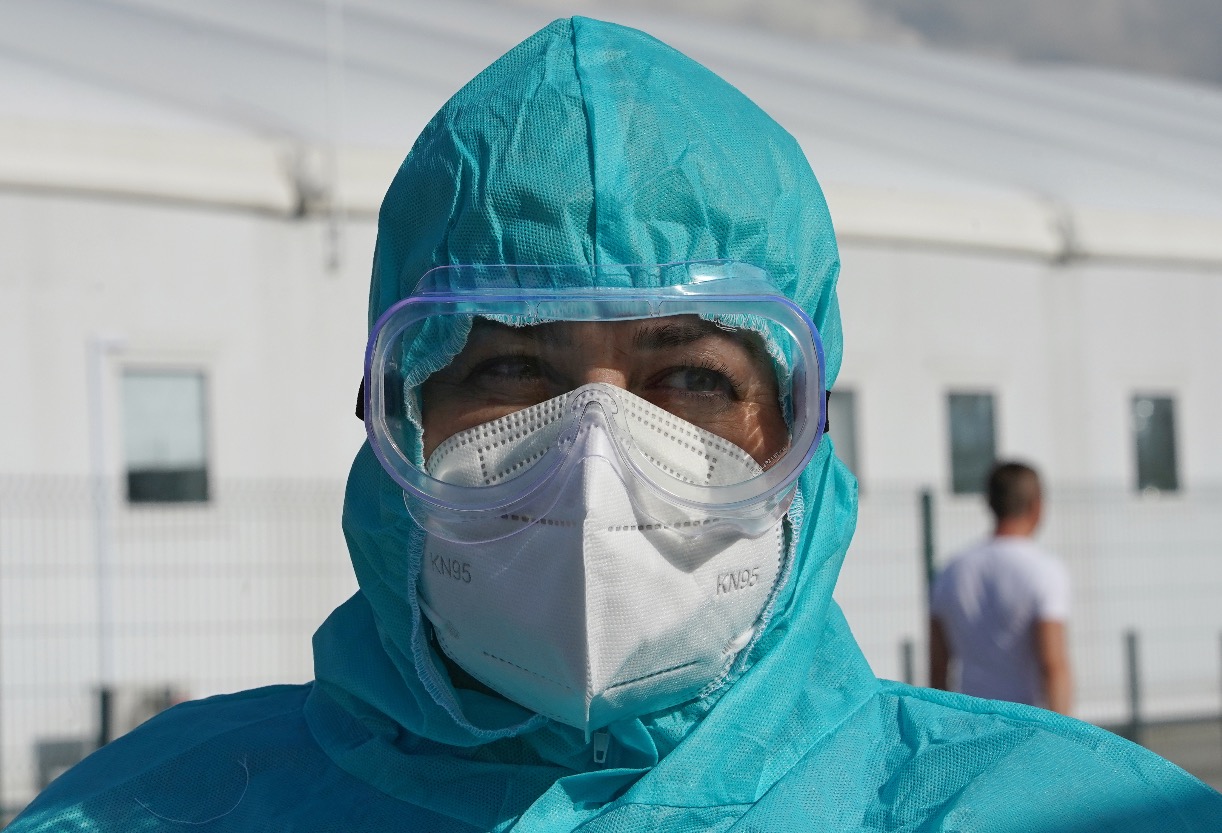 Russia is feeling the heat as it fights the Delta variant

Russia started July with a double-record week as it faces two waves: a massive heat wave that produced some of the highest temperatures Russia has seen in over a century, and a third wave coronavirus infections.

The past two weeks have been extremely difficult for Russia, as its coronavirus death toll has repeatedly hit record highs. The increase in the number of cases is mainly due to the Delta variant, which accounts for up to 90% of all new cases. The Delta variant is the most contagious version of the coronavirus in the world and spreads about 225% faster than the original version of the virus. Even more alarming, Russia has just registered its first case of Delta Plus, a mutation of the delta variant that could prove to be even more resistant to antibodies.

In St. Petersburg, hospitals are struggling to cope with an influx of patients and a lack of adequate supplies, while suffocating in the July heat and full protective gear. But not everyone is feeling the heat of the pandemic. â€œUnless I’m watching the news, this topic doesn’t affect me at all,â€ Oksana, a mother of three living in St. Petersburg, told The National Interest. â€œIn St. Petersburg, everyone walks without a mask. Everything is open. I can go to restaurants, to the movies. I don’t wear a mask and no one asks me.

Like many other Russians, she has doubts about coronavirus vaccines. A poll conducted by the Levada Center in early July indicates that 54% of Russians are not ready to be vaccinated despite the increase in the number of cases. Of those who were resistant to vaccination, 33 percent cited fear of unwanted side effects as their main caveat, while 20 percent said they were awaiting full results from clinical trials.

For her part, Oksana subscribes to a fairly common belief in Russia that vaccines undermine a person’s immune response to the virus by damaging the body’s natural immune response. The best immune response is believed to be the one your body generates naturally, and the side effects it fears are not the aches and fatigue that sometimes accompany a coronavirus vaccine, but rather the potential for developing an autoimmune disease.

There is no data to suggest this to be true. However, ideas like these are circulating among some with medical degrees or even doctors. Oksana’s mother, who also fears vaccination, is a doctor and teaches at a medical school. Likewise, Russian anti-vaccine activist Galina Chervonskaya is a member of the Russian National Bioethics Committee of the Russian Academy of Sciences. Although her YouTube videos include the warning that Chervonskaya’s immunization theses have been repeatedly refuted by specialists and doctors, Chervonskaya followers consider her one of the few authorities to turn to for reliable information on vaccines.

Notably, Chervonskaya’s theories surrounding the perceived dangers of vaccination tap into the belief that things were better or more trustworthy during Soviet times. Chervonskaya anecdotally claims that due to mass vaccination the Russian population has gradually weakened and children today are significantly less healthy than those who grew up under communism.

Increased confidence in familiar Soviet-style medicine may be one of the reasons Russians are lining up in droves for doses of the CoviVac vaccine. Maksim Tersky, chief medical officer at AO Meditsina Hospital in Moscow, attributes the sudden enthusiasm for CoviVac to the fact that it is being made in small batches, and that the scarcity signals the opportunity, especially for generations of people. who remember standing in line for items in short supply during the Soviet Union. In addition, the vaccine was developed by the Chumakov Center, founded in Khrushchev’s time, and uses familiar Soviet technology.

This is in stark contrast to the heavily promoted Sputnik V. Sputnik V is an adenovirus vaccine, which means it is a genetically modified, harmless version of the virus that elicits an immune response without causing disease. Genetically modified organism (GMO) technology is significantly newer than the type of vaccine technology used by CoviVac, which uses technology common in Soviet times, and may therefore be more familiar and acceptable to hesitant Russians. vis-Ã -vis vaccines.

While Russia currently faces an uphill battle as it strives to vaccinate its people, what is clear is that many, if not most, Russians hesitant to vaccinate are not uninformed or anti-science. Many of them have researched and made decisions about vaccination based on the testimony of people considered to be trusted experts or their own reading.

The fact that 20% of Russians polled said they were waiting for more complete data suggests that being more transparent about the clinical trial results of the four vaccines developed in Russia would go a long way in increasing confidence in the vaccines and would also help Russia. in its efforts to get its vaccines approved for international use by the World Health Organization and the European Medicines Agency. At present, none of the Russian vaccine developers have published the full results of the Phase III clinical trials. However, existing data indicate the safety and efficacy of all four vaccines.

Sergey Kharitonov, a molecular biologist at Moscow State University, told Kommersant that the Russians may be looking for CoviVac as an alternative to Sputnik V, and that it could be the vaccine of choice for those who are “tired. propaganda â€. This suggests that the message surrounding the vaccines is very important and that trust in Sputnik V – the first coronavirus vaccine approved anywhere in the world – has been severely damaged by the circumstances of its approval.

Can this trust be repaired? Judy Twigg, a professor at Virginia Commonwealth University and a public health expert in Ukraine and Russia, said several steps should be taken to change the cost-benefit calculation. â€œI think we will see more people get vaccinated because they will see that their friends and family did it without serious side effects. Another important step would be more systematic efforts to get physicians and other medical staff to send more consistent and individual pro-vaccine messages to their patients, â€Twigg said.

At present, around 16% of Russians have been vaccinated, partially or totally. The Kremlin no longer expects to meet its goal of vaccinating 60% of the population by the fall. Several regions of Russia have tried to combat vaccine hesitation by making vaccination compulsory for certain segments of the population. Those who do not comply risk losing their jobs. These policies have been largely unpopular and inadvertently spurred a black market for falsified vaccine certifications.

But despite their unpopularity, Russia’s vaccination mandates appear to drive up vaccination rates. For months, coronavirus vaccines have been both plentiful and free as Russia struggled to convince its people to line up for jabs. But now, with the implementation of immunization mandates and the alarming increase in cases, demand has started to exceed supply.

Twigg believes this can be attributed at least in part to the vaccination mandates. â€œIf we look at the immunization figures since the warrants took effect, it’s not a terrible result so far. Published vaccination rates are increasing in Moscow, and we also hear stories of queues at vaccination clinics in many areas. The mandates were an important step forward, and many private sector leaders are arguing for even stricter immunization requirements. ”

According to Twigg, the real measure of the policy’s success will come in the fall, when the weather cools and people start to congregate inside. â€œIf they haven’t reached an adequate vaccination threshold by then,â€ Twigg said, â€œthere may be no choice but to revert to some sort of lockdown – and this is true everywhere, not just in Russia. ”

Lillian Posner is Associate Editor-in-Chief at The national interest.