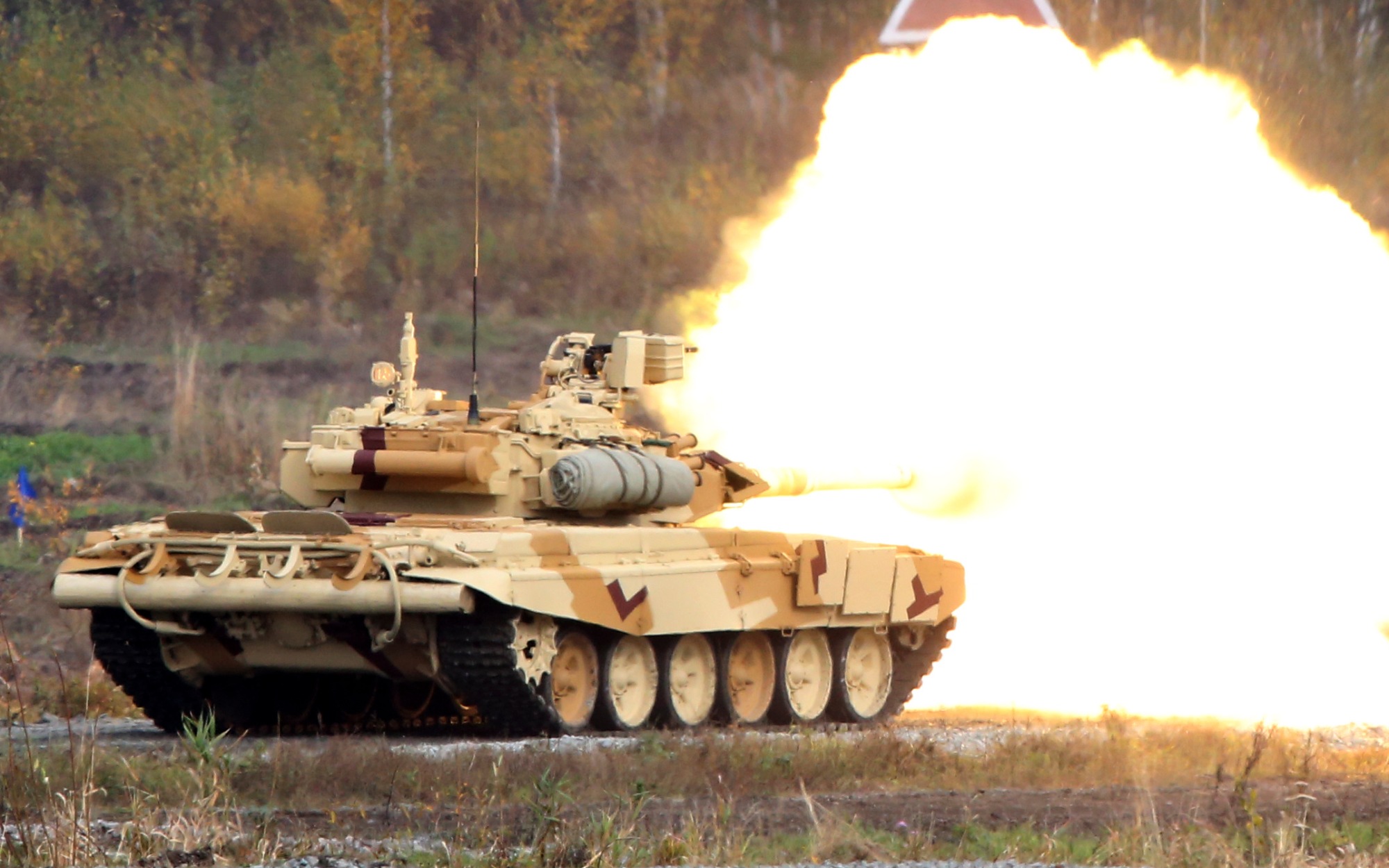 Russia, Serbia and Belarus recently organized joint tactical military exercises nicknamed “Slavic Brotherhood 2021” in Novorossiysk, on the Russian Black Sea coast. The exercises brought together 100 members of the special forces unit of the Serbian army, 350 soldiers of the airborne unit of the Vitebsk guards of the Belarusian special operations forces and more than 500 of the Novorossiysk Guards Mountain Air Assault Division. It comes barely a month after Serbia and Russia launched joint military exercises near the capital of Serbia in response to massive NATO exercises in neighboring Balkan countries, in what appeared to be Moscow’s determination to maintain its influence in the war-torn European region during the 1990s.

The exercise “Slavic Brotherhood” is an important place to improve cooperation and interoperability between their respective special forces. They have been housed on a rotational basis for several years in Russia, Belarus and Serbia respectively. Besides the obvious military aspect, war games also have geopolitical value. This was succinctly formulated by then-Serbian Defense Minister Aleksandar Vulin, who said in 2019 that such war games demonstrate how Serbia has allies in the event of “any future war in the Balkans“And that” we are no longer alone “.

So what brings together a ostensibly EU-aspiring Balkan nation with a pariah state like Belarus and an increasingly assertive and aggressive Russia that is bent on recreating the once vast Tsarist Empire?

Pan-Slavic links and the Orthodox Church

To begin with, all three are linked by Pan-Slavic ties, Orthodox Christian ties, and a constellation of strategic interests. Take Serbia and Russia for example. In the 1990s, Slobodan Milošević, then president of rump Yugoslavia (essentially a union of Serbia and Montenegro), was viewed by the West as an outlaw. Because his paramilitary forces marauded and committed genocidal violence against Bosnian Muslims and Kosovar Albanians in neighboring countries, the international community decidedly ostracized him. With hardly any friends left and under Western sanctions, he turned to Russia and Belarus. Despite rhetorical support from Moscow and Minsk, Serbia remained impoverished, isolated and deeply rooted in its bloody nationalism for years to come.

That is until Aleksandar Vučić came to power in 2014.

A former ultranationalist, Vučić has rebranded himself as the standard bearer of European integration and the leader of a “new Serbia”. Leading a country which had close ties to Russia and China and which was in urgent need of EU investment, he played a delicate balance between the various political blocs, often in collision, while trying to maintain the geopolitical and military primacy of his country in the Balkans.

As for Serbia, Russia and China are useful for one major reason: their Security Council veto which keeps Kosovo unrecognized by the UN. From the point of view of Moscow and Beijing, this is their trump card in relations with Serbia. Unbeknownst to many, a likely deal between Serbia and Kosovo would leave Russia and China little to offer its Balkan ally. Then there is the trade. In 2019, Serbia signed a free trade agreement with the Russia-led Eurasian Economic Union (EAEU), replacing bilateral free trade agreements that Serbia had previously signed with Russia and Belarus.

On the other hand, Russia continues to compete for influence to keep its fellow Serbian Orthodox Christians out of NATO and the EU, and within its geopolitical sphere of influence. Moscow is pushing to expand its military ties with Belgrade in order to prevent NATO expansion in the region. Besides Serbia, Moscow is also using the Bosnian Serbs and the semi-autonomous Republic of Srpska to prevent Bosnia and Herzegovina from joining the Western military alliance. Moscow even announced the opening of its ministry of defense office in the capital of Serbia, Belgrade, and donated huge amounts of weapons. In 2017, Russia donated six used MiG-29 fighter jets to Serbia; in 2018, it donated 11 T-72 tanks and 10 infantry fighting vehicles; in 2021 he donate 30 T-72MS tanks and 30 BRDM-2MS armored reconnaissance vehicles to the Serbian army.

Serbian politics have long been dominated by pro-Russian politicians. Few would dare to criticize Russian President Vladimir Putin, who is popular among the Serbs.

While it is widely accepted that the Belgrade-Moscow partnership is impervious to bilateral disputes, several recent disagreements have illustrated how fragile their relations can be. This was found following the signing of a agreement between Kosovo and Serbia in the White House last year, after which Maria Zakharova, spokeswoman for the Russian Foreign Ministry, insulted Serbian President Vučić. He in turn called it “vulgar” and “primitive”. Nevertheless, mutual interests prevailed.

Likewise, relations between Belarus and Russia continue to baffle observers with their unpredictability. Last year there was a big row when Belarusian authorities arrested thirty-three suspected Russian “mercenaries” from the Wagner Private Entrepreneur Group, accusing them of plotting terrorist activity ahead of the country’s disputed presidential elections. However, given that Russia almost single-handedly saved President Lukashenko following the massive anti-government protests last year, Lukashenko now has little room for maneuver. Moscow has even more reason to push for union with Belarus, or at least for greater military integration. Deepen your military integration with Belarus is beneficial for two reasons: it will limit Minsk’s ability to conduct its foreign and security policy independently and, more importantly, it will give Russia additional security in the Western strategic direction, including for its second most populous city, St. Petersburg. For Belarus, a large-scale merger with Moscow would amount to a loss of sovereignty. However, Moscow heavily depends on subsidized fuel for the protection of the regime.

In this triangle of relations, Belarus maintains strong cooperation and trade relations with Serbia. In 2015, Serbia and Belarus signed a memorandum on military cooperation. Serbia received eight MiG-29 fighter jets (due to be refurbished) from Belarus between 2018 and 2019. Despite his isolation from the international community, Lukashenko visited the Serbian capital as recently as 2019. During the bombing of Serbia by NATO in 1999 in an attempt to stop the massacres against Kosovo Albanians by Serbian forces, Belarusian President Lukashenko visited Belgrade. During Lukashenko’s official visit to Belgrade in 2019, Serbian President Aleksandar Vučić exclaimed “We will never forget your visit in 1999. You were the only world leader who, at a time when it was difficult for Serbia, came and wanted to show how much you love the Serbian people and our Serbia”.

Their economic ties are not dynamic: at the end of 2019, Belarus was the 34th partner Serbia in terms of exports and 37th in terms of imports. Although the EU is still the largest trading partner and investor in Serbia, overtaking both Russia and Belarus, Serbian leaders see little incentive to give up their ties with Lukashenko and Putin.

Then there are the oligarchs. Belarus donated approximately $ 1 billion land value to construction companies belonging to the Kari well family, well established in Serbia. Since the Karić brothers are close to the ruling coalition in Serbia and influential in shaping Belgrade’s policy towards Minsk, the close ties between the two states should remain.

There is no doubt that Moscow is the main driver of the ongoing efforts to strengthen its relations with Minsk and Belgrade. Over the past decade, Russia has forged many relationships with the aim of creating various levers of influence and friendly constituencies that would enable it to hinder further EU and NATO integration. In doing so, he played on shared historical, religious and cultural ties as a basis for deepening his military, political and economic relations.

To underpin these efforts, Moscow has actively exacerbated existing political divisions and social fissures not only in Serbia but also in Montenegro, North Macedonia and Bosnia and Herzegovina, thus empowering itself to influence local politics by breaking the political consensus as far as strategic decisions are concerned. Its media touted Russian military might and Vladimir Putin as a leader, while demonizing NATO and portraying the EU as crippling ineffectiveness and excessive bureaucracy. Moscow has also taken advantage of corruption and lack of transparency in Serbia and Belarus to win favor with local political, media and economic elites, thereby opening up business opportunities for Kremlin-friendly companies. Such efforts fueled democratic retreat and political polarization in the Balkans, while strengthening the hand of the ruling regime in Belarus.

The success of its foreign policy in Serbia and throughout the Balkan region is a consequence of the unresolved Kosovo dispute which makes Serbia dependent on the veto power of Moscow and Beijing to prevent the UN recognition of his former province. A second reason is the power vacuum generated by the untimely withdrawal of the United States from the Balkans and the subsequent inability of the EU to finalize its enlargement to the Balkans. As for Minsk, it has always sought to normalize its own relations with Brussels and Washington. Nonetheless, the reluctance of the EU and the US to speak to “Europe’s last dictator” has essentially served Belarus on a silver platter in Moscow.

Unlike Belarus, Serbia always manages to maintain a high level of independence in its foreign policy decisions. He plays on both sides: talking about reform and the pro-Western discourse in Brussels and Washington, and the Pan-Slavic discourse in Minsk and Moscow. Moscow’s activities in the Balkans are helping to distract the West from its de facto privatization of the Sea of ​​Azov and the Kerch Strait, as well as the continuation of the Hybrid War in eastern Ukraine.