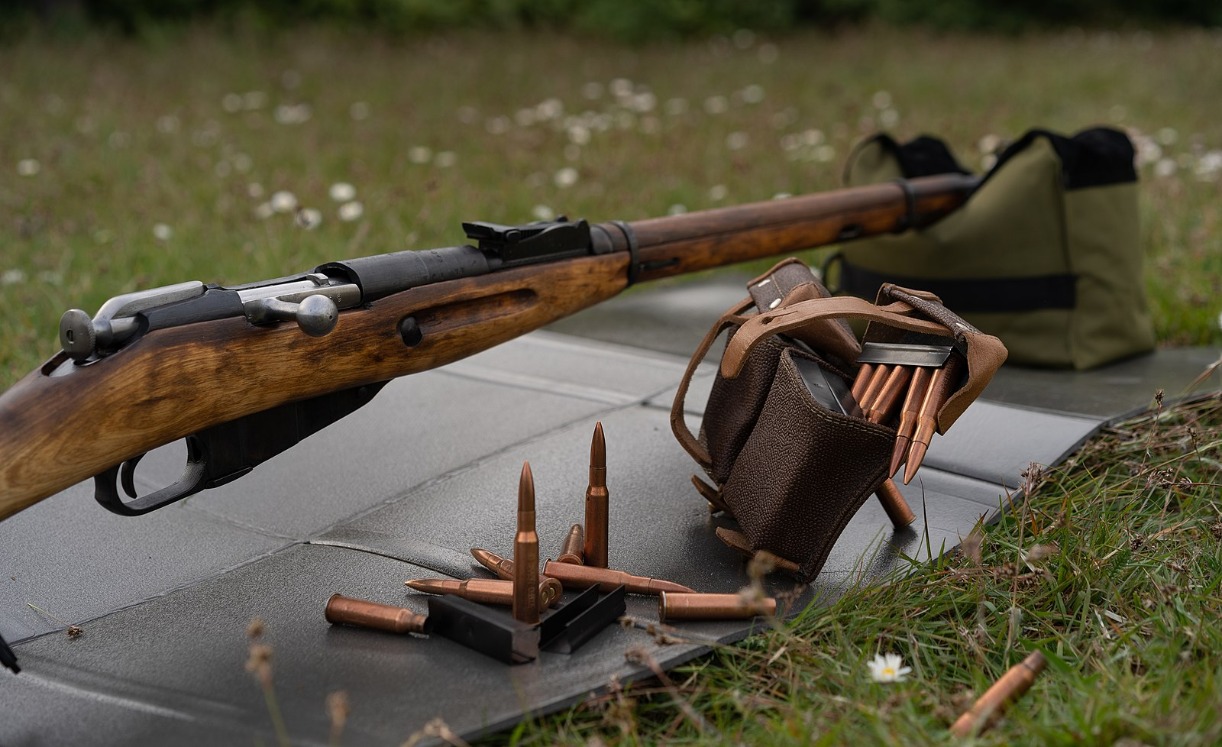 Between 1891 and 1973, over thirty-seven million M1891 three-line rifles were produced, making it one of the most manufactured firearms of the 20th century. Today, most gun enthusiasts and gun historians simply call him the Mosin-Nagant.

The development of the military five-shot, bolt-action, internal magazine rifle began after the Russo-Ottoman War of 1877-1878. While the Ten-Month War culminated in a Russian victory – in which the Russian army marched almost to the gates of Constantinople – Russian troops were mainly armed with Berdan single-shot rifles. The Turkish forces were equipped with Winchester repeating rifles, and as a result the Russians suffered heavy losses.

It was clear that the Russians were in dire need of a new main combat rifle, and the Russian Empire’s Defense Ministry began to evaluate various foreign-made rifles, including the French-made Lebel M1886. The Russian military then looked into new designs, and two seemed show promise.

The first was a “3-line caliber” (caliber .30 or 7.62 mm) designed by Captain Sergi Ivanovich Mosin of the Imperial Russian Army, while the Belgian automobile and weapons designer Leon Nagant submitted a second design for a “3.5 line gauge” (.35 or 9mm gauge). The Russian military may have shown favoritism towards the Mosin design, but the exquisite design took elements from each, resulting in the Mosin-Nagant.

However, this did not suit Nagant, who filed a patent application, and counterclaims were made that the Belgian manufacturer had borrowed elements from Mosin’s design. The problem was that Mosin – as an officer in the Russian army – could not apply for a patent, and his design was government-owned and had military secret status. In the end, the commission paid Nagant 200,000 Russian rubles, and that settled the matter. Léon Nagant and his brother Émile remained the main sub-contractors of the Russian government, and the Nagant M95 revolver even became the standard handgun of the Russian army.

Despite the fact that the Mosin-Nagant is widely used today, the rifle was never known as such in Imperial Russia or the Soviet Union. To help resolve the issues with Nagant, the rifle was even referred to simply as the M1891 3-line rifle. It was only since 1924 that the rifle was officially named “Mosin’s rifle”.

It was widely known as the Model 1891, and this version was first used with the Imperial Russian Army during the Russo-Japanese War (1905), although there are reports that some may have be used by Philippine forces during the Philippine Revolution (1896 -98). The original Russian versions were chambered in the 7.62 x 54 millimeter Russian cartridge which was later used by the Soviet Union and the Warsaw Pact countries in subsequent rifles and machine guns. The Mosin-Nagant used a non-detachable five-round magazine and had an effective range of five hundred yards.

Despite the eventual proliferation of the Mosin-Nagant, the rifle was in fact in short supply during WWI. Russian industry was unable to meet demand, and the government of Tsar Nicholas II hired the United States-based Remington Arms and New England Westinghouse to produce the rifle in the United States. The Russian government initially ordered 1.5 million.

Some 470,000 rifles were even delivered, but at that time the October Revolution brought down the Russian government and the new Bolshevik regime under Vladimir Lenin. refused to pay for weapons. As a result, another 280,000 were subsequently sold to the United States Army to help ensure Remington and Westinghouse did not face bankruptcy, and ironically many of these rifles used by American troops and British troops who were part of the Northern Russia Campaign expeditionary force to support anti-Bolshevik forces.

In 1930, the rifle was shortened – and the 1891/30 model became the most prolific variant. It was the standard Soviet infantry rifle from 1930 to 1945 and was in use throughout World War II. Various rifle versions were also produced, but the design all started with the original M1891 3-line rifle.

Let’s talk about the occult – Theologically