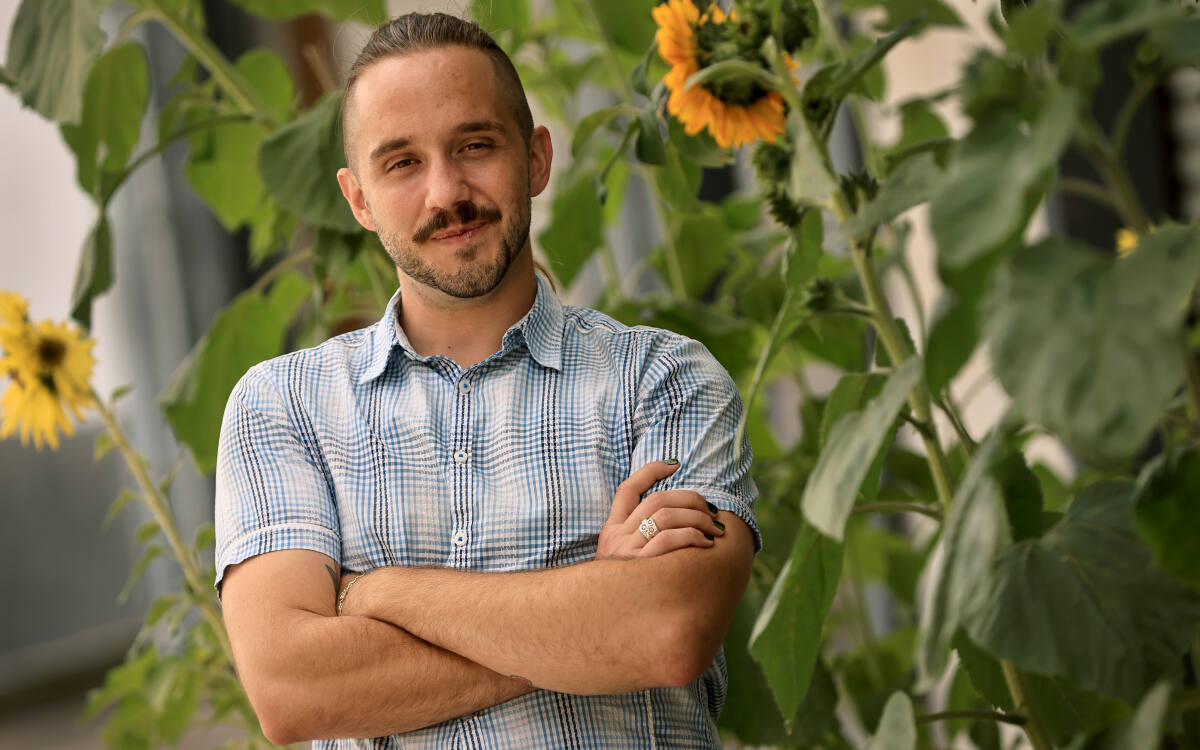 “That’s the most ironic part,” Baker said. “Religious fundamentalists see themselves as very separate and distinct. But the emotional and psychological constructs that underlie their belief systems are the same.

In a recent phone interview, Baker checked off several threads that, in his experience, cut across fundamentalist religions. He cited apocalyptic paranoia, an us versus them worldview and authoritarian leadership. Each point echoed earlier conversations with Wylder Reinman, Stapleton and Myers.

“I thought about hell every night,” Stapleton said. “I still think about it. It was a very real place. I thought we should all freak out. Like at the grocery store, it was like, ‘People we know are going to hell. How can you buy some Bananas? That’s the kind of toxic crop I’m thinking of.

“It’s so insular,” Reinman said. “You are not allowed to have friends who are not in the church. You are taught to be extremely suspicious of the world, which is a euphemism for meanness.

“When someone presses on the authority of the pastor — he’s answerable to no one but God himself,” Stapleton said. “It’s in the bylaws of the church. Everything they say or do is the last word.

This sense of hierarchy also tends to permeate into evangelical homes, in what Araya Baker has called “the dehumanization of children.”

Stapleton’s family life was good, she said. In fact, his parents often acted as a shield between the children and the church leaders. This was not the case for Reinman.

At home, Ross practiced what he called “low-key parenting,” Wylder said, a reference to a dog’s submissive posture, which children should be conditioned to emulate.

“I called my dad not long ago and said, when you hit me so hard the wooden spoon broke, that was abuse,” Wylder recalled. “My dad’s response was, ‘You’re 30 and you’re calling me about something that happened when you were 14? What’s wrong? Let it go.’ But this is the first time I’ve spoken about it and I won’t give up. It damaged me.

It was especially difficult for a dynamic and expressive child like Wylder Reinman, who lived to sing in the Calvary Chapel choir.

“(They were) the best,” said Myers, who had known Reinman since he was 5 years old. “(They were) this sweet, kind, sensitive soul. And (they) were like a magnet. (They were) attracted to people, and people were attracted to (them). (They) had this personality that was so tender and sweet and goofy. I have a 7 year old son who reminds me (them) so much.

Reinman was then known as PJ. Wylder is their chosen name.

The Reinmans first joined Calvary Chapel Petaluma, where Ross was associate pastor, then moved to start Calvary Chapel Sebastopol when Wylder was in college. The church rented the tiny New Thought Hall there, then expanded and became Calvary Chapel The Rock in Santa Rosa. Services now often attract more than 200 people.

Wylder Reinman started singing at The Rock, and once they learned to play the guitar, he started leading the cult. It was a happy childhood, especially with a light home schooling regimen that largely consisted of reading scriptures or books about Christian martyrs.

“Having a community, a youth group, summer camps, it was the best time of my life,” Reinman said. “And I loved the spiritual practice of Christianity, of being able to deprive myself for Christ. All darkness was an internal battle, and it shouldn’t be talked about.

The shadow deepened as Reinman began to mature in their sexuality.

“I started to realize that I wasn’t stepping out of my womanhood,” Reinman said. “That’s just who I am. I started noticing my dad making fun of someone’s girlish voice in a youth group. And I started to stand up to my dad – because of course I was really standing up for myself, even though I wasn’t that feminine.

At 19, Wylder Reinman got a job at a Starbucks on Farmers Lane, before moving to the town center location which was then attached to Barnes & Noble. Improbably, it became their portal to a stable life. And their long-delayed source of sex education, courtesy of gay colleagues who have been patient with them and accepted them.

“Every time I felt same-sex attraction, I felt bad about it,” Reinman said. “I saw these people who were happy and fulfilled, and something was wrong. I would lead the worship, and I would just start playing. I finally made the choice to follow my intuition instead of this hellish doctrine .

CEB approves €465 million in new loans, appoints new vice-governors and accepts Ukraine’s membership of the Bank at no cost