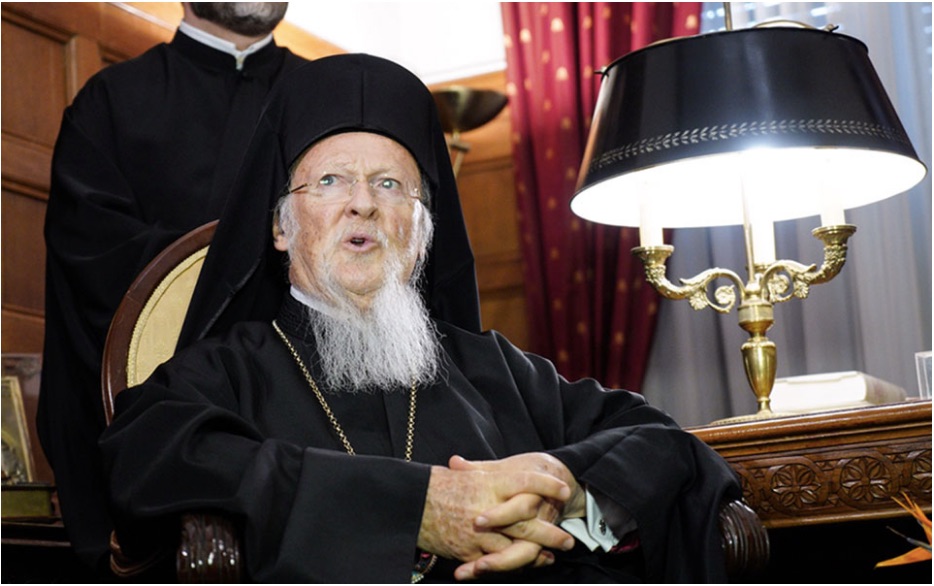 Archbishop Elpidophoros of America will welcome Ecumenical Patriarch Vartholomeos to the United States for an official visit from October 23 to November 3.

The visit, originally scheduled for May 2020, has been postponed due to the coronavirus pandemic. This is the Ecumenical Patriarch’s third official visit to the United States.

According to the official calendar released by the Greek Archdiocese of America, the visit will begin in Washington, DC and is expected to include official meetings, lunches and dinners with US President Joe Biden, Speaker of the House Nancy Pelosi, secretary of State Antony Blinken, Ambassador of Greece to the United States Alexandra Papadopoulou, and Ambassador of Turkey to the United States Hasan Murat Mercan.

Events planned for Washington, DC include a Pan-Orthodox Patriarchal Chorostasis at St. Sophia Cathedral; followed by the inaugural enthronement of the Senators for Orthodoxy and Hellenism; a lunch with the Hierarchs; a Tribute Dinner by the Order of AHEPA; the blessing of the permanent exhibition of Orthodox Christian cultural heritage at the Museum of the Bible and an ecumenical reception on Capitol Hill by the National Council of Churches.

On November 1, the American Jewish Committee will honor Vartholomeos with its award for interfaith relations and the advancement of Orthodox-Jewish relations.