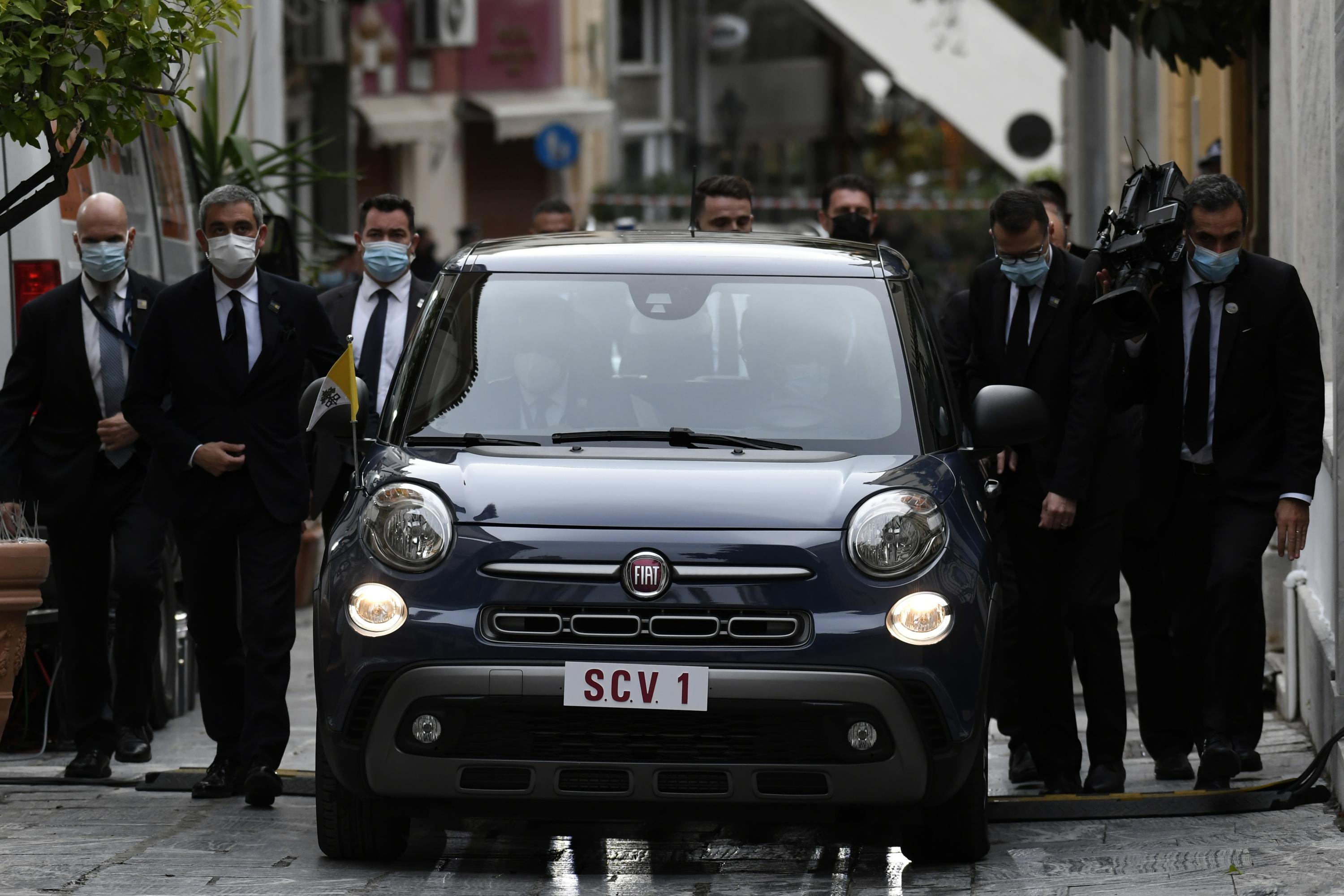 ATHENS, Greece (AP) – Pope Francis was heckled by an elderly Greek Orthodox priest on Saturday as he arrived for a meeting with the head of the country’s Orthodox Church, evidence of lingering mistrust between some 1,200 Orthodox and Catholics years after separation from Christianity halfway.

â€œPope, you are a heretic! The priest shouted three times as Francis arrived at the residence of Archbishop Ieronymos in the Greek capital of Athens. The protester fell to the ground as police were taking him away, and Francois appeared not to notice him as he entered the residence for his private meeting with the Orthodox leader.

The incident follows small protests against the Pope during his previous stopover, the island of Cyprus, which is also predominantly Orthodox Christian.

But inside the Ieronymos residence, the two Christian leaders could not have been friendlier to each other and aligned in their common call for Christians to work together to protect the environment and take care of each other. migrants. Unlike the lonely rowdy priest, Ieronymos greeted Francis “with a sense of honor and brotherhood.”

Francis’ state visit to Greece comes 20 years after Saint John Paul II made the first such visit to Greece since the Great Schism, and took the opportunity to apologize for the sins “by action or omission â€committed by Catholics against the Orthodox over the centuries. Francis renewed his apologies on Saturday in front of Ieronymos and other Orthodox prelates.

Ieronymos told Francis on Saturday that he shared the Pope’s vision of forging strong bonds to deal with global challenges such as the migration crisis and climate change.

â€œIf the global community, leaders of powerful states and international organizations do not take bold decisions, the ever-threatening presence of vulnerable refugee women and children will continue to grow globally,â€ Ieronymos warned. “Together we must shake rocks and walls against the intransigence of the mighty of Earth.”