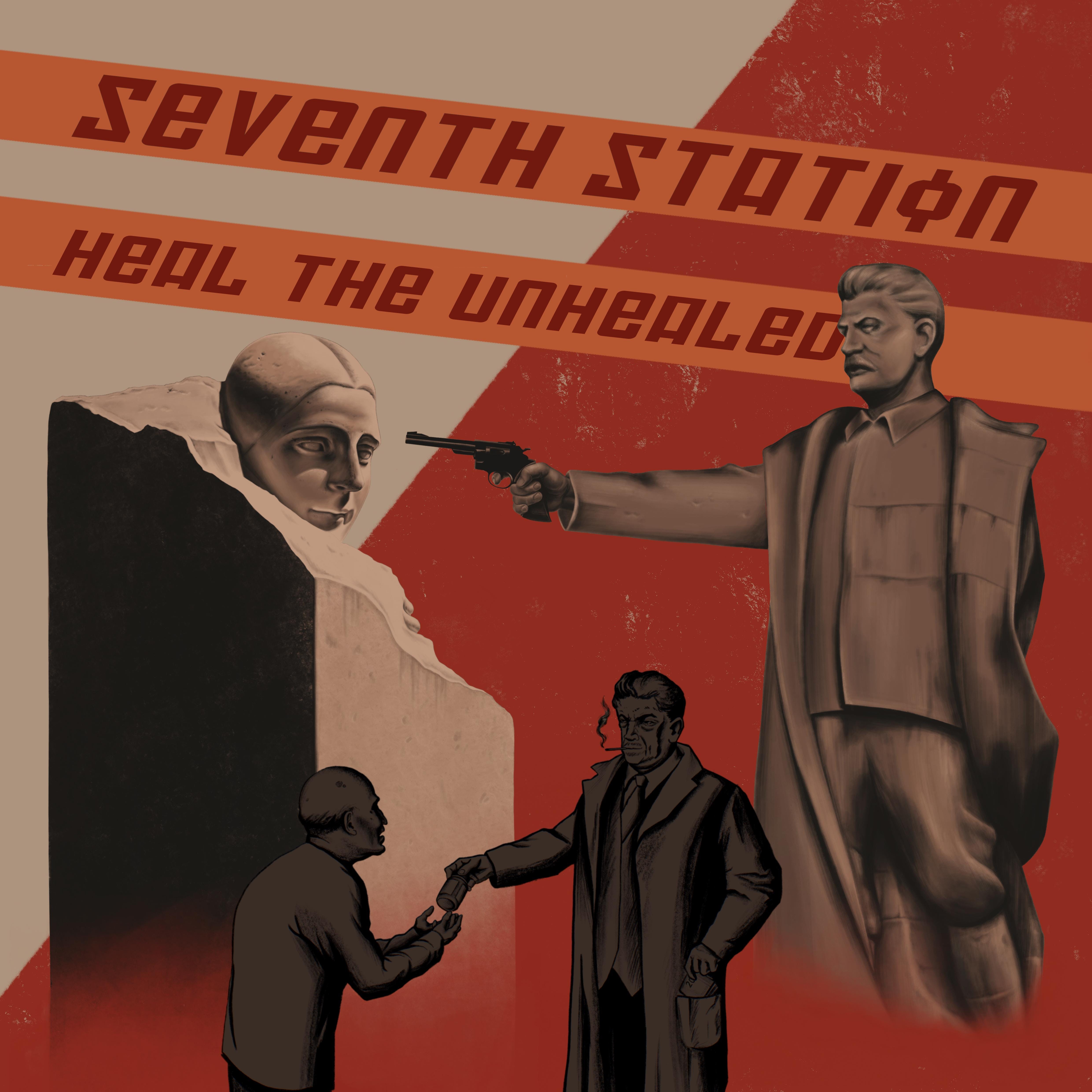 Slovenian progressive metalheads Seventh station will present their second album “Healing the Unhealed” this next November. The record is an international effort – rehearsed and recorded in five different studios on three continents ranging from the United States, Slovenia and Turkey. Full of gorgeous sweeps, heavy riffs and intricate melodies, the band creates an eclectic progressive experience.

For this sophomore effort, band founder and guitarist Dmitry Alperovich wanted to bring his personal perspective of his roots growing up as a child of the Soviet Union before his family moved to Israel, before finally settle in Slovenia.

“I went through many different circumstances and adaptation processes for each country – also resulting in anxiety and panic attacks after all these significant paradigm shifts. Heal The Unhealed is a personal reflection on these experiences and the states psychological experiences they brought, expressed through different characters, including the main actors of the conditions I experienced in the Soviet Union”, adds Alperovitch.

Today, Seventh Station presents a studio video for their third single “The Ruthless Koba”which is an original arrangement of the 10th Symphony – 2nd Movement (op. 93) by Dmitri Shostakovich.

“This instrumental track is an original arrangement of a classic orchestral epic, the 10th Symphony, second movement by Dmitri Shostakovich. The arrangement was written by Dmitri Alperovich and is the second part of the Soviet Union/Stalin trilogy. The original movement is a description by Shostakovich of the circumstances and conditions of Stalin’s wickedness as the leader of the Soviet Union. It was very important to us to represent the atmosphere of the original work, so we made a great effort to respect and celebrate it through arrangement decisions. Koba was the nickname Stalin received from his close friends and the track name is an attempt to show the duality between the “friend” Koba and the ruthless dictator.

Look and listen “The Ruthless Koba” via its premiere on MetalInsider HERE.

Following their 2016 debut album “Entre la vie et les rêves”, The seventh station second disc “Healing the Unhealed” comes out after two years of delay due to the Covid pandemic, and the band are thrilled to share their six creative and inventive progressive-influenced metal songs. Ready to be discovered, it’s a hidden gem that’s been on the shelf for far too long and its timing couldn’t be more fitting. Overall, the album reflects historical events and their mythologies throughout its listening experience. From dreamlike atmospheres to technical madness’, it’s a musically diverse record.

Vocalist Davidavi Dolev, who was first involved in writing the lyrics and vocal lines, explains in full:

“I wanted to find the right ‘voice’ for the lyrics, trying to express Dmitri’s musical ideas through surrealism and the absurd. So, lyrically, it was about magnifying even more the panic attacks that Dmitri was trying to portray, in light of harsh and incomprehensible historical events. This album could very well be a progressive assault on the ear, more for the open-minded, not at all for the faint of heart. Musically, this album chooses the long road over quick gratification but at the same time very satisfying for those who manage to cross all that orchard.

Apply classical music knowledge and techniques to progressive metal, Seventh station is an artistic progressive metal band that turns personal storytelling into an aural event that must be experienced from start to finish.

The pre-order of the album is available on www.seventh-station.com.

Formed between the Jerusalem Academy of Music and Dance and Berklee College of Music in Boston, Seventh Station released their debut album Between Life and Dreams in 2016. After moving to Europe and some line-up changes, Alperovich and Başbuğ knew no boundaries in the search for uncompromising compositions and musical, progressive and stimulating performers. After several tours between the Middle East and post-Yugoslavia, the group finds itself on the recording of ‘Heal the Unhealed’. Inspired by World War II and the Soviet Union, the album is an hour-long reflection in the eyes of Alperovich, who was born in Minsk, Belarus, moved to Israel and eventually found his way to Slovenia. Featuring surreal epics, harnessing the skillful abilities of the group to express Kafkaesque situations, Heal the Unhealed examines the similarities between dictatorships and an artist’s personality disorders.

Seventh Station is now gearing up for their upcoming album Heal the Unhealed out November 7, 2022, as well as a supporting tour across Europe and the Middle East, to be announced later this fall.

Twenty-five years of the English edition of the National Herald