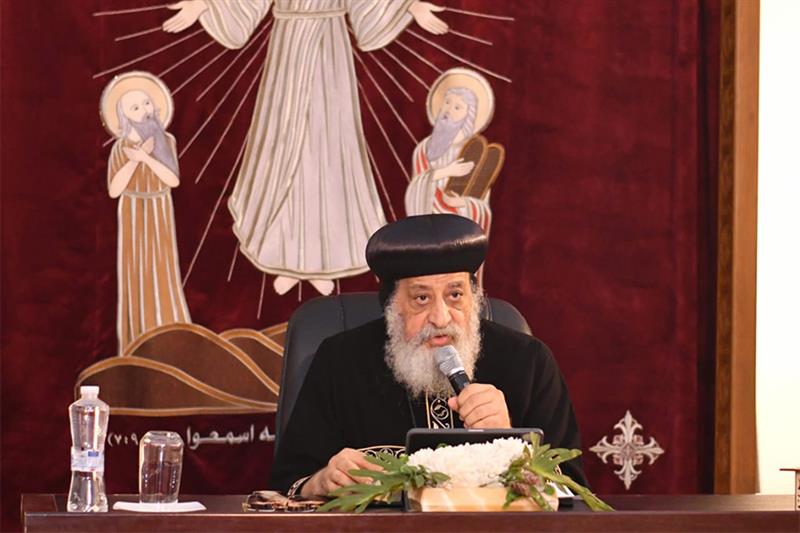 During his weekly address today, Pope Tawadros renewed his condolences to the families of the victims of the tragic fire which broke out on Sunday at the Abu Sefein Church in Giza Governorate in northern Iran. Egypt, killing 41 people, including children.

The pope said he would soon meet the relatives of the victims.

He hailed the Egyptian people’s handling of the Abu Sefein church fire incident, saying the crisis showed its “coherence and genuine nature”.

Muslims and Christians side by side worked together to put out the fire at Abu Sefein Church on Sunday and save as many lives as possible in one of Egypt’s worst tragedies.

The fire caused some families to lose many of their members, including their young sons, especially since the church building had a crèche on the top floor. The church priest, Abdel-Messih Bakhit, was also among the victims.

The fire broke out due to an electrical short circuit, according to preliminary investigations by the prosecution.

The incident drew condolences from around the world and Muslims and Christians on social media spoke out.

Along with state-set compensation for the victims, Social Solidarity Minister Nevine El-Qabbaj said on Sunday that Al-Azhar, Egypt’s highest religious authority, and civil society organizations will support the families of the victims. with 50,000 EGP.

During his address on Wednesday, the pope said the Church has received messages of condolence from Muslim and Christian communities in many countries as well as church leaders in the Middle East and outside.