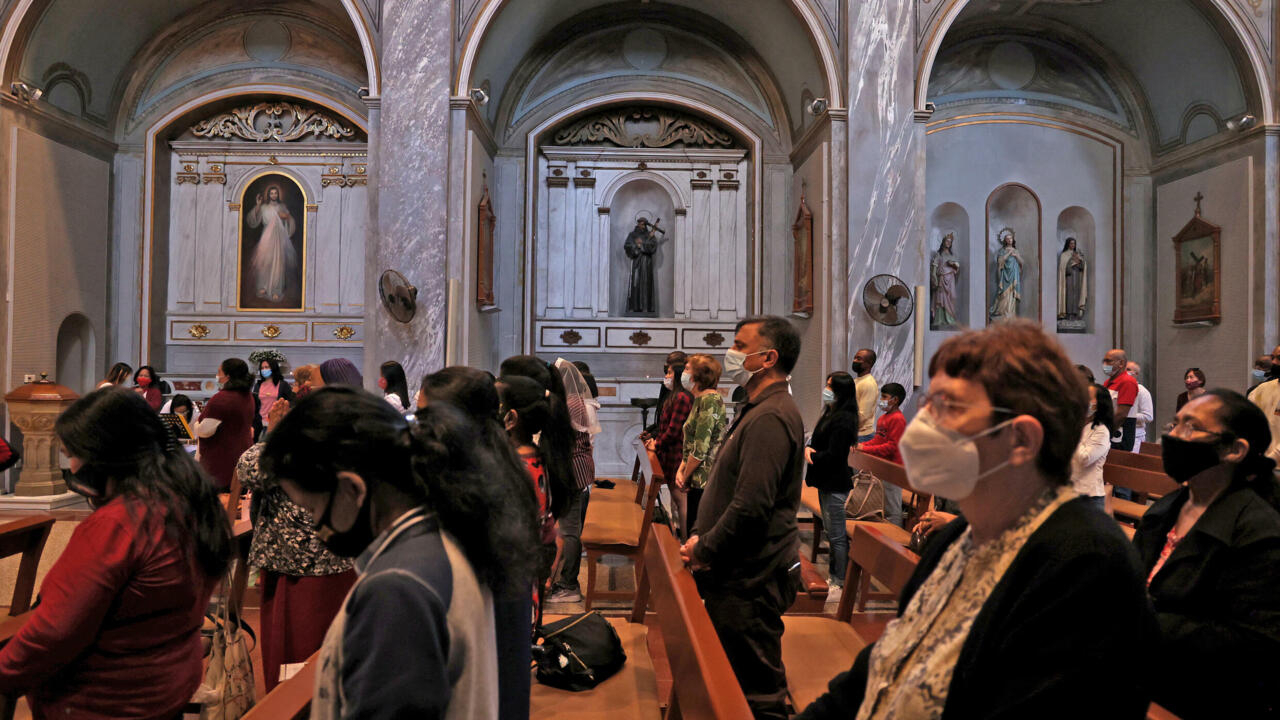 Athens (AFP) – Twenty years after the last papal visit to Athens sparked protests from monks, Pope Francis is traveling to the Greek capital on Saturday to try to improve the historically difficult relationship between the Roman Catholic and Greek Orthodox churches.

Francis visited the island of Lesbos in 2016, but his trip to Athens, which will include a mass and meetings with Greece’s highest cleric, Archbishop Ieronymos, is the first in the Greek capital by a pope since arrival of John Paul II in May 2001.

The Orthodox Church has been separated from the Catholic Church since the schism of 1054 between Rome and Constantinople, present-day Istanbul which was then the capital of the Byzantine Empire.

Hard-line supporters in Greece still blame the Pope for the split and the Fourth Crusade that sacked Constantinople in 1204.

“Welcoming a pope to Athens may seem like a paradox (…) because there is traditionally an anti-papist sentiment in Greece,” Archbishop of Athens Theodore Kodidis told AFP.

But he said the fact that most parties accepted the visit was a “sign of hope and progress”.

He added that it would be a “moment of unity” for the Catholic community in Greece, which represents around one percent of the faithful, a little more including recent migrants.

John Paul II’s visit in 2001 sparked a protest from hundreds of monks, who rang bells and flew black flags in their monasteries.

“Twenty years ago, it was very different, it was the first time that a pope came to Greece. The reluctance and resistance were much stronger,” Kodidis said.

“Today there are hostile voices but it is very marginal,” he said, insisting that “the Orthodox hierarchy in Greece will welcome (the Pope) with kindness and attention”.

Pierre Salembier, head of the Jesuit Catholic community in Greece, recognized that times have changed.

“The climate in which this reception of the Pope is being prepared is better than it was for John Paul II, where the press was disparaging and all the anti-Catholic clichés have appeared,” he declared.

John Paul II himself helped break the ice, praying on a hill where Saint Paul preached to the Athenians nearly 2,000 years ago, and asking Orthodox believers to forgive the errors of the Catholic Church Roman.

During his 2016 visit to Lesvos – for many years a key entry point into Europe for migrants and asylum seekers – the Pope was joined by Archbishop Ieronymos as well as Patriarch Bartholomew I of Constantinople , the leader of the Orthodox Christians of the world.

Hyacinthe Destivelle, director of the Institute of Ecumenical Studies at Angelicum University in Rome, declared that the friendship between Francis and the Patriarch “undoubtedly contributes to a deepening of relations with the whole of the Orthodox world”.

His trip to Cyprus in the two days preceding his arrival in Athens will also be “an opportunity to deepen relations of friendship and brotherhood with the leaders of these churches,” Destivelle told AFP.

But Jesuit priest Salembier warned that, given the declared independence of the various Orthodox churches, Patriarch Bartholomew has limited influence.

Inside the Greek Church, noted Salembier, “there are well-known anti-Catholic fanatics.”

A well-known hard-line supporter, Bishop Seraphim of Piraeus, called the pope’s visit “immoral,” according to the Union of Orthodox Journalists.

Over the past 20 years, “the Greek Orthodox community has become a little more fundamentalist,” said Petros Panagiotopoulos, a theologian at Aristotle University of Thessaloniki.

“There will be demonstrations,” he predicted, presumably few “but noisy”.

Another theologian, Nikos Zacharopoulos, however declared that “despite the dissenting voices … the Greek Orthodox Church, its clergy and its laity want to strengthen the links between the Orthodox Churches and Catholicism”.

Rising rates for most loans

The two peace missions of Europe by Kemal Derviş